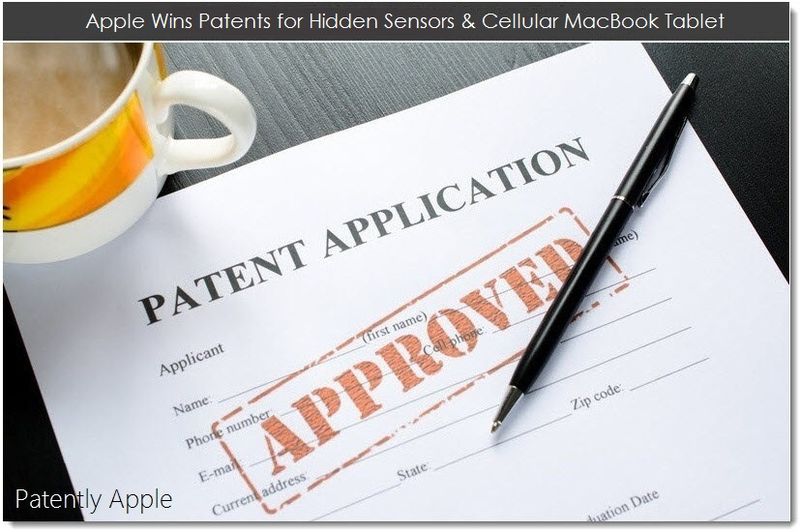 The US Patent and Trademark Office officially published a series of thirty-four newly granted patents for Apple Inc. today. In this particular report we cover two patents. The first one covers the hidden sensors that are found under the glass cover of iDevices such as the iPhone. The second patent covers yet another win for a Hybrid cellular MacBook-Tablet which is a concept that flies in the face of Tim Cook's many comments on such a device.

Apple has received a Granted Patent that relates to the iPhone's hidden sensors. In designing the iPhone, Jony Ive and his team were able to create a beautiful iPhone interface that integrated many sensors without the consumer having to see them. Sensors such as those for measuring ambient light, infrared and/or others were hidden under the darkened glass of the iPhone. 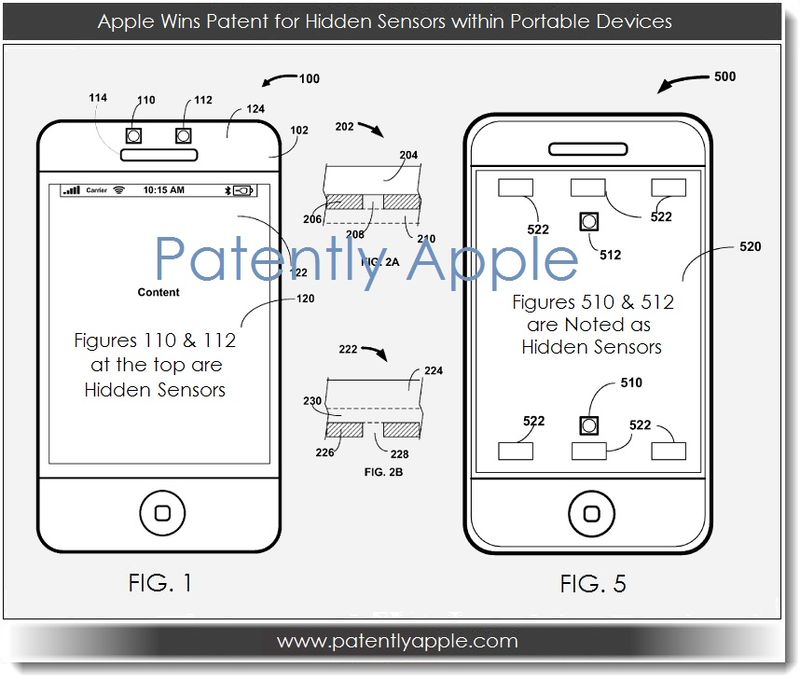 In one embodiment such as the one illustrated in patent FIG. 5 noted above, we're able to see sensors 510 and 512 which may be embedded among LEDs 522 in screen 520 for detecting features or events in the environment. By embedding the sensors in the display, the sensors may be hidden from view to the user. In some embodiments, the sensor readings may be time multiplexed with backlight LEDs so that the backlight created by the LEDs don't interfere with the sensors. To further reduce the visibility of the sensors, the light pipes used to direct the radiation may be distributed along different portions of the screen to minimize the effect of the light pipes on the displayed content.

Apple credits Richard Dinh, Chris Mullens, John Tam and Brian Huppi as the inventors of this patent which was originally filed under application 12/242,909 in Q3 2008 and published today by the US Patent and Trademark Office.

Apple has received a second Granted Patent that relates to a MacBook using a clutch barrel structure that supports both a cellular antenna and rotatable display. You could read the full details regarding this patent in our November 2011 report. 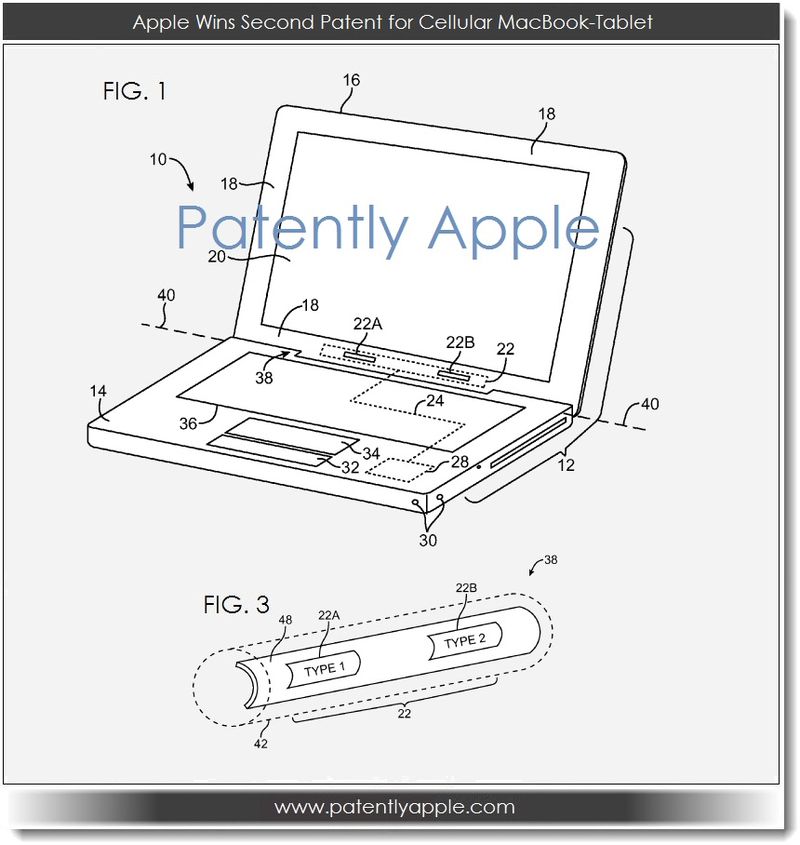 In Apple's patent FIG. 1 we see a hinge mechanism such as hinge 38 that may be used to attach the MacBook's cover to the base. The noted hinge may allow the cover to rotate relative to the base about the longitudinal hinge axis. If desired, other attachment mechanisms may be used such as a rotating and pivoting hinge for a tablet computer.

Although Apple's CEO Tim Cook has stated that he's against a hybrid notebook-tablet, it's pretty obvious by Apple's two granted patents that their engineers were given the task of designing such a beast … just in case their position on the notebook-tablet hybrid blows up in their face.

One of Cook's statements regarding a hybrid device read as follows: "You can converge a toaster and a refrigerator, but those things are probably not going to be pleasing to the user." Hmm, was that just another Apple "head fake?" Time will tell.

Apple credits Vazquez Ayala, Hao Xu, Gregory Springer, Bing Chiang, Eduardo Camacho and Douglas Kough as the inventors of this patent which was originally filed under application 13/269,150 in October 2011. Parts of this patent date back to 2008.