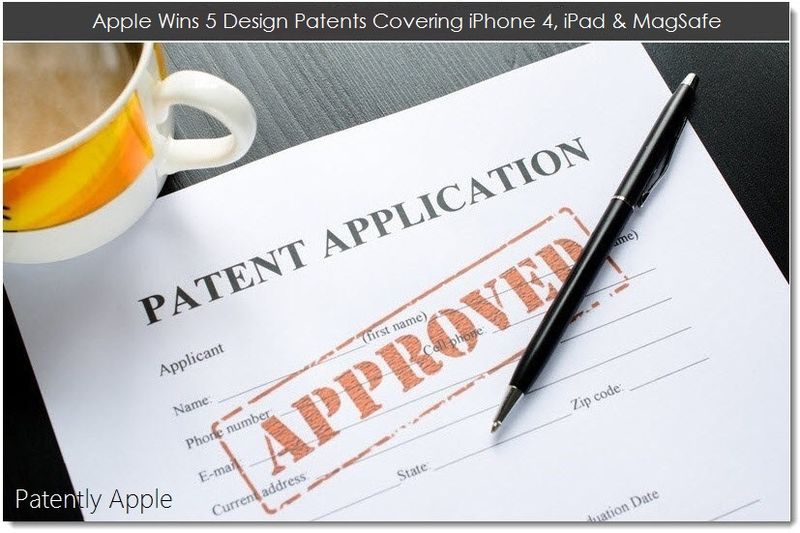 The US Patent and Trademark Office officially published a series of six newly granted design patents for Apple Inc. today. The first one is a major win for Apple's classy iPhone 4 design. The other designs that were granted to Apple today cover the iPad's bottom metal housing, MagSafe, the iPad's magnetically hinged cover and lastly, the original iPhone 4 Bumper.

Apple has been granted a series of 6 design patents this morning by the US Patent and Trademark Office. The most important may very well be the one for the iPhone 4's design as noted below. Whether or not Apple is able to apply this design patent to any pending infringement cases is unknown at this time. 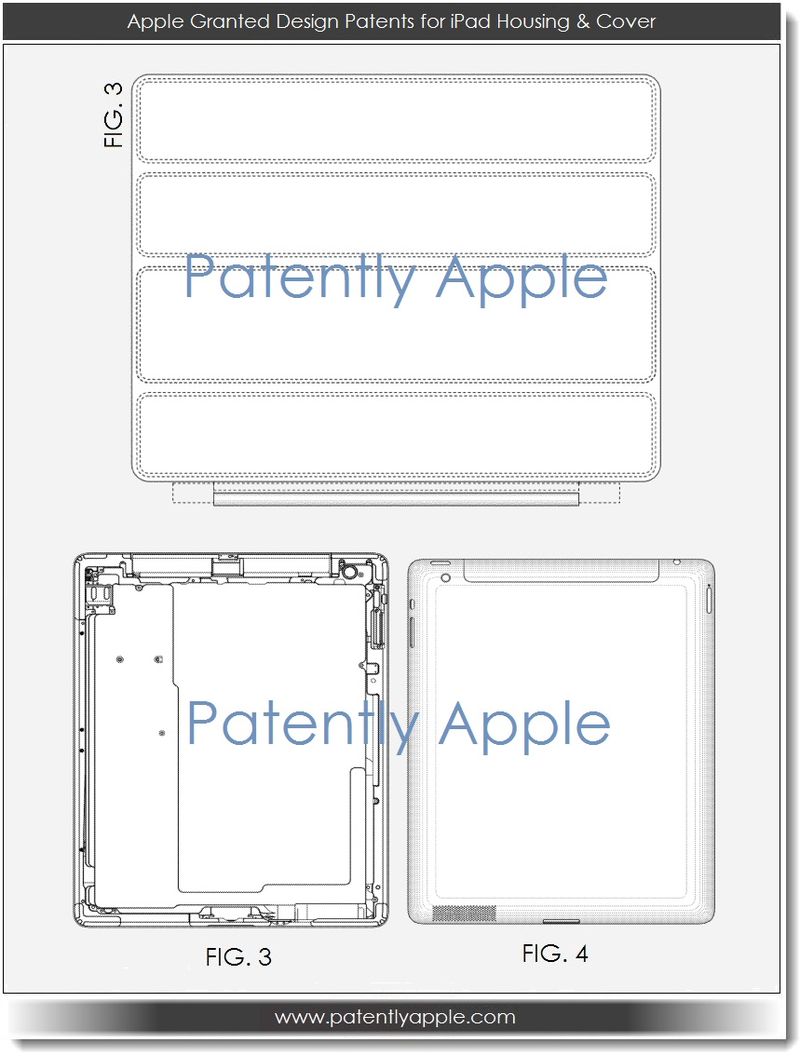 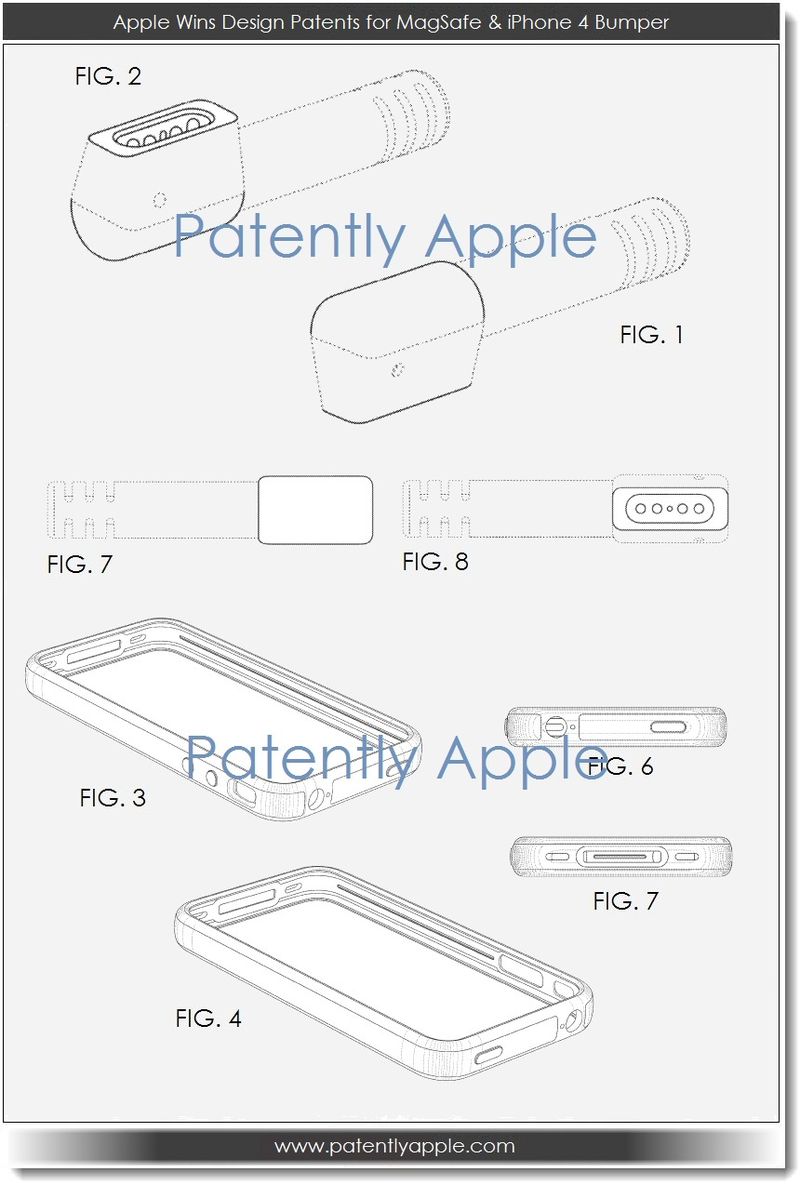 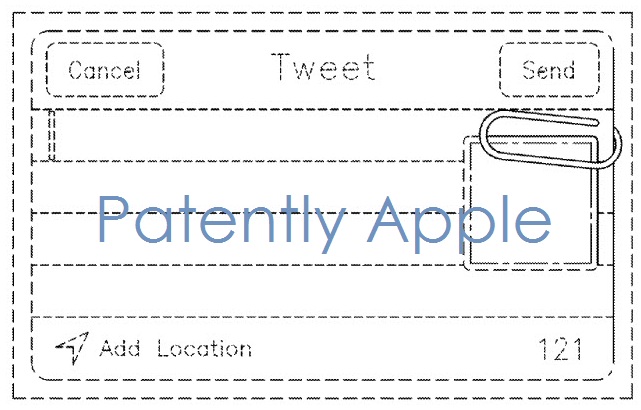