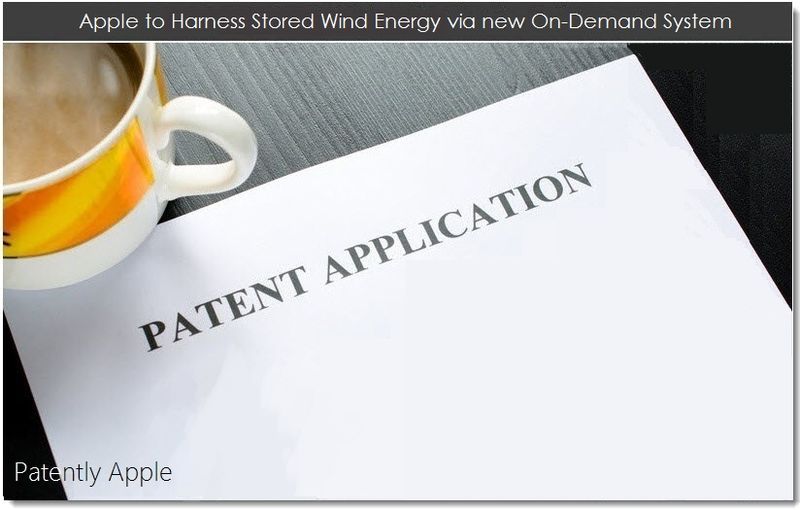 Last month we reported on Apple & Google being the top tech leaders in harnessing solar energy. In a new patent application published by the US Patent Office this morning, we discover that Apple has invented a new on-demand system to harness stored wind energy. More specifically, Apple's patent relates to techniques for storing rotational energy from a wind turbine as heat and using the stored heat to subsequently generate electricity on demand.

Wind energy technology is typically used to convert kinetic energy from wind into mechanical energy and/or electricity. To harness wind power, a wind turbine may include a set of blades and a rotor shaft connected to the blades. Wind blowing over the blades may cause the blades to turn and the rotor shaft to rotate. In addition, the rotating rotor shaft may be coupled to a mechanical system that performs tasks such as grinding grain and/or pumping water. Alternatively, the rotor shaft may be connected to an electric generator that converts the rotational energy into electricity, which may subsequently be used to power a motor vehicle, home, business, and/or electrical grid.

However, the variable nature of wind may interfere with on-demand generation of electricity from wind energy. For example, fluctuations in wind speed may hamper the adequate production of electricity from wind power during periods of peak demand, or conversely, may produce excess electrical power during periods of low demand. In turn, such variability may limit the ability to incorporate large amounts of wind power into a grid system. For example, other power stations (e.g., coal, natural gas, hydroelectric, nuclear) may be required to offset variations in electricity generated from wind power and maintain reliable electric service in an electrical grid.

Hence, what is needed is a mechanism for mitigating variability and/or intermittency associated with the production of electricity from wind energy. 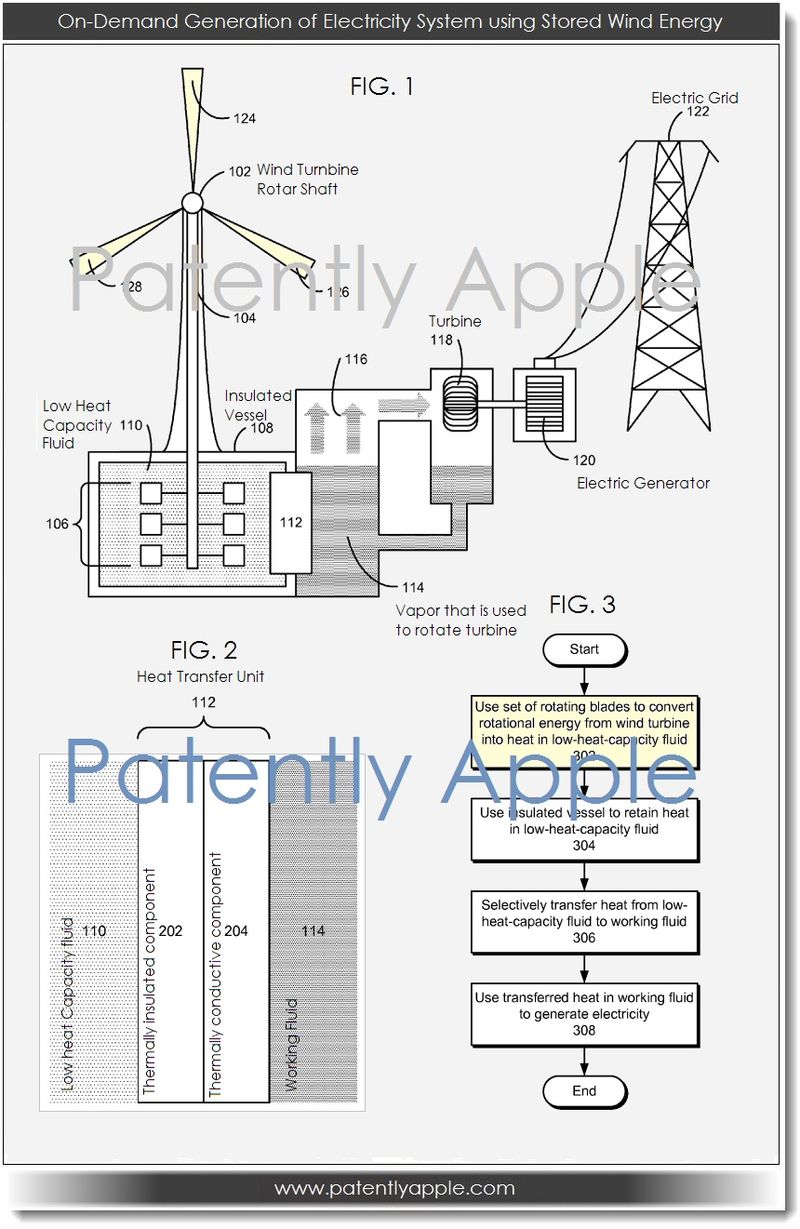 Apple's system of patent FIG. 1 above may store energy from the wind turbine and subsequently generate electricity from the stored energy based on electric demand.

The on-demand generation of electricity from stored wind energy may additionally reduce costs associated with the operation of other power stations to offset fluctuations in electricity generation from wind power.

Along the same lines, the use of mechanical elements (e.g., rotation-transmission mechanism 104, blades 106), low-heat-capacity fluid 110, and friction to store the energy may provide cost savings over conventional energy storage mechanisms such as batteries and/or pumped-storage hydroelectricity. In other words, the system of patent FIG. 1 may facilitate the effective, economical, and/or reliable generation of electricity from wind power.