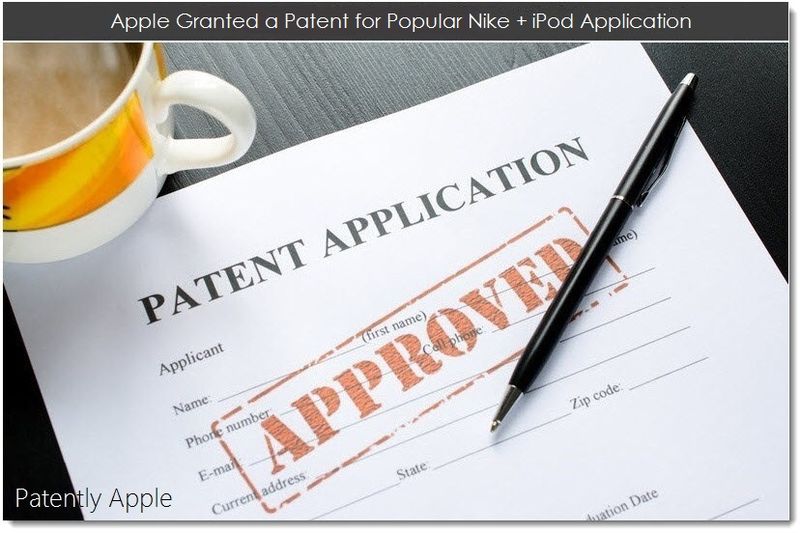 The US Patent and Trademark Office officially published a series of 36 newly granted patents for Apple Inc. today. In this particular report we cover Apple's latest granted patent relating to their popular Nike + iPod application. The patent covers the application's user interface which records the distance and pace of a runner or power walker. The application uniquely works in conjunction with an iPod that is able to stay in sync with a specialized sensor worn in or on top of one the user's running shoes.

Apple has received a Granted Patent relating to the Nike + iPod application user interface and more. Apple's patent is extremely detailed with 55 patent claims. Apple's introductory summary alone is longer than many of their entire patent applications. 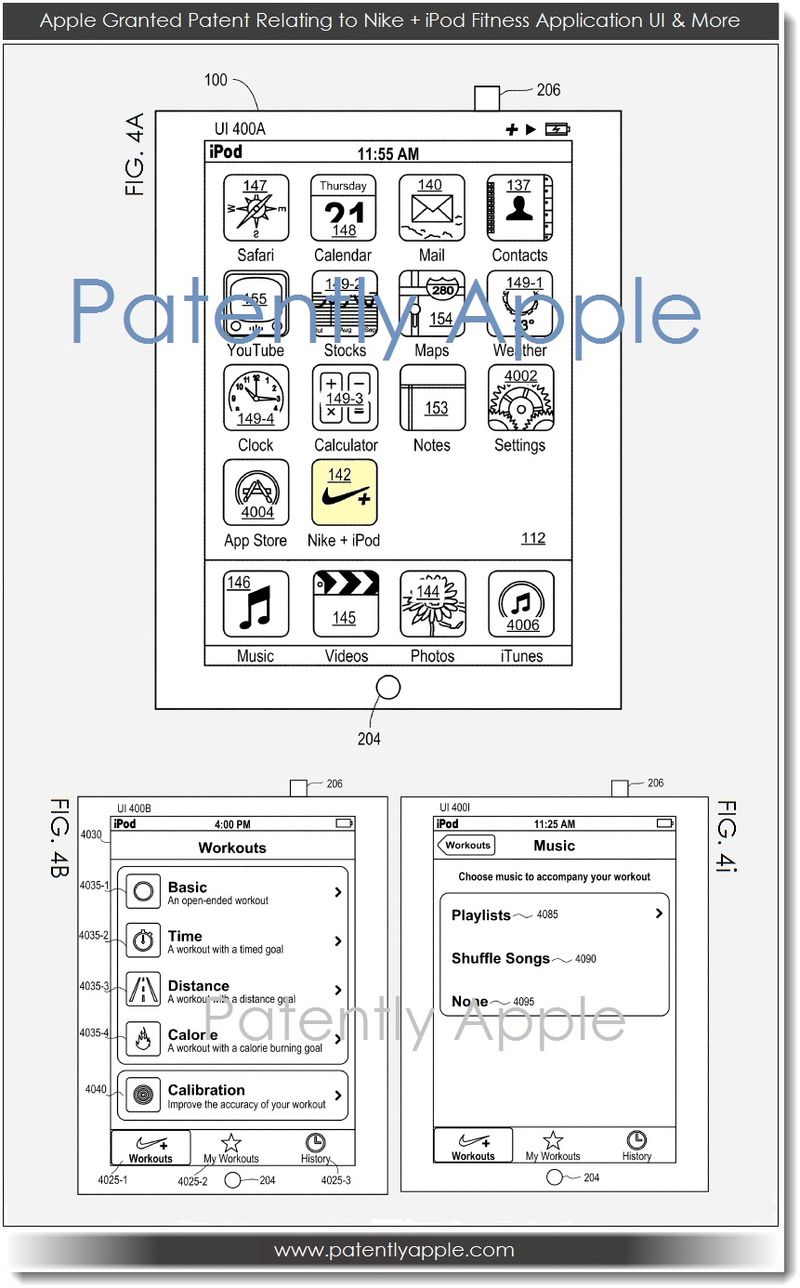 Apple credits Charles Pisula, Lucas Newman, Freddy Anzures and their Director of Engineering, iOS Applications Nitin Ganatra as the inventors of this granted patent published today by the US Patent and Trademark Office. To review the technicalities of Apple's invention, see patent 8,341,557