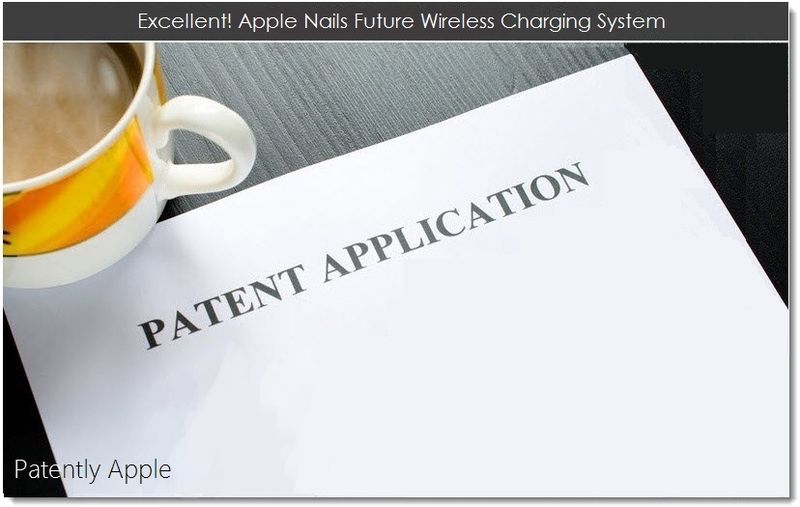 In an interview with AllThingsD after the iPhone 5's Special Event held in September, Phil Schiller stated to Ina Fried that "wireless charging systems still have to be plugged into the wall, so it's not clear how much convenience they add." Schiller added "Having to create another device you have to plug into the wall is actually, for most situations, more complicated." Obviously Schiller was fully aware of the wireless charging system that the Crazy Ones in Cupertino were developing and today the US Patent Office published the patent application behind Apple's future charging system that could charge an entire virtual charging area worth of devices at one time without the need of a charging pad of any kind. The catch is that you'll have to purchase a next generation iMac with upgraded peripherals for it to work.

Apple states that their patent covers methods, systems, and apparatus for interacting between a plurality of peripheral devices receiving power wirelessly from a wireless power supply. In one embodiment, a virtual charging area could be created. The virtual charging area will be able to extend to about one meter (3 feet) from a central station that incorporates a NFMR power supply.

The virtual charging shown in patent FIG. 2 Below, illustrates an area that could define a region in which suitably configured peripheral devices, such as a mouse, keyboard, and so on could receive power by way of a NFMR channel formed between the NFRM power supply and a NFMR resonator circuit included in the peripheral device. In this way, when both the NFMR power supply and the NFMR resonator circuit are tuned to each other, then useable power could be transferred over a power conduction channel formed between the two resonant devices. 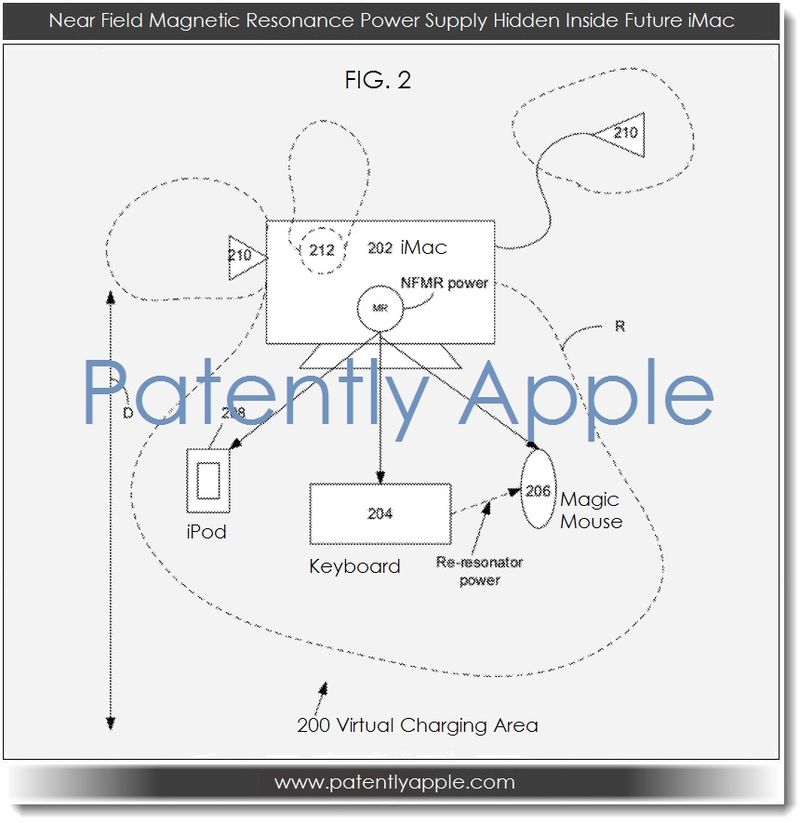 After several attempts at developing an inductive charging pad, Apple may have hit gold with their new wireless charging system based on near field magnetic resonance (NFMR) technology. Phil Schiller's commentary back in September all but confirms that Apple is focused on this latest design. 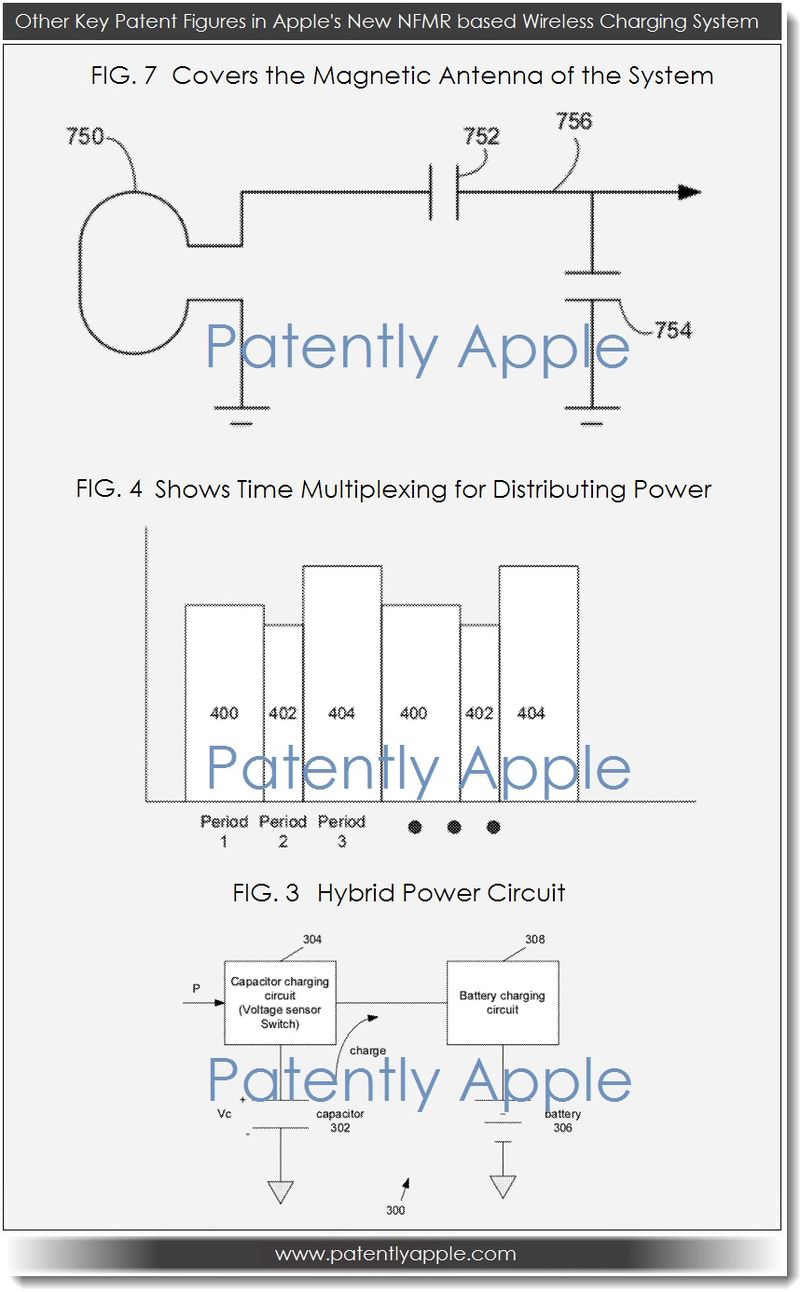 Posted by Jack Purcher on November 29, 2012 at 06:26 AM in 1A. Patent Applications, Apple Macs , Wireless Charging, Wireless technology | Permalink | Comments (3)

Thanks for that Marc. I remember seeing that a while back.

At the 3:50 minute mark of the video the charger for an iMac is presented. It's worth checking out.

This sounds a lot like witricity . I don't think it's a coincidence. I highly recommend you watch this video. http://www.youtube.com/watch?feature=player_embedded&v=FXDCR41huhQ

As good as it sounds, I feel there's considerable amount of power involved in this whole setup when it becomes a reality. Let's wait to see how good the thing turns out to be - not just functionally but safety-wise too.