A new BBC Interview with Ex-Apple Executive Tony Fadell reveals a very bitter man who was pleased to see Scott Forstall, Former VP of iOS Software, "get what he deserved." Considering that Forstall is legally unable to defend himself at this point in time, the remarks by Fadell seemed to be a cheap shot. Obviously Steve Jobs didn't have a problem with Fadell's leaving the company. In other news today, DigiTimes confirms that Intel's next generation processor dubbed Haswell is on target to release sometime in Q3 2012. Haswell is one of the most anticipated processors to come along in a long time. It's one that's been designed for the new tablet and mobile era. After the break, our report provides you with a few links to some of Apple's other patent filings that we didn't highlight today.

Some of Apple's Other Patent Filings Published Today 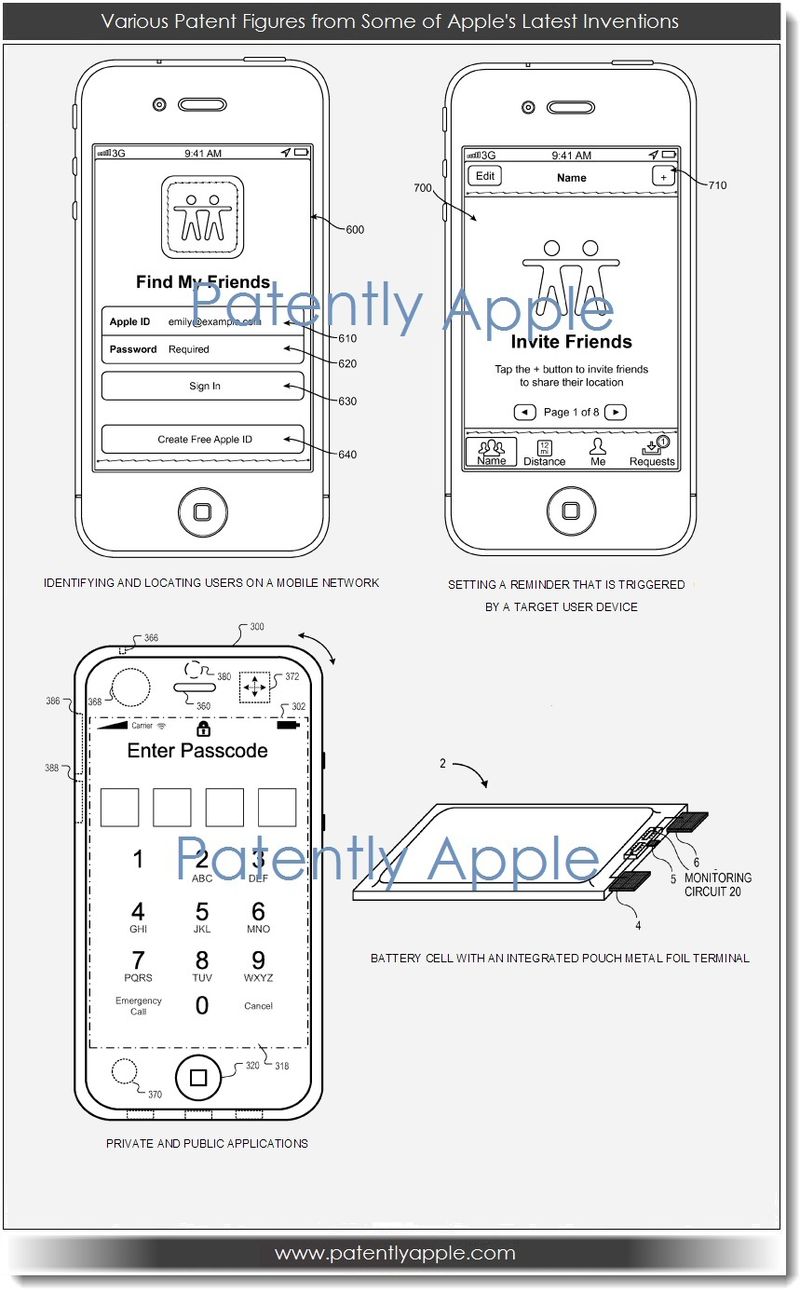 The US Patent Office published seventeen original patent applications from Apple today along with a handful of older patents that Apple re-filed in the hopes of getting them past the patent examiners.

The hottest patent application of the day that was revealed involved a next generation wireless charging system that is likely to be the one that Apple will shoot for in the future.

Yet there were a few other patents applications published today that might appeal to some in the Apple Community and we list a few of the links below to make it easier for you to check out.

SETTING A REMINDER THAT IS TRIGGERED BY A TARGET USER DEVICE

IDENTIFYING AND LOCATING USERS ON A MOBILE NETWORK

Beyond the Video: The Full BBC Report

You're making Steve Jobs out to be a saint. You need a reality check. Steve didn't fire Forstall and probably would never have.

Rubenstein? I see that you're a revisionist. Don't pin Rubenstein on Forstall. You're drinking some weird Kool-aid.

Look, Tim Cook fired Forstall over maps and yet just fired someone else for that last week. We're hearing rumors wrapped in rumors in every flavor of propaganda.

Like I said, until Forstall can defend himself, I'm not buying into the one sided argument. I've seen a lot of great minds gets stabbed in the back over my lifetime and it's not always the guy who leaves who was the problem to begin with, that's for sure.

Millah, we'll just have to agree to disagree on this one, end of story.

Thanks for your follow-up.

You can't compare Forstall and Jobs' personalities simply because they were both conflicting personalities. There's a difference between being an asshole, and being a dickhead. Yes, it sounds silly. Steve was an asshole for all the right reasons. Because he wanted perfection, and to push his employees. He wanted his employees to confront him and prove him wrong, because it showed they had a point of view. Do you really think Scott Forstall had this type of personality? Having the entire executive team refusing to work with him, and even getting two talented executives to leave (Fadell and Rubinstein), and one committing to stay after knowing Forstall was fired (Mansfield).

All of these execs who simply could not tolerate Forstall, all seemed to have had no problem working directly for Steve Jobs. Clearly there's a big difference.

I agree with you. Tony Fadell being pushed out of Apple because of Scott Forstall is known Apple lore. I also must say from the articles you have posted you have been very fair in covering Apple, especially when they started selling Tony Scott directed movies in iTunes, 48 hours after he died, you heavily criticized them for that. Keep up the good work.

Thanks for your honest opinion.

However, I disagree once again. Fadell could have just passed on the question. His story about a big cheer being heard in Cupertino when the news hit about Forstall was unnecessary and one does that as a means of "getting back" at someone. Again, he has the right to say whatever he wants, but while Forstall is unable to defend himself, I'll call it a cheap shot, because that's what it was.

Ha, defending Forstall because he had his name on patents has no bearing on my view. I report on the patent, not the personalities.

You admit not knowing what happened at Apple yet echo the sentiments of those who bitterly fought Forstall. Did you ever see him at a keynote being arrogant? No. When you're a person of influence and you push people, you're not going to always be loved. Get over it. People wrote books about Steve Jobs' arrogance and mean spirited ways, but we appreciated his vision, didn't we? Ego? If you don't have an ego in this business you should find another profession.

Anyways, until I hear Forstall's side of the situation, I'm not going along with the one-sided press at smearing Forstall. It's wrong and it reflects badly on Apple. Professionals don't go out of their way to whine about ex-employees or teammates. It's a sad affair plain and simple.

Thanks for your comment Millah. I always appreciate an honest opinion.

I'm sorry Jack, but I think you're wrong about that. If you paid any attention, Tony clearly tried to stay professional about it. The interviewer pressed him 3 or 4 times, and each time he didn't answer directly. He did not talk about their relationship or any details. He just gave an opinion.

A "very" bitter man would have likely said a lot more than that. Tony kept it professional and tried to dodge the direct question after being pressed by the interviewer.

It seems more like you have a bit of bias towards Forstall. And I surely can understand that, being that you run a patent website with Forstall appearing on many of them. But I think people inside Apple who worked with him would know him better than any of us. And if Tony considers his departure a good thing for Apple, allowing the other talented people inside who might have been suppressed by an arrogant Forstall, I'm somewhat inclined to believe him. Tony being pushed out of Apple because of Scott only reinforces that opinion, that Scott might have been preventing other talent from rising there.

Scott was brilliant. I respect virtually everything he did. I'm more sad that he couldn't keep his ego in check, than the decision to fire him. If all the rumors have any credibility, it was necessary for Apple.

Thanks for your honest opinion.

However, every site on the planet is constantly running negative comments against Forstall from bitter employees and Forstall is unable to answer legally until he leaves Apple. The press is all one sided on this, who are you kidding. Objectivity? I haven't found much on this subject.

Secondly, Fadell is long gone from Apple and to comment on Forstall now is someone who is bitter and just wants to turn the knife in Forstall’s back. He could have passed on the question. Bitter? That’s obvious. It may be justified, but bitter it is.

Thanks again for you opinion, Neil, but I disagree.

Unless you are watching some other video, your comments saying Fadellis 'a very bitter man' are a gross overstatement. He may have some bitterness, but his comments are his directly stated opinion. For your story to lead with 'Bitter Ex-Apple Executive' and the other comment above are very misleading. C'mon Man! Objectivity please...