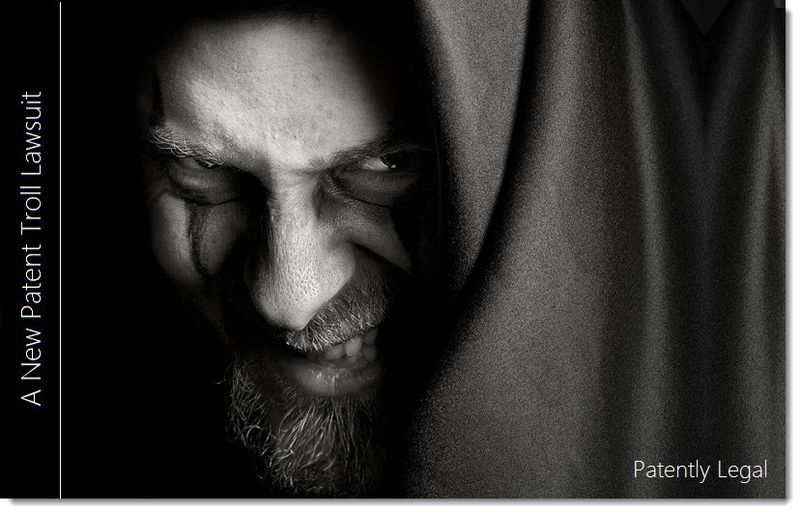 Depending on how you see it, a Luxembourg Company or Patent Troll by the name Arendi S.A.R.L. is suing Apple for patent infringement on three counts. They've already had some success suing Dell and Microsoft and now they're homing in on Apple. This time around, Arendi is claiming that Apple is infringing on three of their patents yet without specificity. In other words, they're "blanketly" stating that Apple's every product infringes their patents and they'll argue it claim by claim.

According to the official complaint filed with the Delaware court yesterday, Arendi had sued Microsoft and Dell in 2009 with one of the same patents that they're bringing against Apple which is patent 7,496,854 titled "Method, system and computer readable medium for addressing handling from a computer program." It's a patent owned by Arendi Holding Limited that's listed in the Cayman Islands.

Arendi lays it out in their complaint that in both cases (against Microsoft and Dell) the Company went before Honorable Leonard P. Stark in "Markman hearings" and in both cases the end result was obtaining a settlement from both parties. Being that they were private settlements we have no idea as to what kind of monetary gain Arendi walked away with. Yet it's safe to say that if they're back against Apple, they know that what worked before is likely to work again against Apple. In the case of Non-Practicing Entities or Patent Trolls, they have nothing to fear because Apple or any tech company for that matter is unable to counter sue them.

For the record, a Markman hearing is a pretrial hearing in a U.S. District Court during which a judge examines evidence from all parties on the appropriate meanings of relevant key words used in a patent claim, when patent infringement is alleged by a plaintiff. 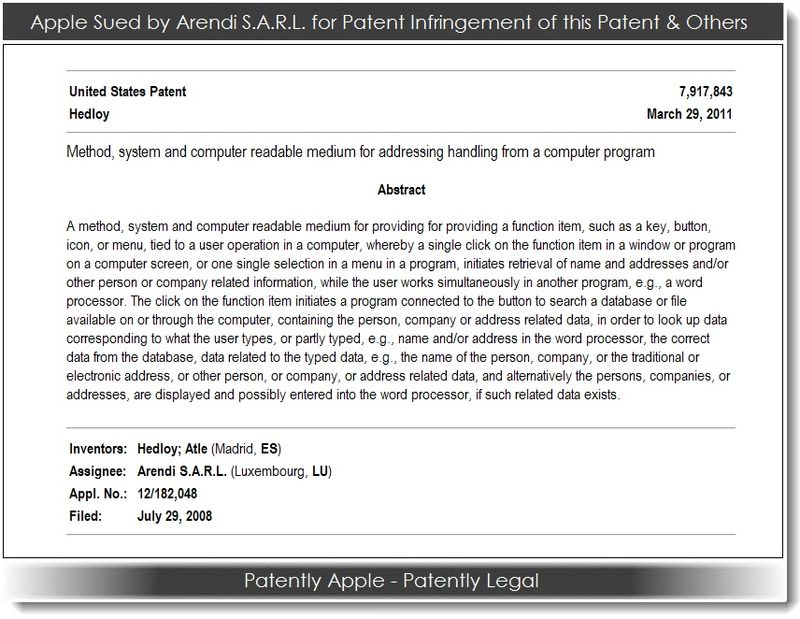 The case was filed in the United States Delaware District Court and no Judge has been assigned as of yet. Is Arendi a patent troll or an IP defender? You be the Judge.

Wow. How do these patent applications pass into grants? Isn't there sufficient prior art to render this thing void? It wasn't filed until 2008. Since computers have been around a lot longer than that, I can't believe Microsoft and Dell rolled over on this.

You dunno? Yes, it's obvious that you "dunno" much. Apple makes products and protects the products that they actually make, like the revolutionary iPhone or iPad. Apple doesn't go around suing companies without merit, or via miscellaneous claims like this troll is doing. Below is a definition of a troll so that you can't say that you "dunno" any more.

Definition: Patent troll is a pejorative term used for a person or company who enforces patents against one or more alleged infringers in a manner considered aggressive or opportunistic with no intention to manufacture or market the patented invention.

If you don't know who the troll is by now, then you're a lost cause.

I dunno what weird cult site this is but.... how does that taste for Apple? Will the real patent troll please stand up?

At present, I'd say that they're excessively vague and should be tossed out on that basis.

On the technical merit, the devil is in the details (of course), but it sounds like they're trying to claim ownership over the idea that a UI "mouse click" can be used to retrieve information ... why wouldn't that then date the relevant prior art back to Xerox Parc?

"Non-practising entities" should not be able to hold patents.In Australia we have mining leases. There are many "non mining entities" without the capability to develop the leases which hold onto them hoping that a neighbour strikes gold or oil and then buys them out for millions in the assumption that their lease also contains part of the same deposit. As my American friends would say, these entities are the "tampons of progress", holding up the flow of new products and opportunities and as long as the US allows this to happen it will adversely affect their population and their economic recovery.Some argue to shoot say 5% of all the lawyers in each year in order to keep the rest of them more honest and on their toes. In this case certainly the directors of patent trolls should be at the head of the list.

These companies should not be allowed to use a "shotgun" approach. If they are claiming infringement, then they should be forced to cite each instance of infringement by product and demonstrate to the court how that product violates their patents.

I see no reason to burden the courts (our tax payer dollars) if the plaintiff cannot cite specific examples.