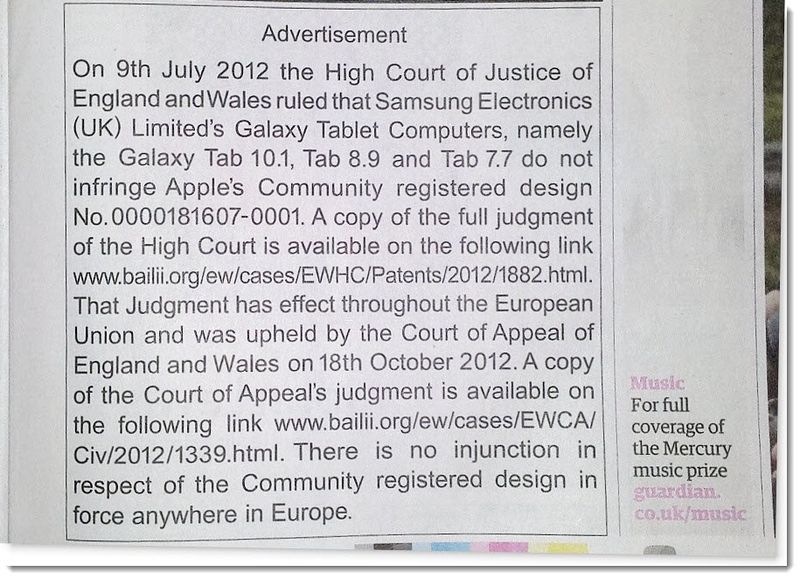 We reported yesterday that Apple was given 48 Hours to correct their apology to Samsung. Overnight, Apple ran their first revised message in UK's Guardian newspaper. The statement appears to be the same statement that it ran on its UK website, minus the additional commentary that originally got the company into trouble. Yesterday, Apple's legal representative Michael Beloff defended Apple's original notice by stating that the judges themselves had said that the apology was "not designed to punish, it is not designed to make us grovel" and that its only purpose was "to dispel commercial uncertainty." In that spirit, Apple's revised apology simply removes the additional commentary it made but still doesn't use any form of the word "apology." The revision has yet to surface on Apple's UK Homepage as ordered. Whether this will be seen as full compliance by the court is unknown at this time. The Korea Times appears to be the only source reporting this morning that the "British judges also warned Apple's top-level executives, including CEO Tim Cook, that they risk being jailed if the California-based firm fails to comply with the latest court order." It's highly unlikely that it would ever get to that point, despite the hopes of the Korea Times.