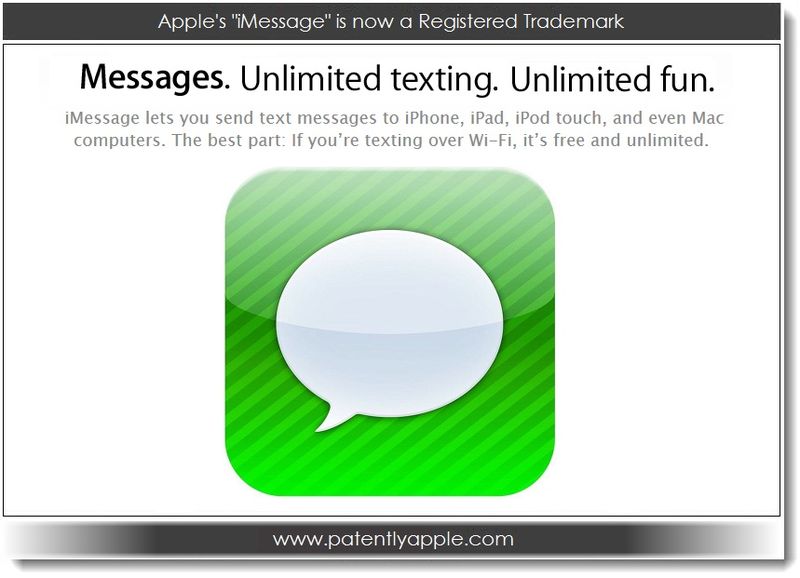 Apple's iMessage was first introduced by Scott Forstall at their World Wide Developer Conference in June 2011. Then in February 2012, Apple announced that iMessage was going to replace iChat in OS X Mountain Lion. Today, the US Patent and Trademark Office officially granted Apple two Registered Trademarks for iMessage that were originally filed for in September 2011. 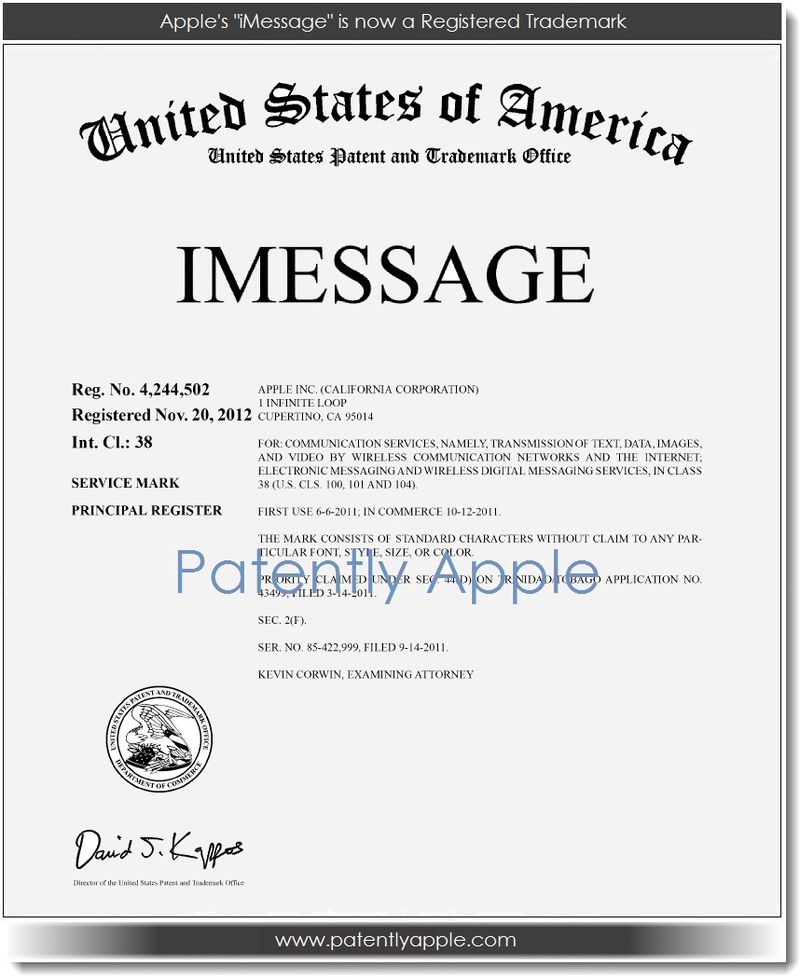 Apple's '501 Certificate was registered under class 009 which covers the following: "Computer software for the transmission of text, data, images, audio, and video by wireless communication networks and the Internet; computer software for electronic messaging and wireless digital messaging."

Apple's '502 Certificate was registered under class 038 which covers the following: "Communication services, namely, transmission of text, data, images, audio, and video by wireless communication networks and the Internet; electronic messaging and wireless digital messaging services; information, advisory and consultancy services relating to all the foregoing."

For those unfamiliar with Passbook, it's an application in iOS that allows users to store coupons, boarding passes, tickets, store cards and other forms of mobile payment. It was designed by Apple and announced at their 2012 Apple Worldwide Developers Conference held in June. The application was officially released with iOS 6 on September 19, 2012. 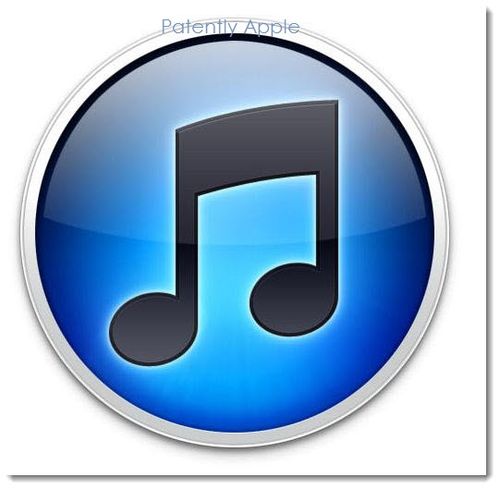