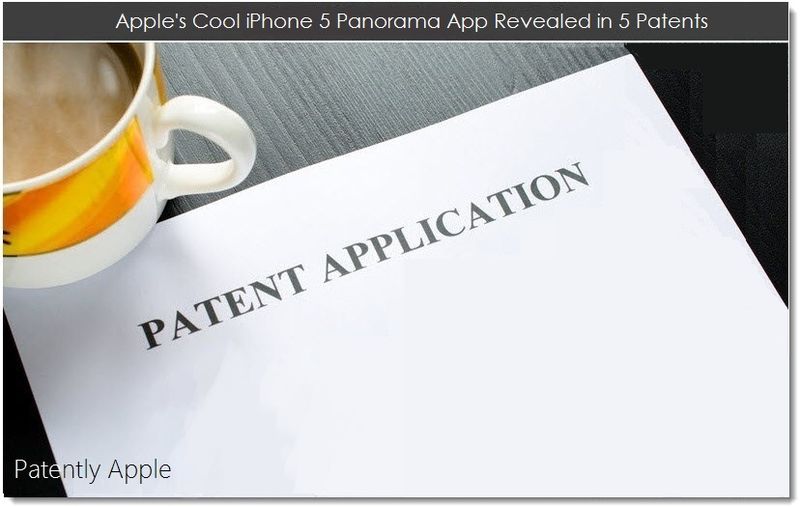 Five extremely detailed patent applications pertaining to the iPhone 5's new camera App called "Panorama" have been published by the US Patent Office today. Technically speaking, panoramic photography may be defined generally as a photographic technique for capturing images with elongated fields of view. An image showing a field of view approximating 160 degrees wide by 75 degrees high may be termed "panoramic." Additionally, panoramic images generally have an aspect ratio of 2:1 or larger, meaning that the image being at least twice as wide as it is high. Technicalities aside, Panorama is one of the coolest iPhone apps to date and if you love taking pictures, then you're going to love the ability to take shots like you've never been able to do before. Taking photos at concerts, of the Rocky Mountains, of a downtown street festival or just a large group of graduating friends is going to take on a complete new dimension that was unavailable on an iPhone, until now. Today, you'll be able to explore Apple's five new patent applications that reveal how they've designed this app.

During September's Special Event for the iPhone 5, Apple's VP Worldwide Product Marketing Phil Schiller introduced one of the coolest camera app features to date for the iPhone called Panorama. 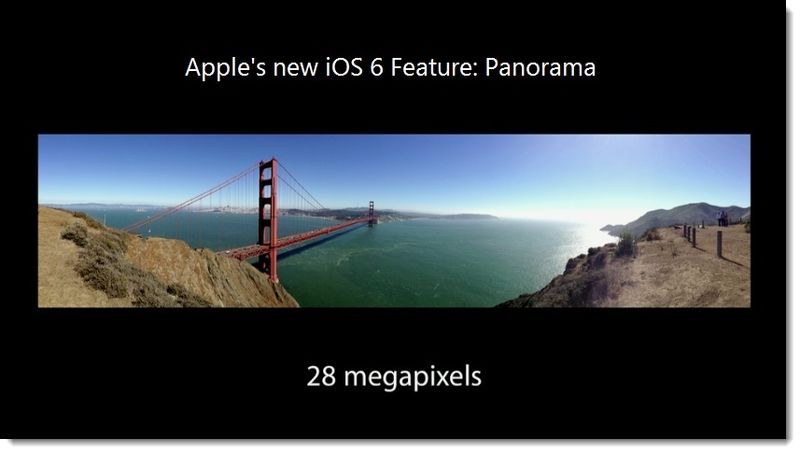 With 8 megapixels, advanced optics, and a new panorama feature, the iSight camera on the iPhone 5 is able to capture more of what you see. You're now able to move the iPhone's camera across a scene you're interested in with up to 240 degrees of freedom. The gyroscope, A6 chip, and Camera app work together to create one seamless shot. And with a resolution of up to 28 megapixels, every shot is stunning.

Although Apple may not have been first with this feature, as Android phones have had access to this kind of app through third-party software developers like Photaf, it's safe to say that Apple does it in style. The technology behind Apple's Panorama feature is many layers deep. Today, five new patent applications were published by the US Patent Office that proves this point out.

Apple's patent FIG. 1 illustrates a system for panoramic photography with the assistance of positional sensors; FIG. 3 illustrates an exemplary panoramic scene as captured by an electronic device. 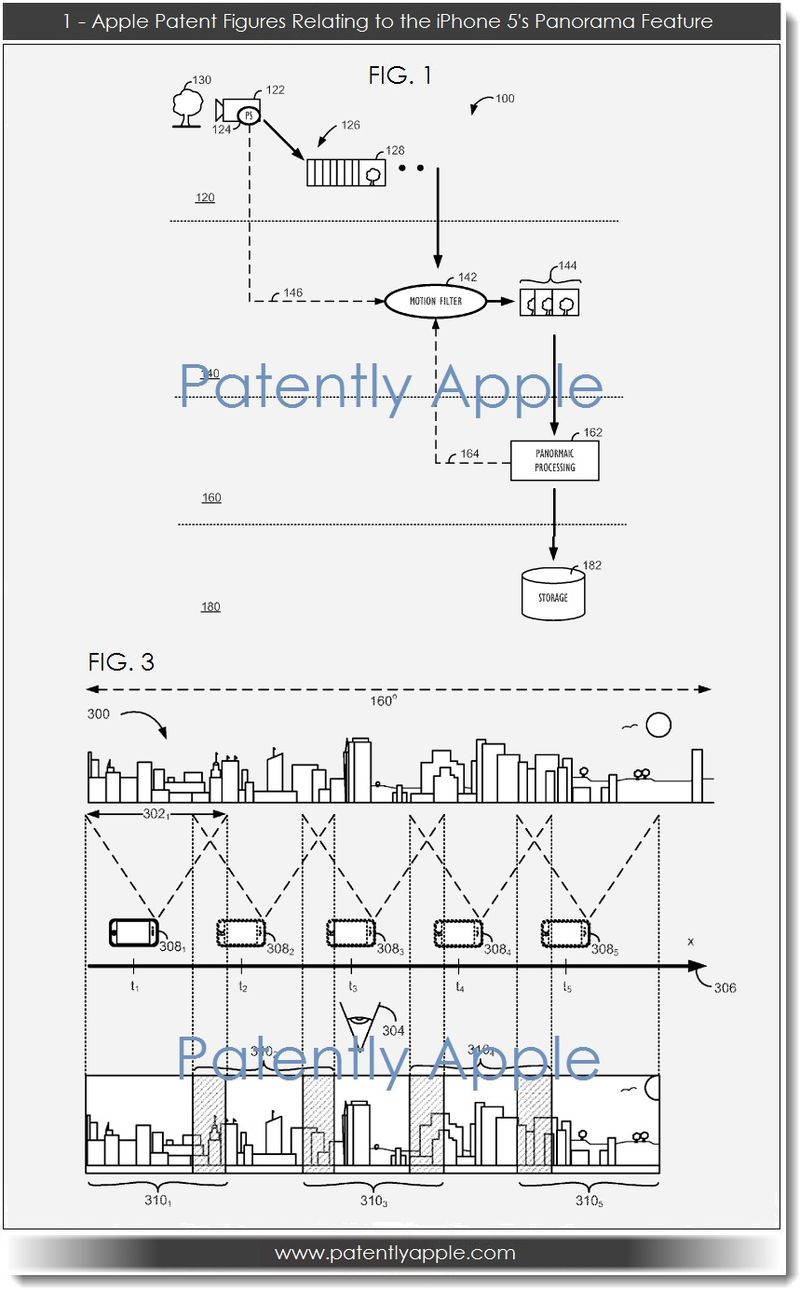 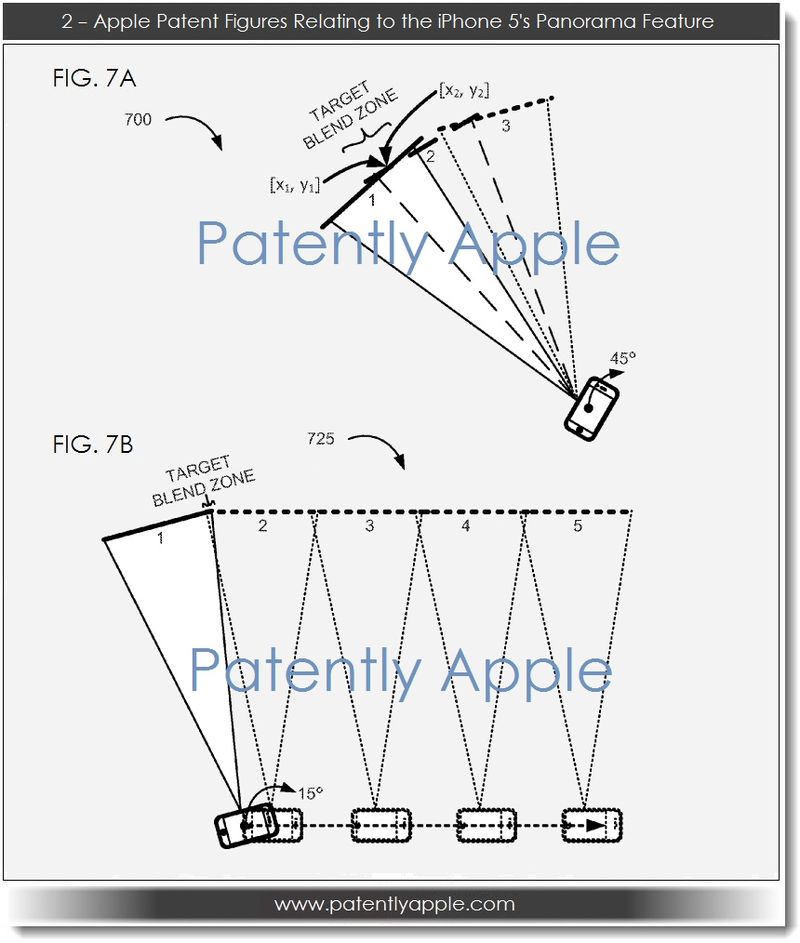 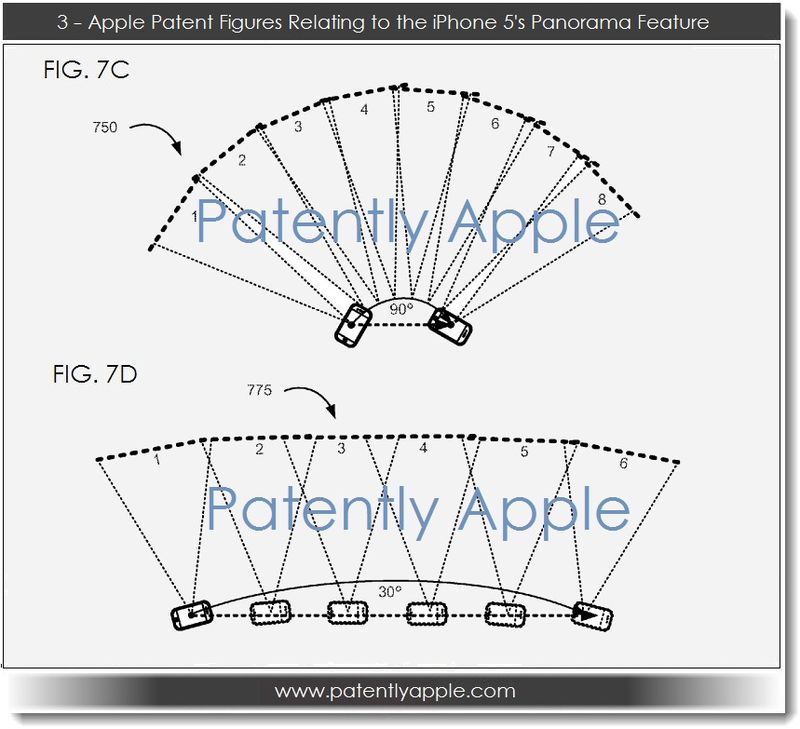 Apple's patent FIG. 11B of patent 20120293607 illustrates an exemplary split graphics processing pipeline for panoramic photography, in accordance with one embodiment. 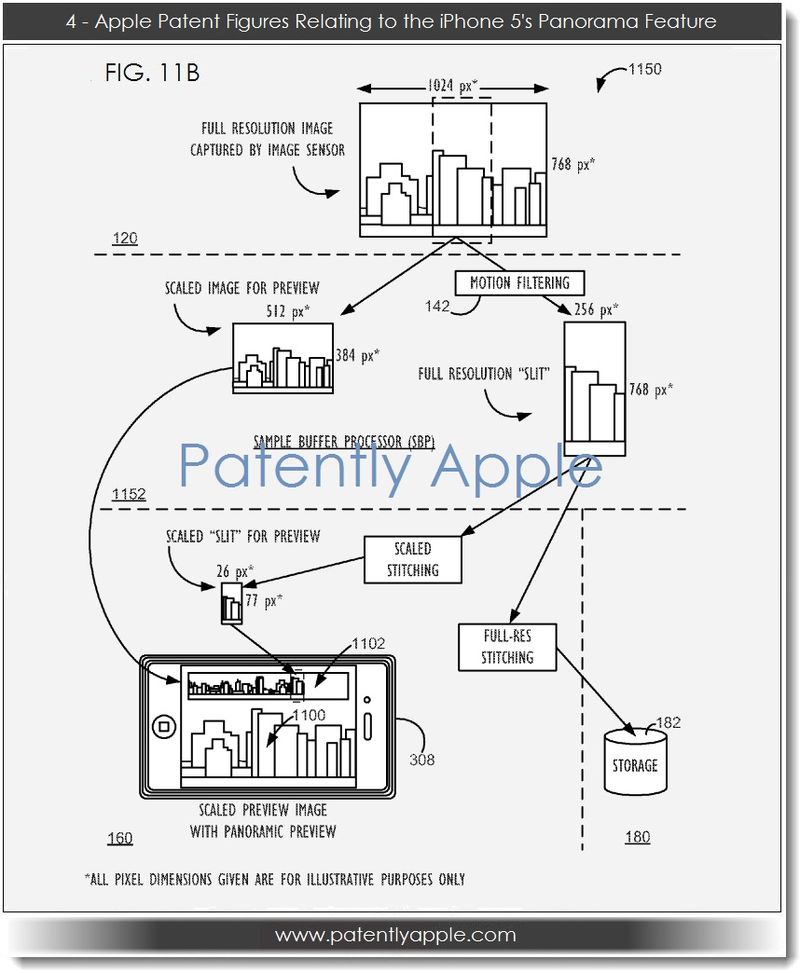 Apple's Senior Software Engineer Frank Doepke is one of the leading engineers that are listed on all five patents. Mr. Doepke's specialty is iPhone camera Algorithms. All five patents were filed in May 2011. That's another five patents fulfilled in 2012.