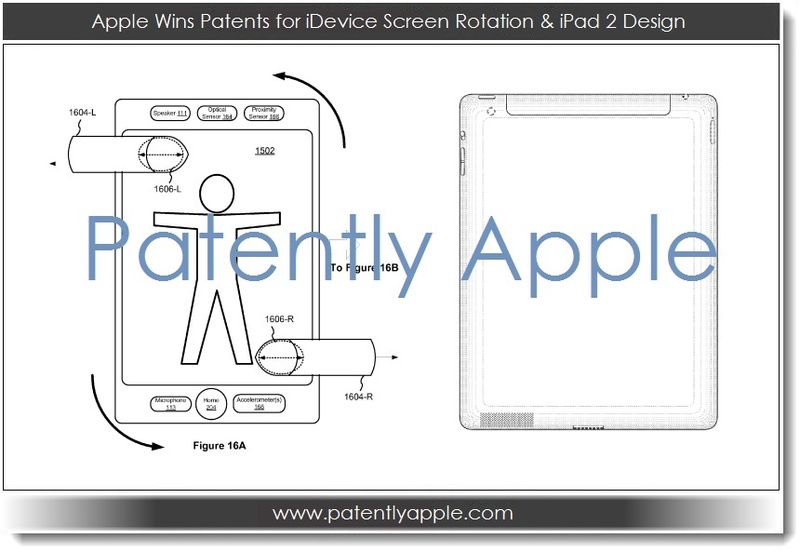 The US Patent and Trademark Office officially published a series of 28 newly granted patents for Apple Inc. today. Our first patent report of the day covers Apple's screen rotation patent relating to a touch-screen display. Late last week Apple lost their bid to nix a patent troll's screen rotation suit which used a patent that focused on a desktop display that could physically change the orientation the screen from landscape to portrait. Apple's iMac doesn't do that. Apple's touchscreen iDevices change orientation but it would appear to be a completely different approach. With that said, Apple is off to battle the troll. Lastly, Apple has been granted three design patents with the iPad 2 cellular model being the most important. 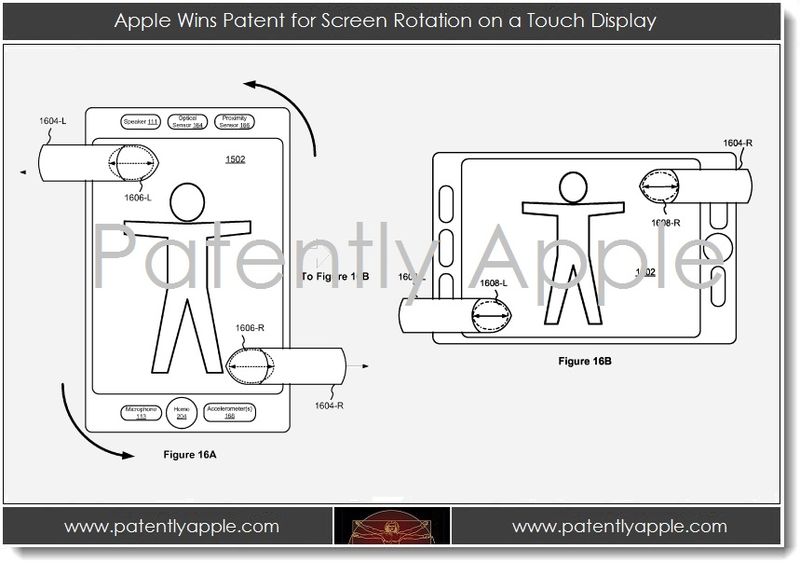 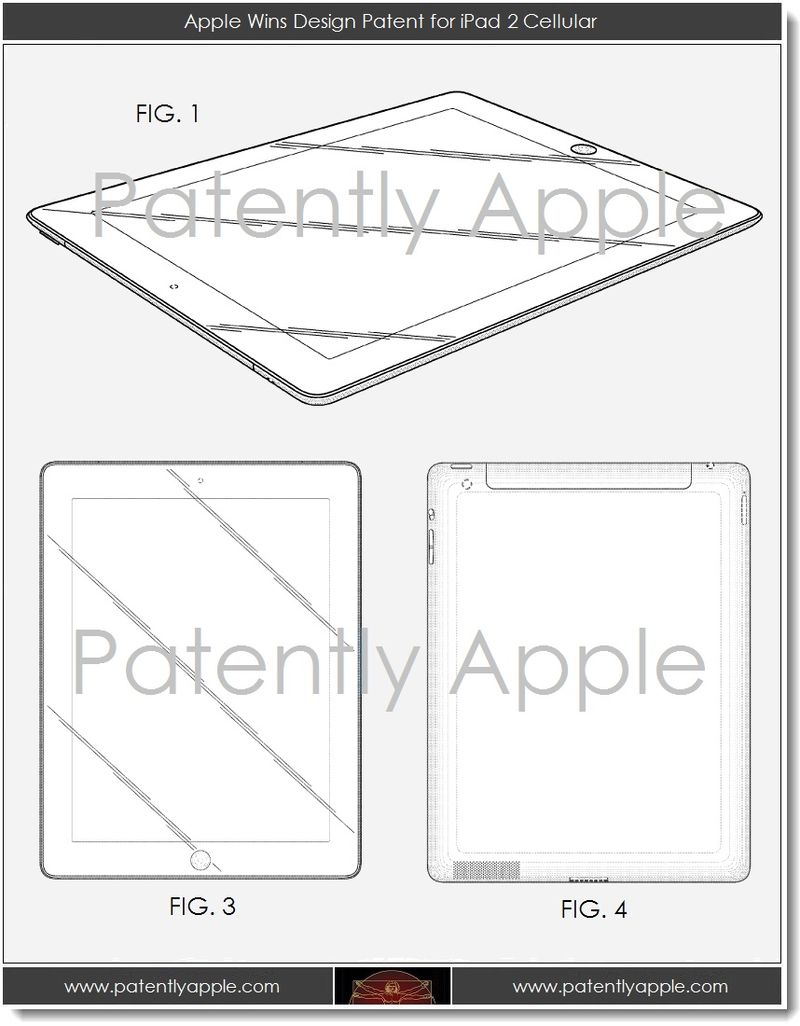 Apple has been granted 3 design patents today which cover the iPad 2 cellular (D670,692), the original iPad cover and the animation of an iBook turning a page.