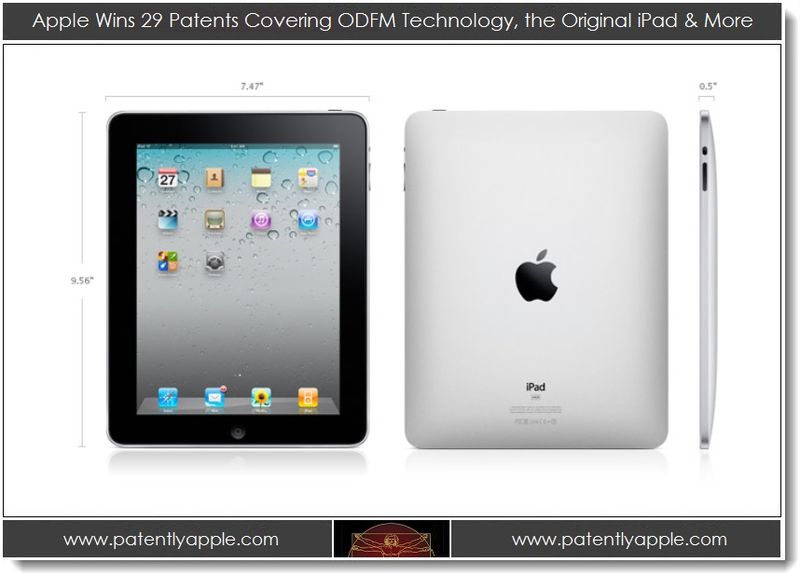 The US Patent and Trademark Office officially published a series of twenty-nine newly granted patents for Apple Inc. today. In our second granted patent report of the day we cover the original iPad design which credits the late CEO Steve Jobs, two Nortel patents that Apple acquired for ODFM technology and list out the remainder of today's granted patents in our Final Patent Round Up section. 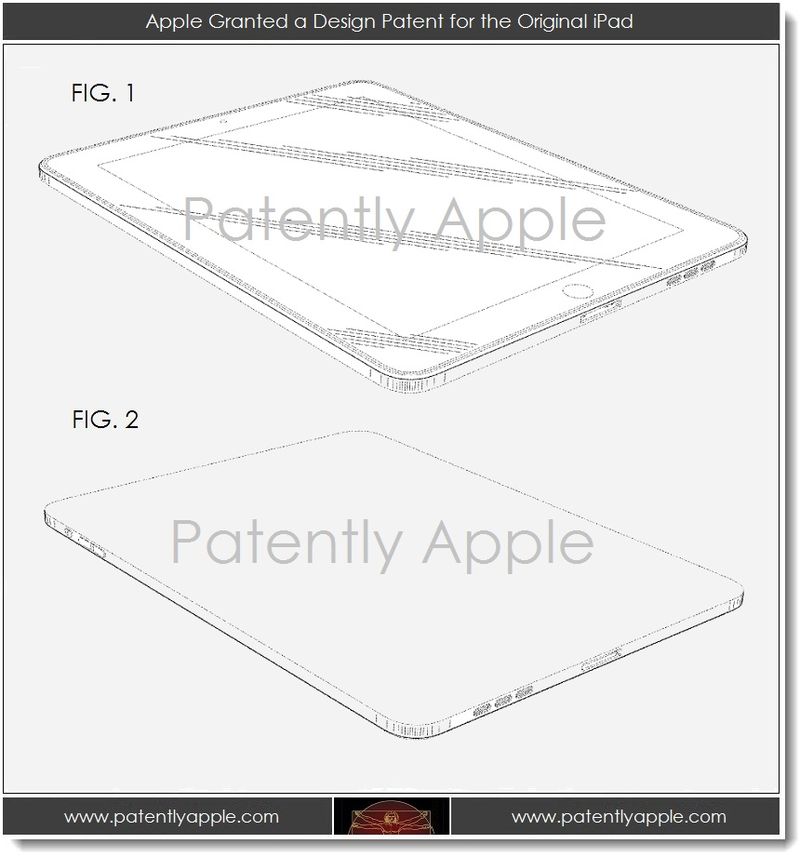 Apple has been granted two patents that were originally acquired from Nortel. The first granted patent is 8,305,949 Titled "System and method for spatial multiplexing-based OFDM broadcast/multicast transmission" and the second is 8,306,488 Titled "Signal transmitter linearization." These patents were acquired as part of huge portfolio of telecommunication patents to defend the iPhone 5's use of LTE technology against competitors. Our September report sheds more light on this subject matter.

Apple has been granted a patent relating to FileVault under number 8,307,425 Titled "Portable computer accounts." FileVault is a method of using encryption with volumes on Mac computers. Encryption and decryption are performed on the fly. Today's granted patent more specifically relates to computer account management.

Over and above the granted patents that were specifically reported on today, we present you with links to remaining granted patents in our Final Patent Round-Up as follows:

8,307,287 - Heads-up-display for use in a media manipulation operation ( Just in case you're thinking it – No, this patent has nothing to do with video glasses.)

8,306,034 - Method for updating and managing synchronization identifier by using release messages or status request and response

8,306,475 - Method and apparatus for configuring a wireless device through reverse advertising

8,306,772 - Method for estimating temperature at a critical point

8,306,918 - Use of media storage structure with multiple pieces of content in a content-distribution system (Relates to Digital Rights Mgmt. System)

8,307,146 - Communication between a host device and an accessory via an intermediate device