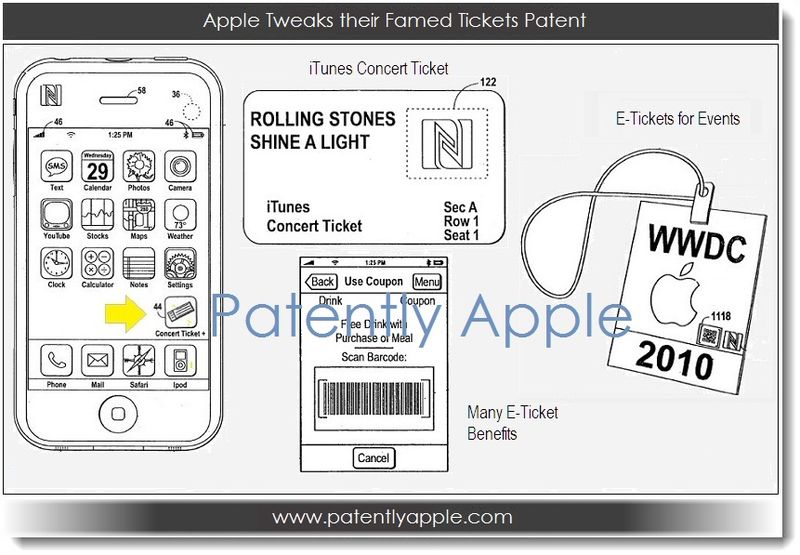 When we first posted our major patent report back in April 2010 titled "Apple Introduces us to a new iTunes 'Concert Ticket +' System," it made major headlines everywhere in the blogosphere. Our extensive report covered Apple's foundational patent in the field of tickets covering everything from concerts to transit to coupons, airlines and much more. This was the foundation for Apple's new iOS 6 Passbook app that was released with Apple's sexy iPhone 5. Today, the US Patent Office revealed that Apple has been tweaking their ticket centric patent and we provide you with the patent link that will allow you to explore it in depth as you see fit.

Apple's Ticket Patent was the Foundation for  Passbook 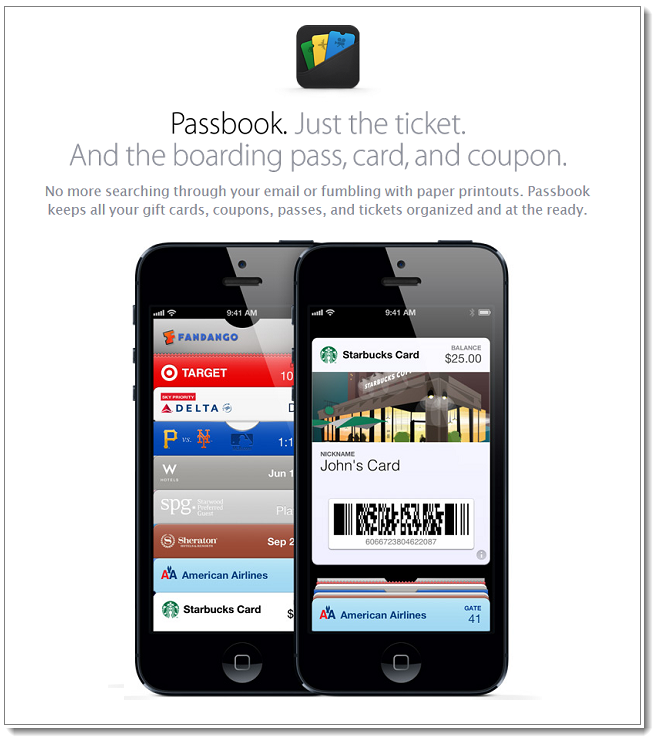 As soon as Apple released the iPhone 5 with their newly integrated Passbook App, they were sued. We covered that development in our report titled "Ameranth Sues Apple over their new Passbook Ticketing System."

Although Passbook had a rough debut, more and more services are signing on. I'm sure that by this time next year Apple's Passbook will have a superior well-rounded list of partners working with them on this app that could eventually build out to Apple's iWallet.

For those wishing to fully explore Apple's latest tickets patent for possible little tweaks could do so by checking out patent application 20120290336. Good hunting.