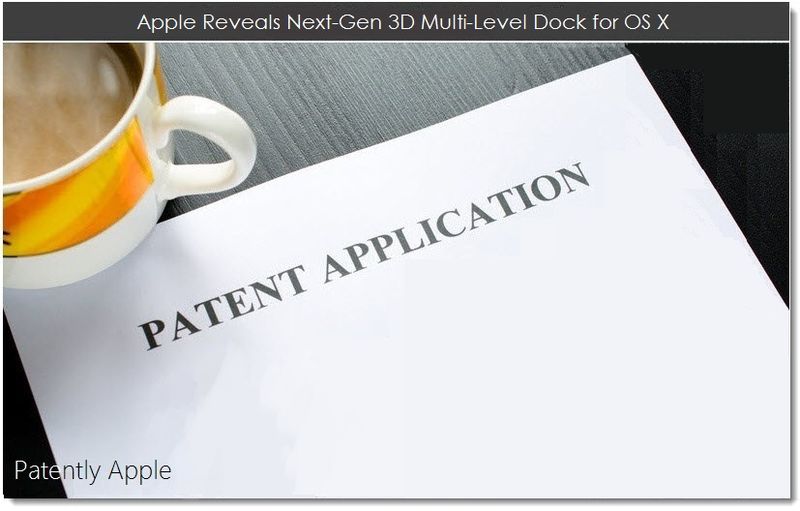 Looking beyond OS X Mountain Lion, Apple introduces us to their vision of a future 3D Multi-Level Dock that could take on the appearance of glass shelving or a bookshelf like iBooks. The multi-level dock will allow users to easily customize, search and/or label levels so as to better organize and quickly access their files, photos and applications. It sounds like it could be a great organizational advancement for a future desktop. 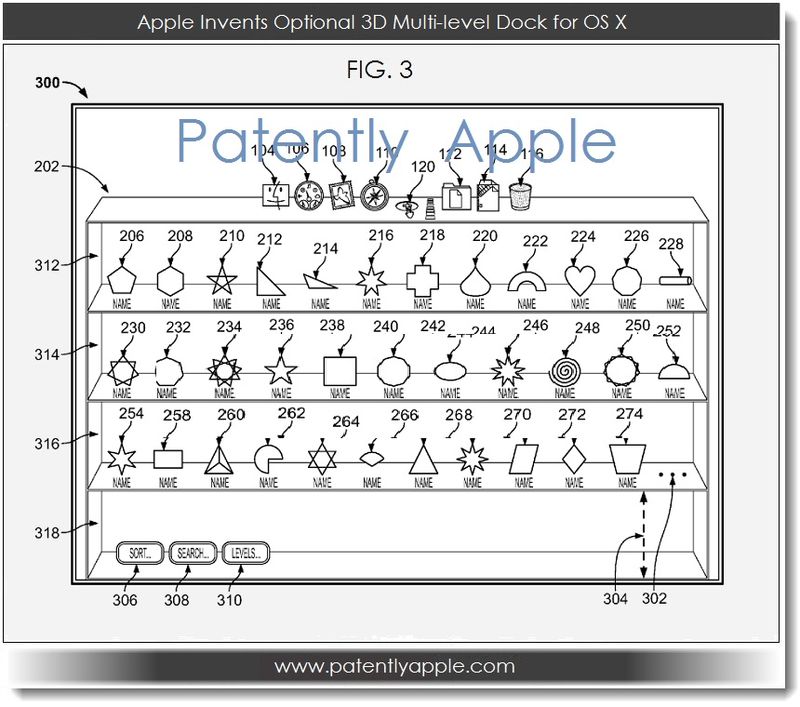 In some implementations, level 312 could display graphical elements 306, 308 and/or 310 respectively representing "sort, search and levels" at the bottom of the dock to specify options for the multi-level dock.

Apple states that in some implementations, the user will be able to select a search button (# 308) to search for display objects, files or apps on the computing device. For example, a computing device could have large numbers of applications and/or files such that the multi-level dock may not have enough space to present them all. The quick search button will allow the user to enter a name of keyword to search for items not found on the 3D dock

Each level will be able to an be configured to display pictures, movies, text documents, or any other file type.

Apple states that in some implementations, a name associated with a category or classification could be specified by level labeling so that a user could label levels such as "applications," "pictures," "movies," for easy identification and access.

Apple states that if there are more display objects for a category than a single level, the level will be able to be configured to allow horizontal or vertical scrolling through all of the display icons available on the computing device for the category represented by the level.