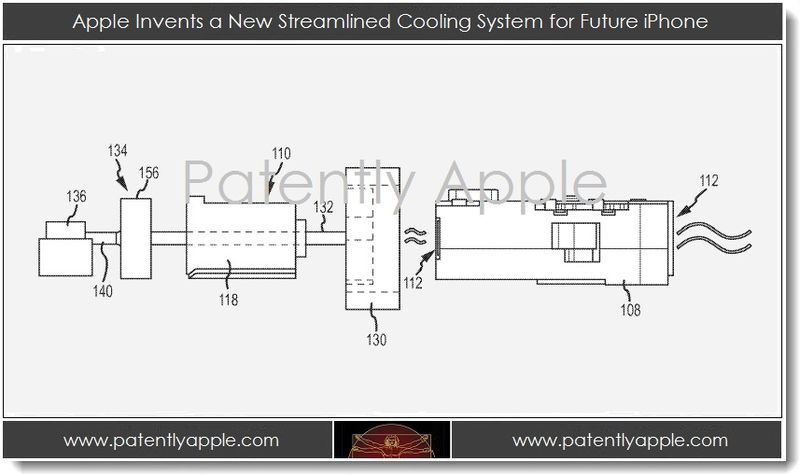 On November 8, 2012, the US Patent & Trademark Office published twenty-two patent applications from Apple which included twelve original applications and ten continuation patents. In this report we cover a future streamlined cooling system primarily designed for an iPhone.

Apple's proposed cooling system may use air or coolants across various components. The mobile computing device shown as FIG. 1 in the illustration below may be virtually any type of electronic device, such as Apple's iPhone, iPod, video gaming device, tablet computer or other future mobile device. 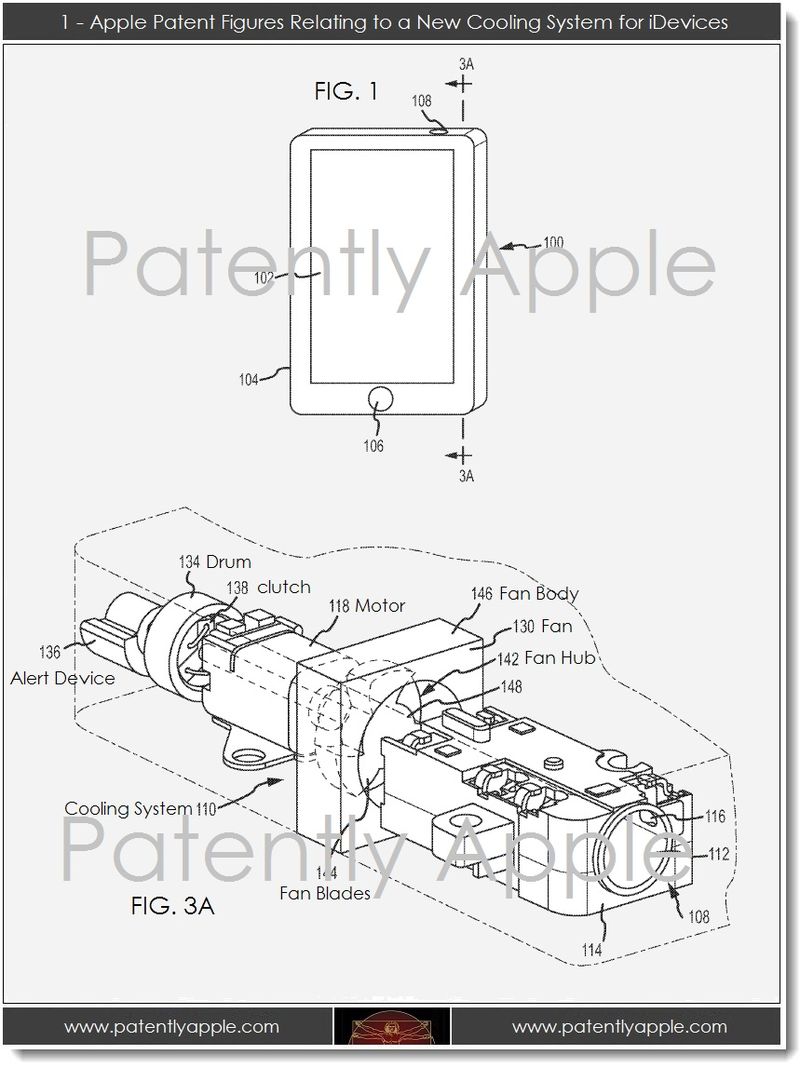 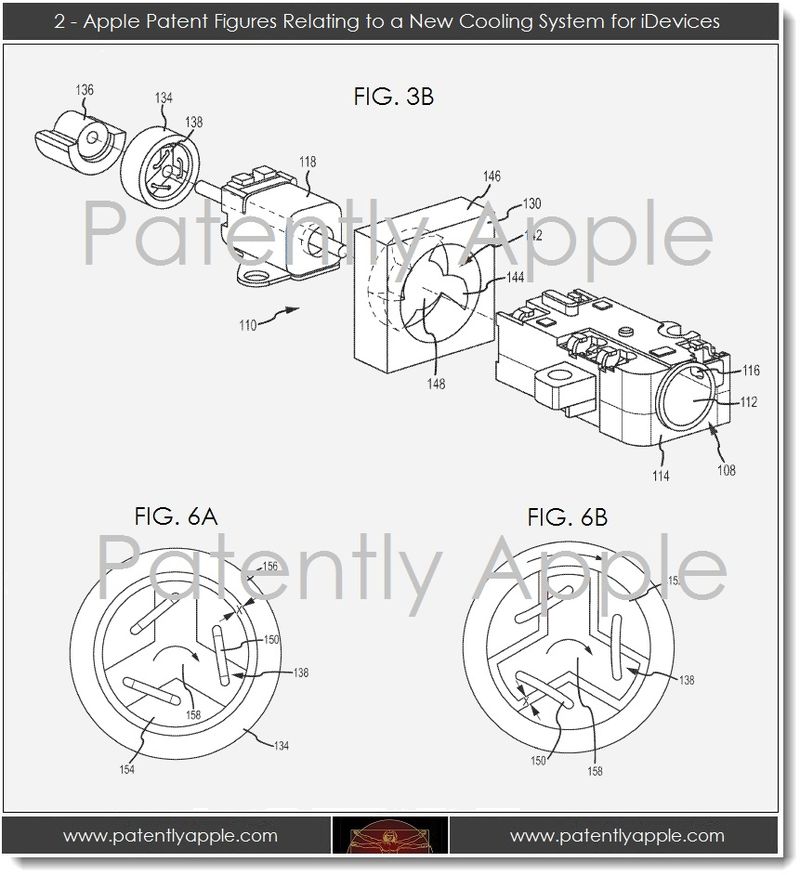 Despite the drawing, not all fans move air with a rotating blade.

Interferes with Steve's idea of zen and simplicity.

They are going to have to do some pretty serious noise suppression. When the fan starts on my laptop, it sounds like a 747 taking off and it has cooling ports all over the place, so with a small and very thin iphone ( maybe the iphone 6 and future generations wont be so thin? ), the fan could be on all the time. I have also noticed that iphones 5's get a lot warmer than most other phones when you are on a long phone call, so I guess it does prove that there is a limit to the processor speeds and thickness of phones.