Apple Granted 36 Patents including ones for Dashboard, Interfacing with Sporting Equipment & Keyboard Illumination 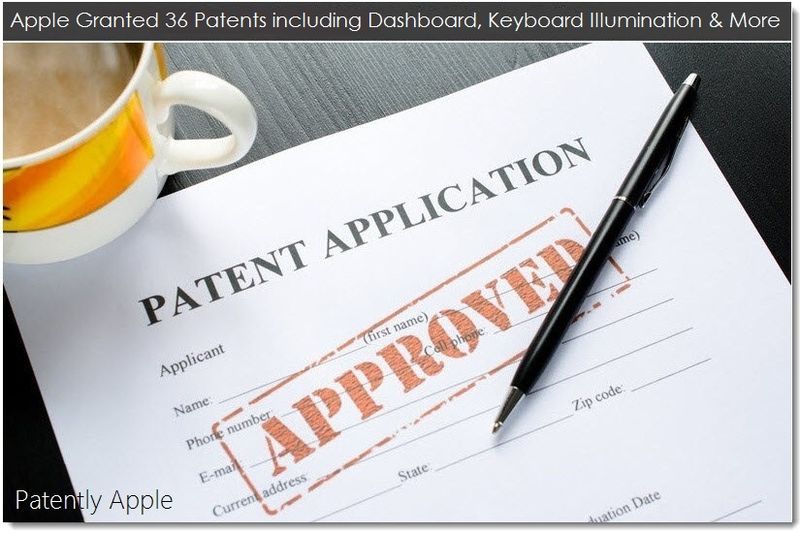 The US Patent and Trademark Office officially published a series of thirty-six newly granted patents for Apple Inc. today. Our report highlights three of these patents along with two design patents that Apple received today. To top off our report, we present you with a complete list of the remaining granted patents for those wishing to further explore Apple's winning technologies.

Apple has received a Granted Patent that technically relates to circuits, methods, and apparatus that allow sports or other equipment, such as gym or other cardio equipment, to write data to a media player. Examples further provide the uploading of this data to a computer and third-party website. To monitor progress, the third-party website could be used to track workout data over time. The third party-website could also collect data from other users, which is particularly useful for providing a competitive environment. This data could then be graphically displayed in various ways to provide encouragement. 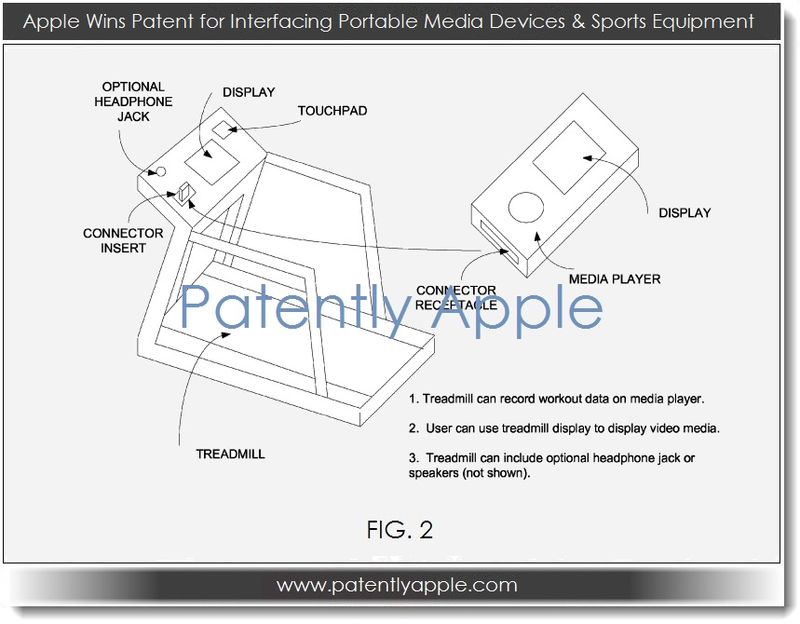 Apple has received their fourth Granted Patent relating to "Dashboard." Dashboard is an application for Apple's Mac OS X operating systems, used for hosting mini-applications known as widgets. First introduced in OS X Tiger, it is a semi-transparent layer that is invisible to the user unless activated by clicking its icon in the Dock. 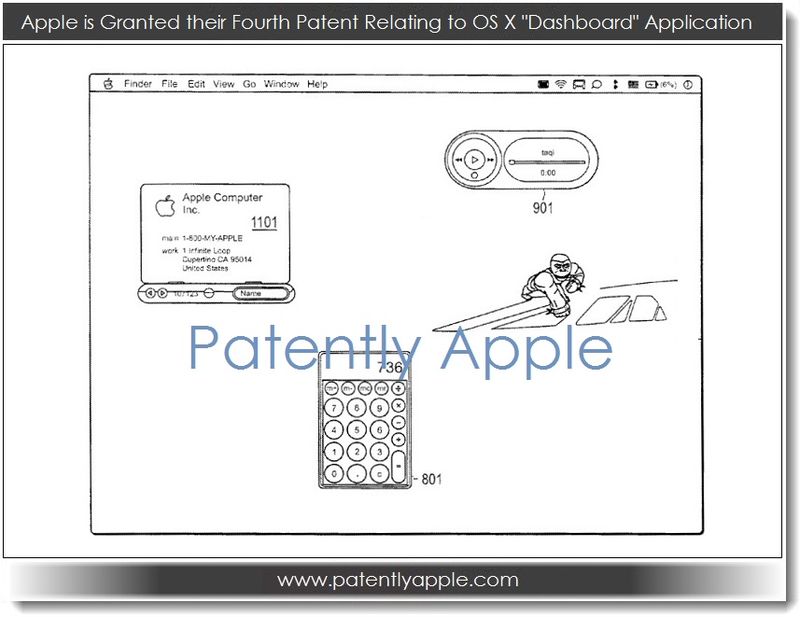 Apple credits Imran    Chaudhri, John Louch, Andrew Grignon and Gregory Christie as the inventors of this patent. Some of the other granted patents for Dashboard could be viewed here and here.

Apple has been granted a patent relating to the MacBook's keyboard illumination. 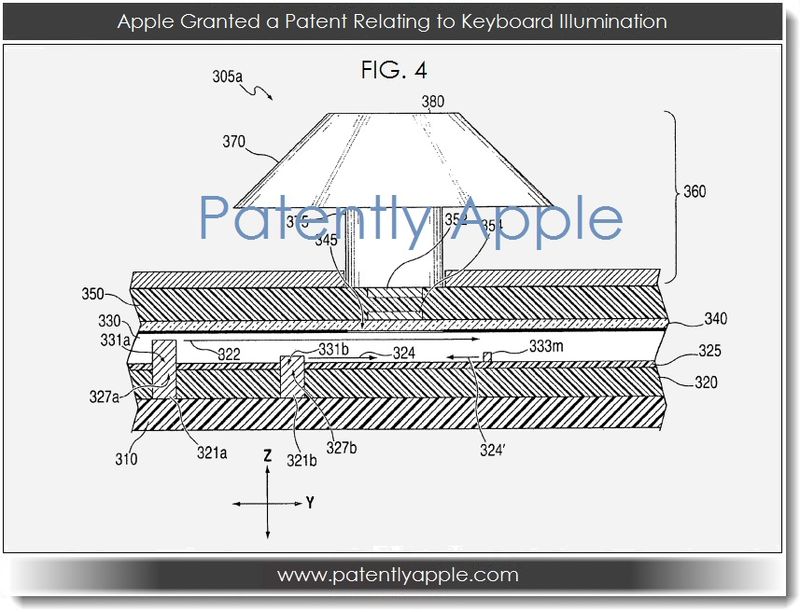 Apple credits Chad Bronstein and Peter Mahowald as the inventors of this patent. 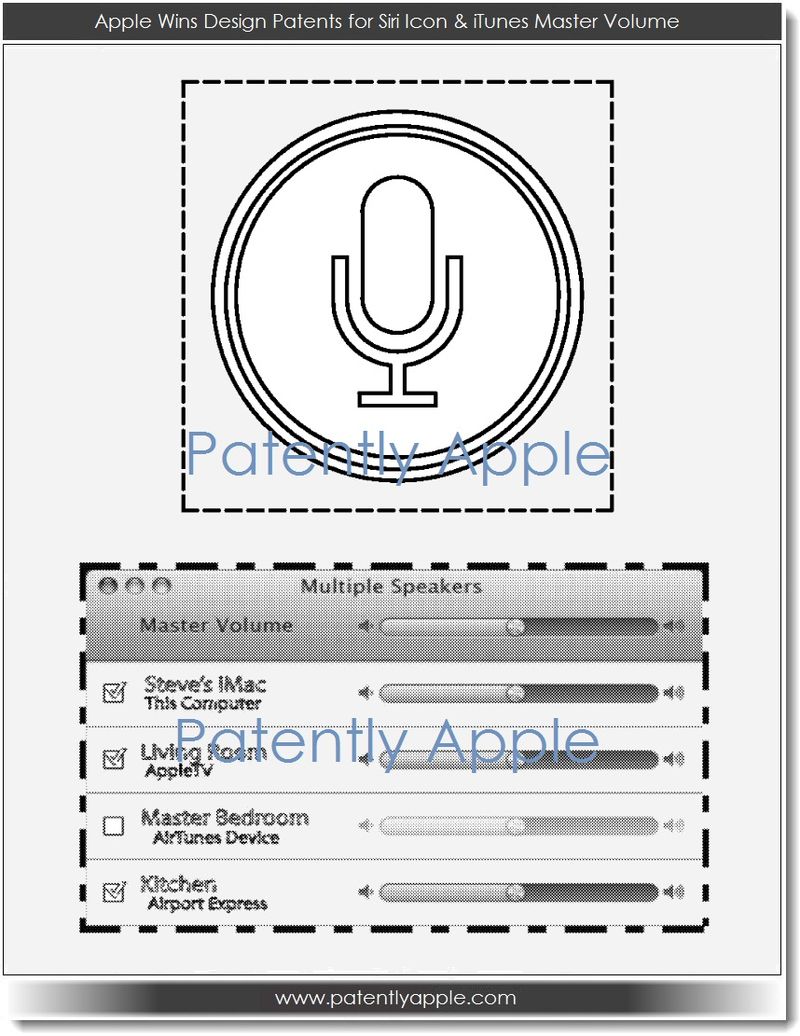 A List of the Remaining Patents that were granted to Apple Nov. 27, 2012 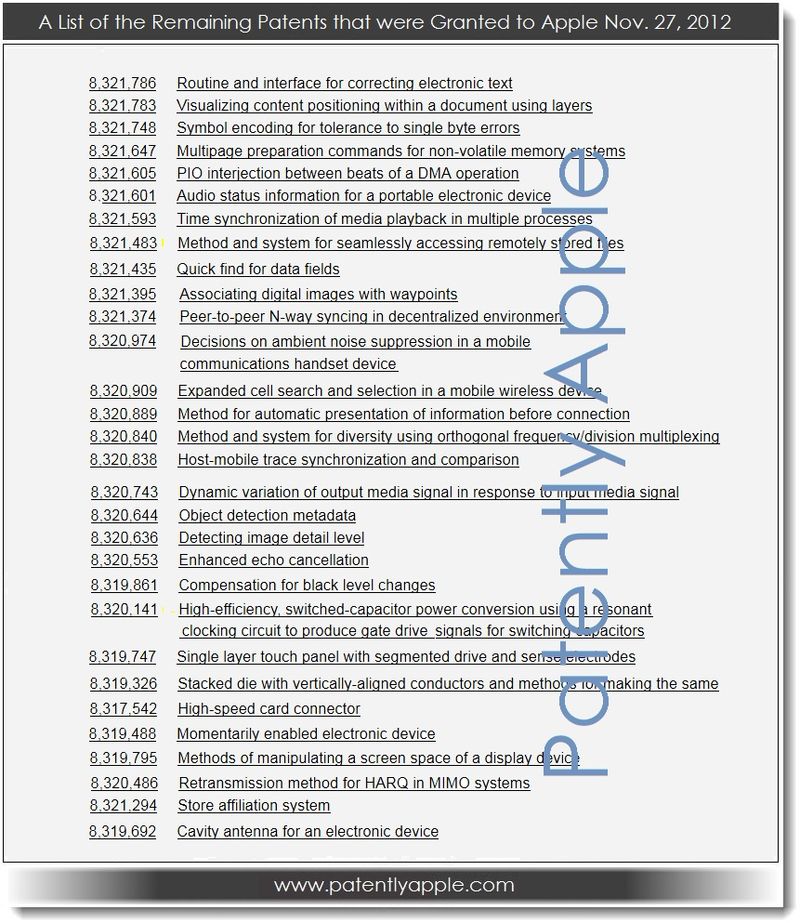 Apple has been granted a series of design patents in Hong Kong relating to retail packaging of "Lightning" cables. Interesting to note that Apple filed for them on November 23, 2011 and granted on November 16 2012. 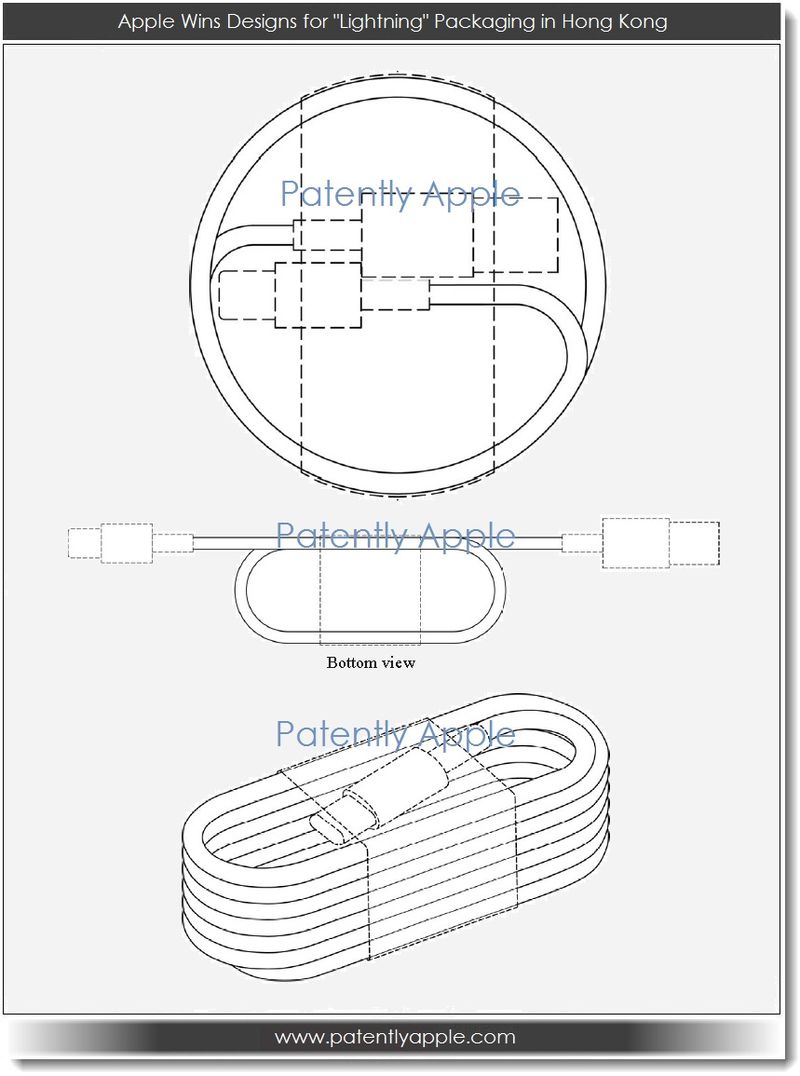