Apple Files for "iPad mini" Trademark in the US 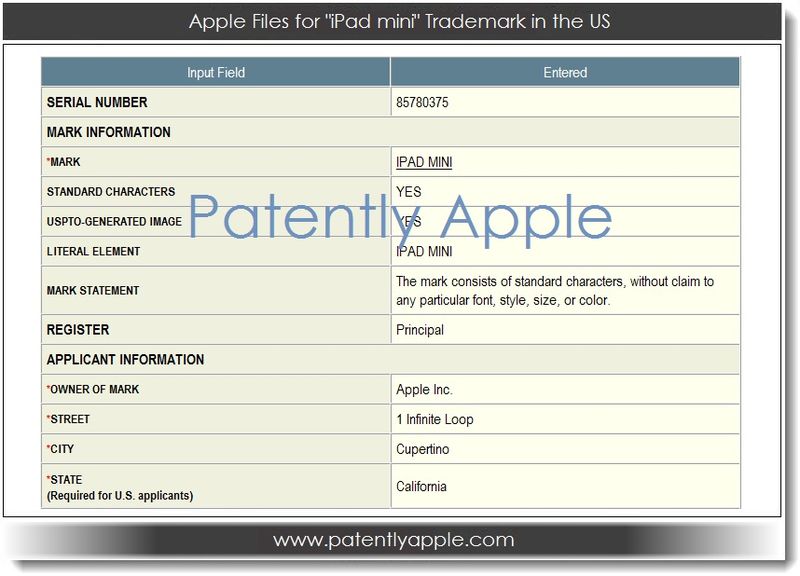 On October 23, Apple introduced the iPad mini to the world. The new iPad mini is a completely new iPad design that is 23 percent thinner and 53 percent lighter than the third generation iPad. Two days after its official launch, Apple filed for the iPad mini trademark in Europe and Canada. Today, the US Patent & Trademark Office officially published Apple's US filing for the trademark under application 85780375. 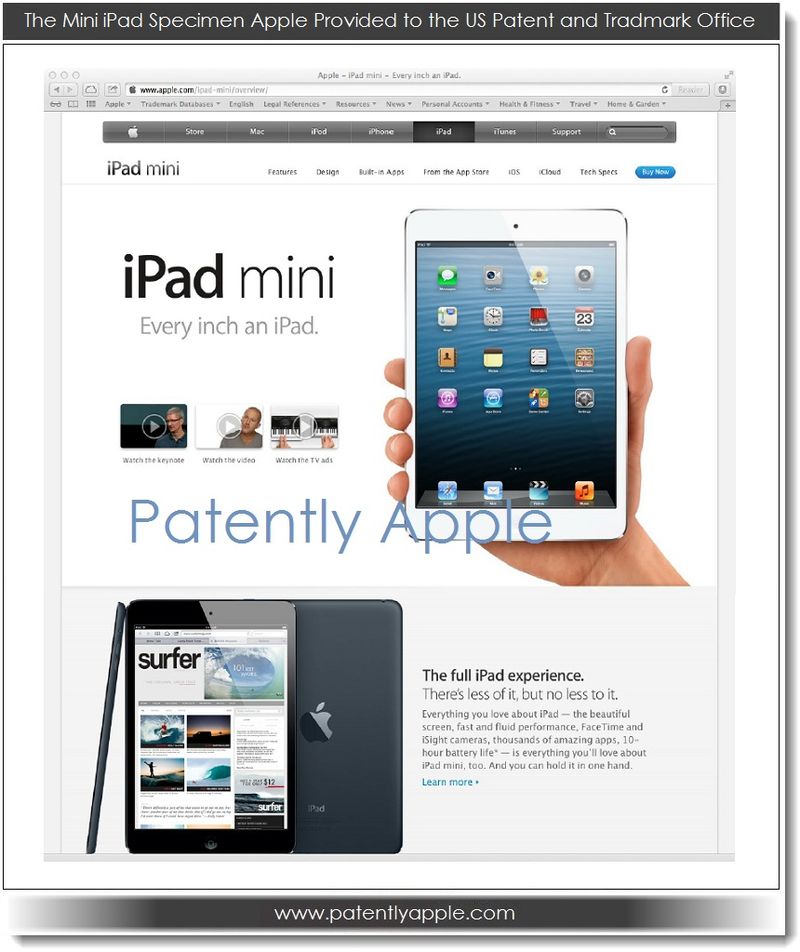