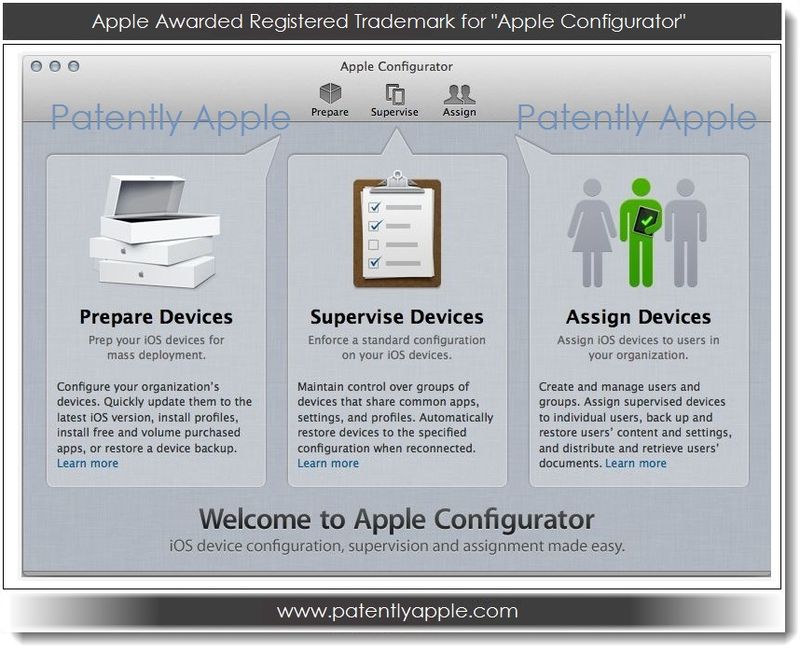 On September 19, 2012, the US Patent & Trademark Office officially published Apple's Registered Trademark Certificate for "Apple Configurator." Apple's trademark, which was originally filed for in March, covers Apple's free App which was designed to make it easy for anyone to mass configure and deploy iPhone, iPad and iPod touch in a school, business, or institution. 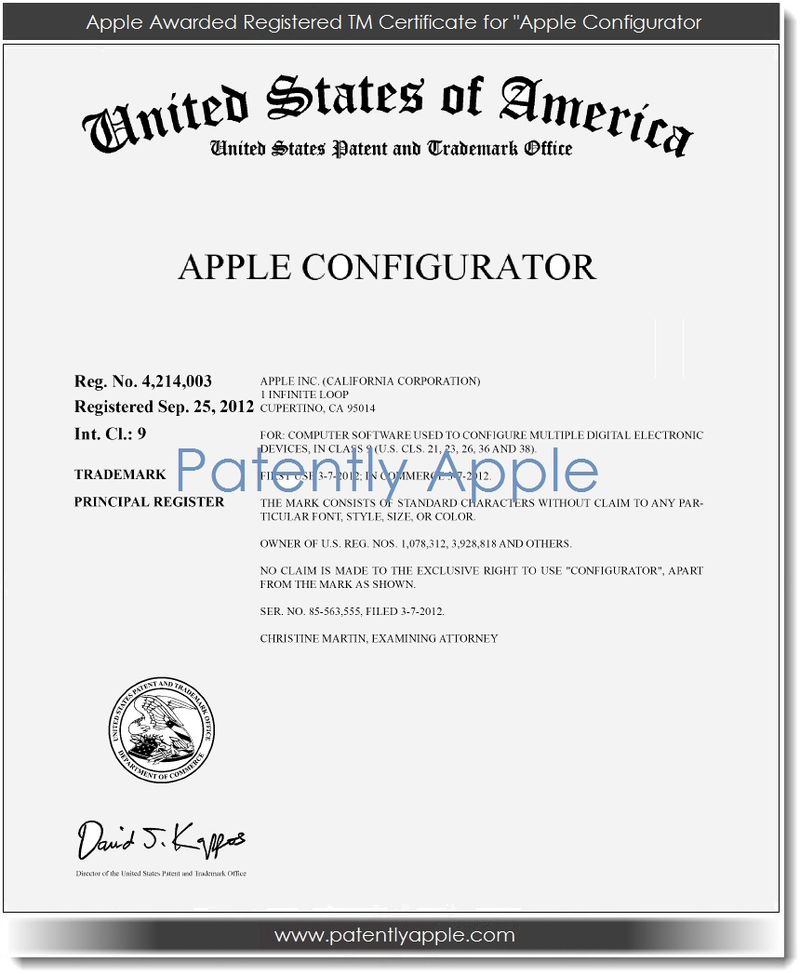