Nokia & Amazon Duke it Out with Apple over App Store TM 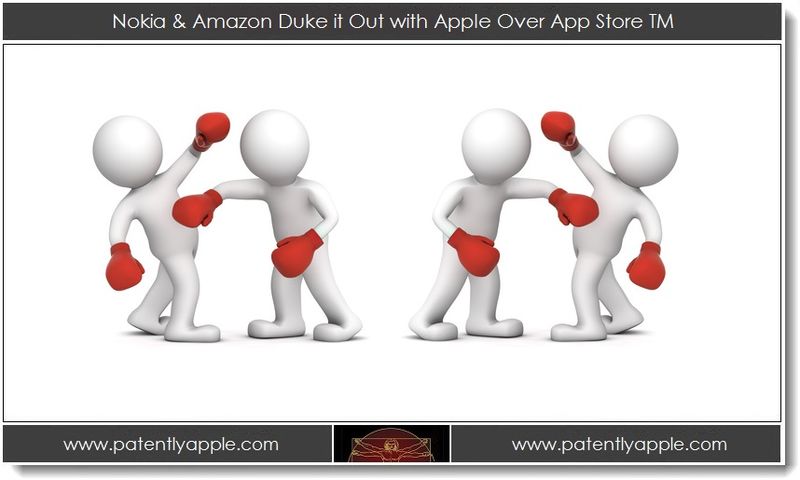 The Canadian Intellectual Property Office's database was updated yesterday and behold, we see that both Nokia and Amazon are continuing their formal opposition to Apple's App Store trademark filing. Our report fills you in on the status of this case.

In April of 2011 Patently Apple posted a report titled "Take That! Apple Expands their "App Store" Trademark in Europe," where we noted at that time that Apple had launched a lawsuit against Amazon over the use of their App Store trademark while Microsoft filed an official opposition to Apple's proposed trademark. In our same report we noted that Microsoft had also filed their second opposition to Apple's trademark. It's Interesting to note that the Canadian IP Office now notes that Microsoft has officially closed their opposition case against Apple in Canada while Nokia and Amazon press on with their opposition.

The Canadian IP Office indicates that the opposition has until January 13, 2013 to present their evidence as to why Apple's App Store trademark should be denied. 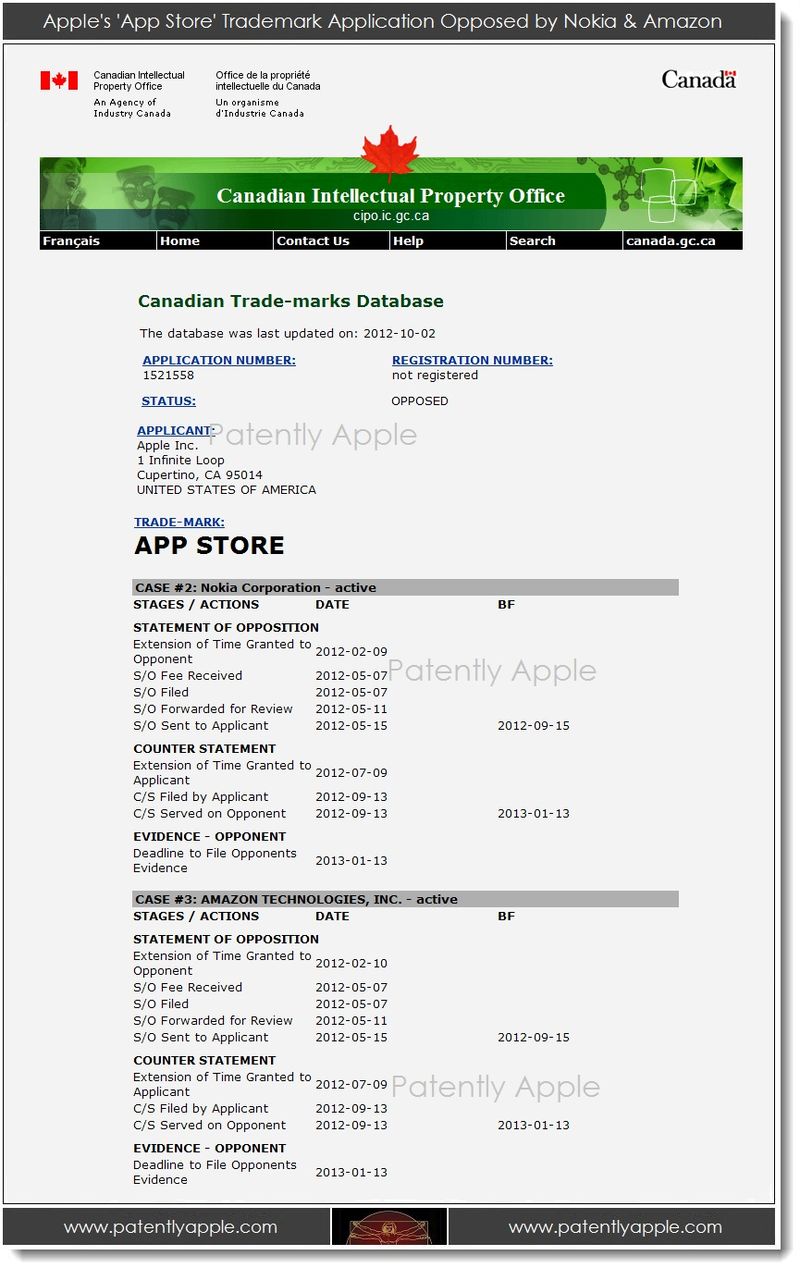 Amazon requesting the claim be thrown out in a filing with the U.S. District Court in Oakland.