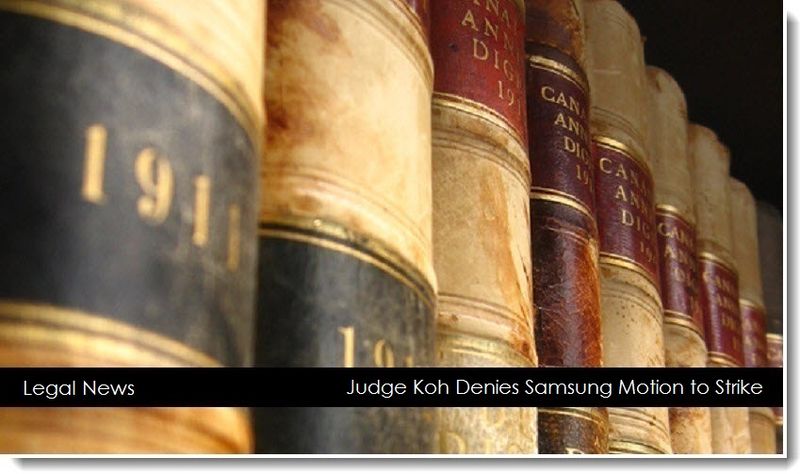 Groklaw is reporting that as expected, Judge Lucy Koh has denied Samsung's motion to strike. Samsung pointed out that the judge had told the parties to limit their briefs on two kinds of motions -- for judgment as a matter of law and on motions asking for an injunction -- to 30 pages. Additionally, there was a rule not to use declarations or other exhibits attached to motions to bring up matters not in the main brief. Portions of Apple's declarations attached to Apple's injunction motion, in Samsung's view, violated those rules. So it asked for a sanction, that the offending portions of the declarations be stricken, but Judge Koh didn't see it that way: "Samsung's reason for striking the material is procedural: that the declarations serve to circumvent the page limits for Apple's motion in violation of the Court's Order Re: Post-Trial Proceedings issued on August 28, 2012, ECF No. 1945." As the motion to strike is essentially an "evidentiary or procedural objection" to the permanent injunction motion, it must be contained within the opposition brief and subject to the opposition brief's page limitations. Because Samsung filed the motion to strike separately from the opposition, Samsung's motion to strike is DENIED. 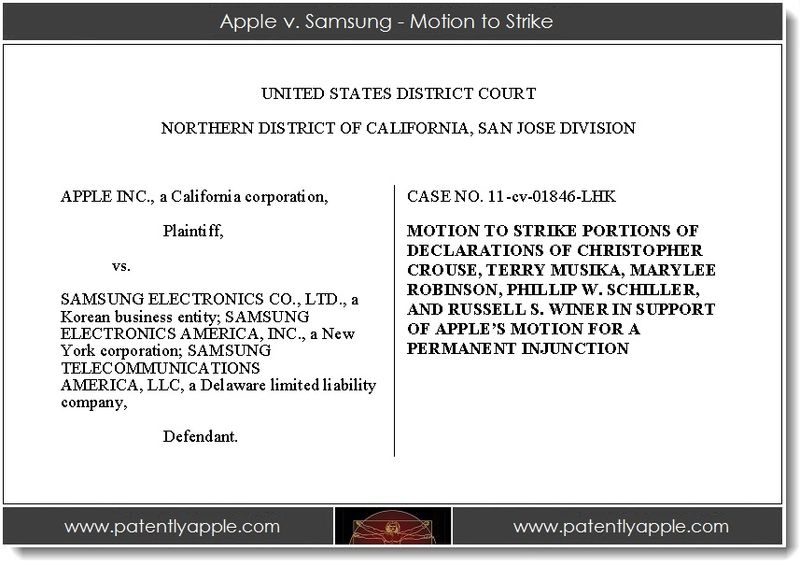