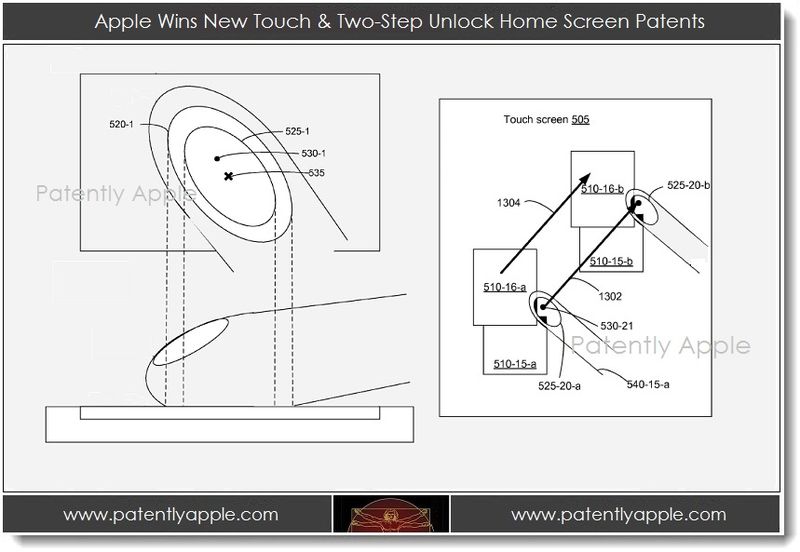 The US Patent and Trademark Office officially published a series of twenty-seven newly granted patents for Apple Inc. today. In our first granted patent report of the day we cover a newly detailed single and multi-touch centric patent along with another which covers screen locking based on dual sliders. We close out our report by presenting you with 3 new Apple design patents and a list of 11 granted utility patents which touch on such things as Apple TV and parallel computing on multiple processors.

Apple has received a major Granted Patent that generally relates to electronic devices with touch screen displays, and more particularly, to electronic devices that use one or more finger contacts to move on-screen objects without using a cursor to move the objects. Apple's in-depth touch related patent lists a whopping 36 major points in their summary alone. Apple's newly granted patent could provide Apple legal with added ammunition against current or future iDevice copycats. 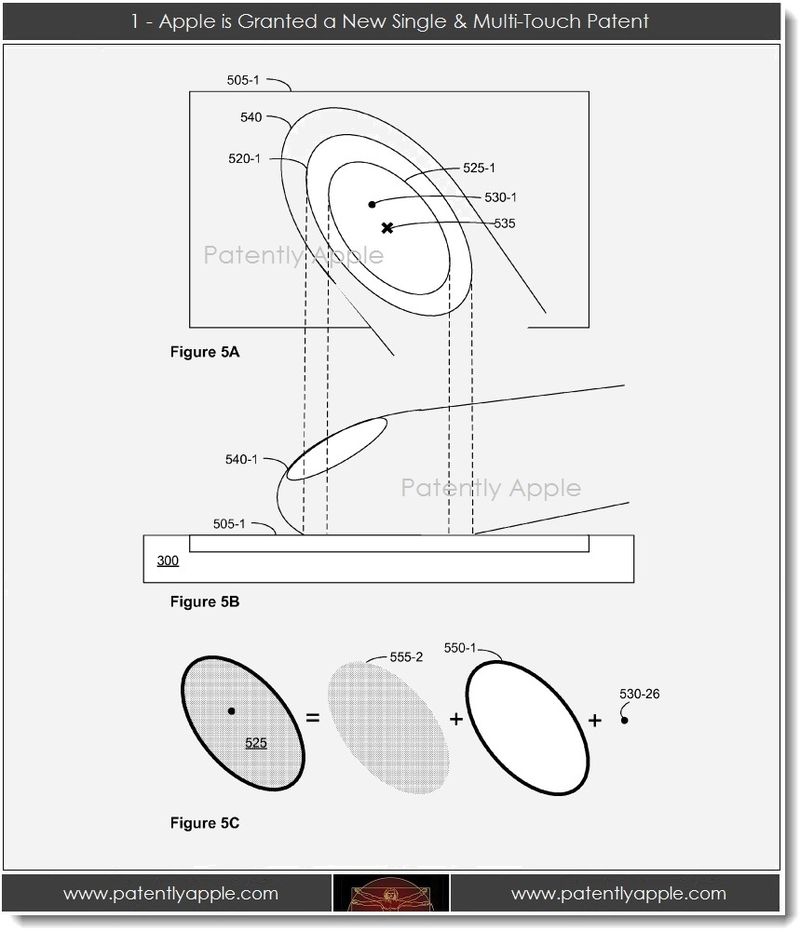 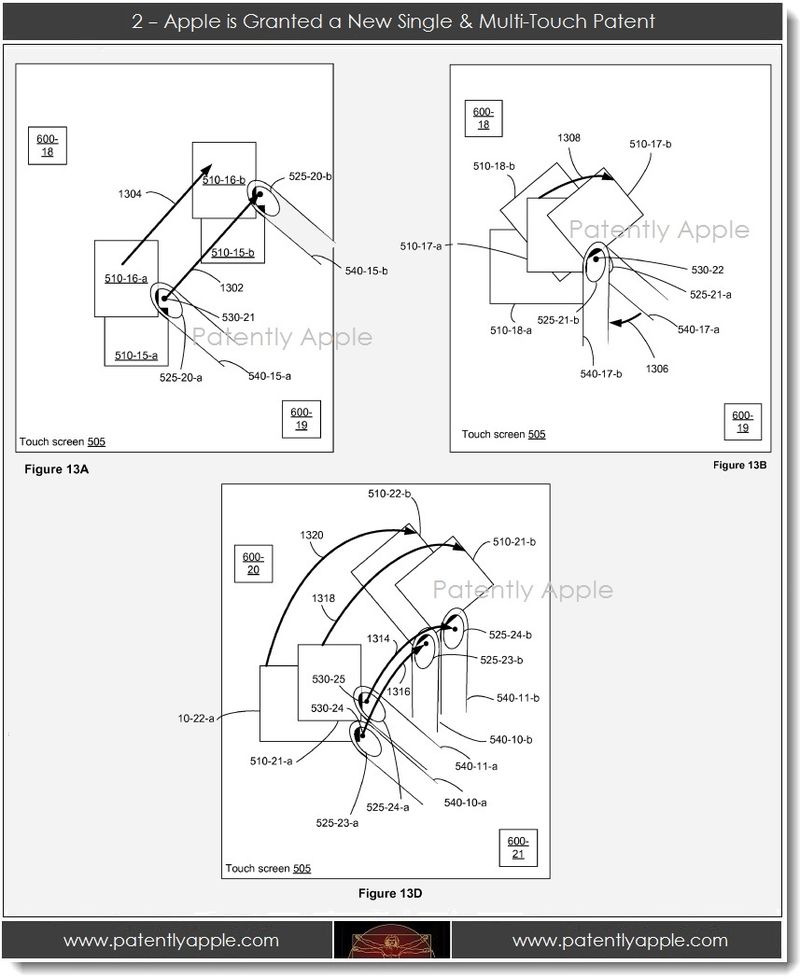 Apple credits Jeffrey Bernstein as the sole inventor of granted patent 8,284,170 which was originally filed in Q3 2008.

Today, Apple has received their second Granted Patent relating to user interfaces that employ a two-step security feature for unlocking the home screen of iDevices. Apple's first granted patent related to a dual slider locking approach was issued in June 2012. In February of this year, Apple won a patent dispute with Motorola relating to their initial patented unlock feature. 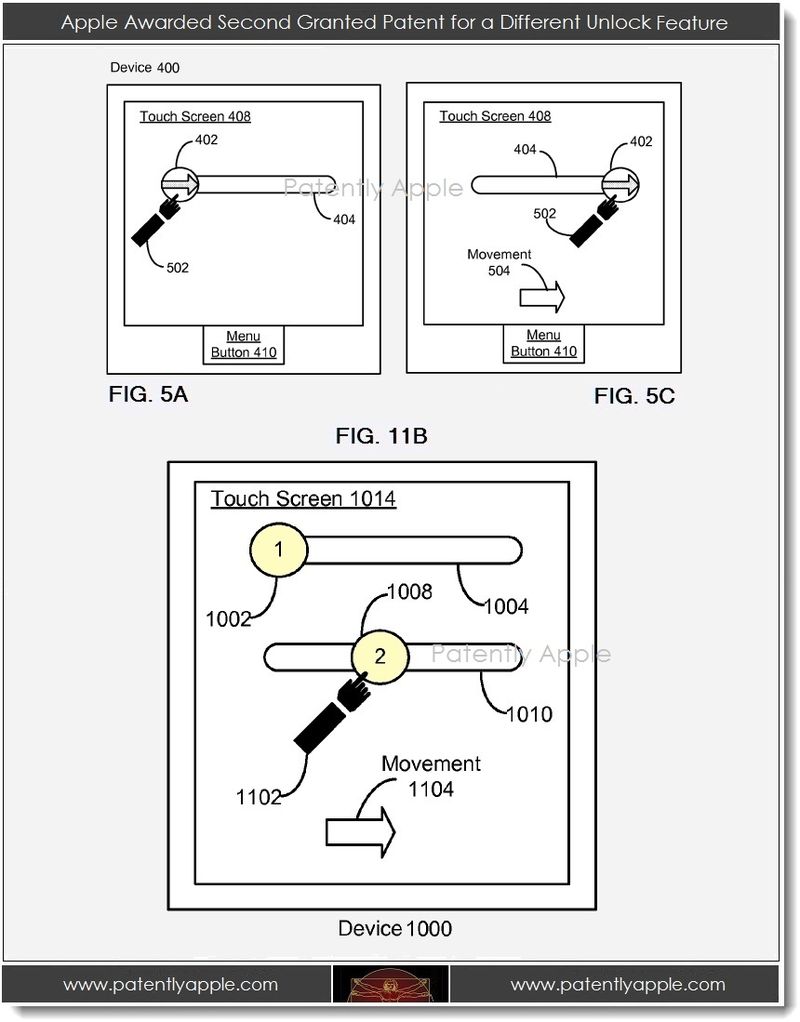 Apple credits Senior VP of iPhone Software Scott Forstall and team members Imran Chaudhri Imran, Bas Ording, Freddy Anzures, Marcel Van Os and Greg Christie as the inventors of this patent which was originally filed under application 13/204,572 in Q3 2011. The patent's history goes back to 2005. 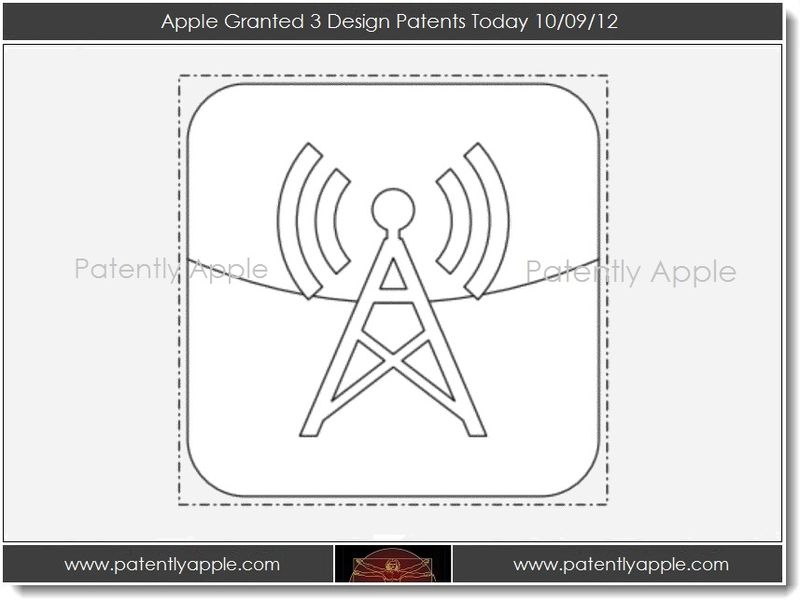 Apple credits Angela Suarez for the icon design in granted patent D668,674 noted above. The other designs could be found under patent numbers D668,666 and D668,672.

8,285,901 - Communication between an accessory and a media player using an extended interface lingo

I think this is a fantastic idea, it would be an easier way for the user to access the iPhone and the Apple TV.