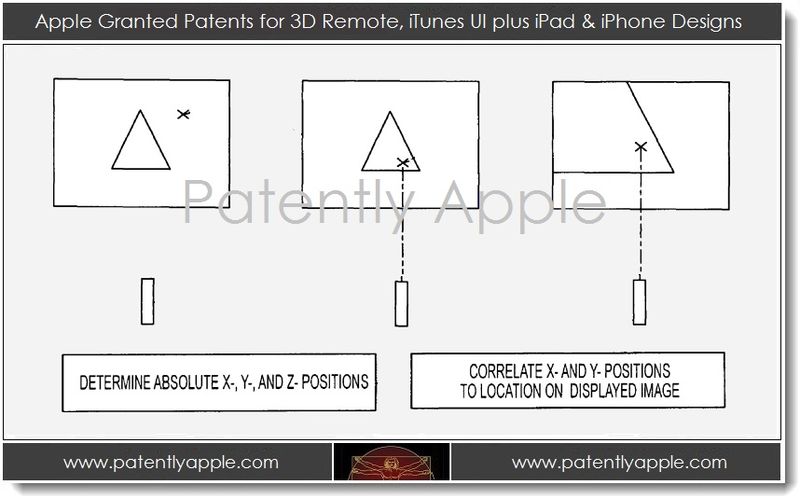 The US Patent and Trademark Office officially published a series of thirty-two newly granted patents for Apple Inc. today. In this particular report we cover a unique 3D remote for a future version of Apple TV that could work with games and applications with superior accuracy and zooming capabilities. Apple was also granted a patent for their industry leading iTunes UI and distribution system along with design wins for the iPad, iPhone and more. 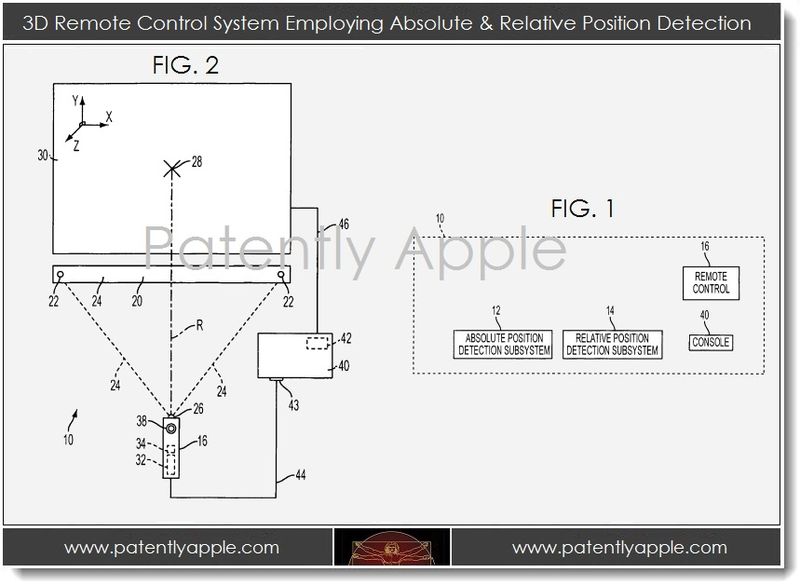 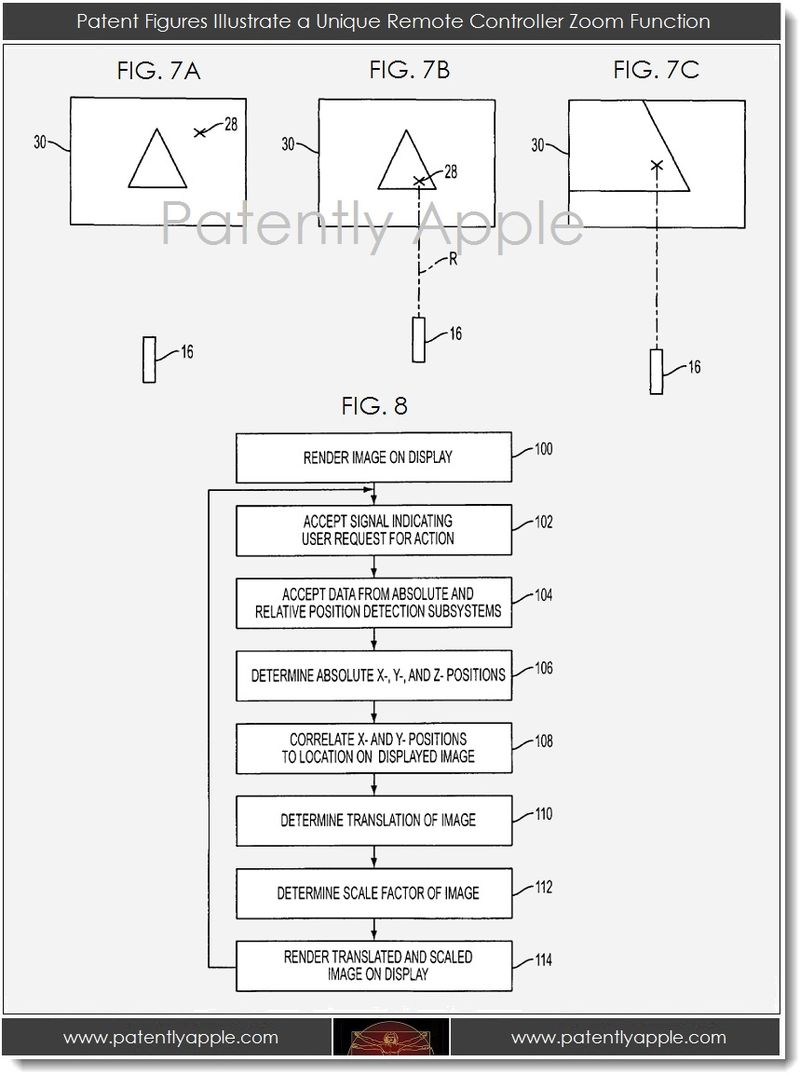 Some electronic systems could permit a user to interact with software applications, e.g., video games, by manipulating the 2D-3D remote control.

Apple states that the user input component (38) could be an iPod. Additionally, the console could also have one or more connectors to which accessories could be coupled. The accessories could include cables, game cartridges, portable memory devices (e.g., memory cards, external hard drives, etc.), adapters for interfacing with another electronic device (e.g., computers, camcorders, cameras, media players, etc.), or combinations thereof.

Apple credits Duncan Kerr, Chad Bronstein and Wing Low as the inventors of granted patent 8,291,346 which was originally filed in Q4 2006 and published today by the US Patent and Trademark Office. 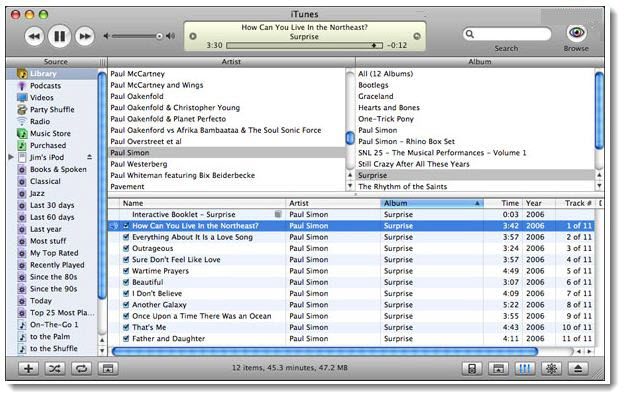 The graphical user interface is particularly useful for a system that provides purchase and distribution of media in a client-server environment. The purchase and distribution of media could not only be secure but also controlled. The controlled distribution could use encryption and user accounts to not only restrict unauthorized access to the media but also to limit usage rights to the media by authorized users. The security restricts access to media within media files during downloads as well as while stored at a server and/or client. The graphical user interface could assist users in locating media to be purchased. The media could, for example, be audio, video, or image data.

The invention can be implemented in numerous ways, including as a method, system, device, apparatus, graphical user interface, or computer readable medium.

Apple credits Jeffrey Robbin, Peter Wagner and Mike Wiese as the inventors of granted patent 8,291,320 which was originally filed in Q1 2005. Technically it was a continuation patent dating back to 2004.

Apple has been granted four design patents today covering their iPad, iPhone and icons representing the iBook bookshelf and calendar. 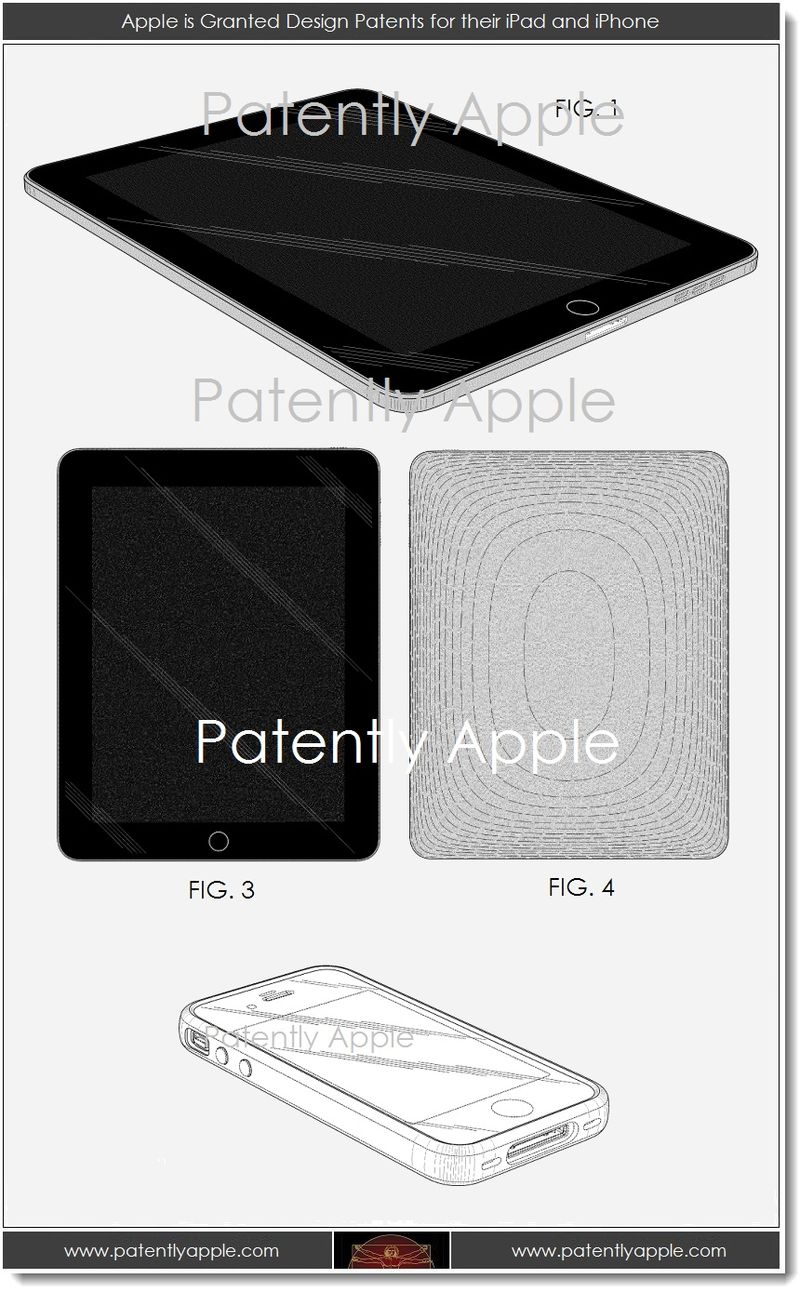 8,291,480 - Trusting an unverified code image in a computing device

Will Samsung Beat Apple to Market with Solar Powered Devices?