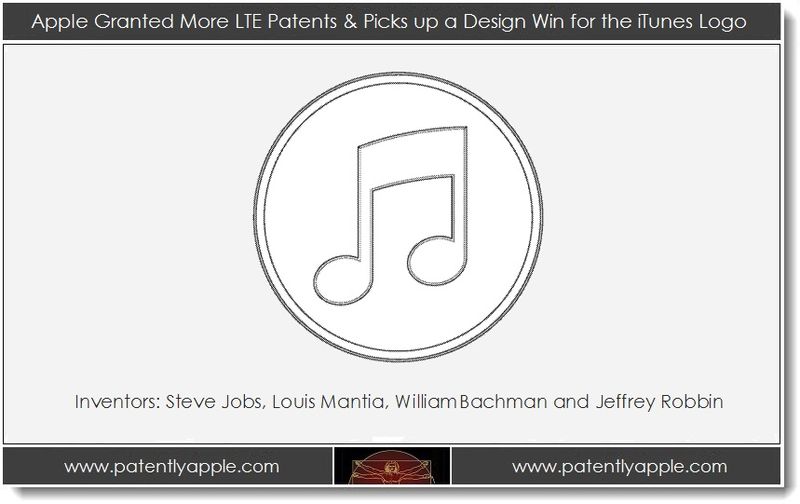 The US Patent and Trademark Office officially published a series of nineteen newly granted patents for Apple Inc. today. In this particular report we briefly cover two of Apple's granted patents relating to 4G LTE. These are part of the 434 LTE patents that have been amassed by Apple to fully support the iPhone-5 and to fend off potential lawsuits from competitors. On another note, Apple has been granted a design patent for their classic iTunes Logo that lists Steve Jobs as one of the inventors.

Recent growth in demand for broadband wireless services enables rapid deployment of innovative, cost-effective, and interoperable multi-vendor broadband wireless access products, providing alternatives to wireline broadband access for applications such as telephony, personal communications systems (PCS) and high definition television (HDTV). At the same time, broadband wireless access has been extended from fixed to mobile subscriber stations, for example at vehicular speed. Though the demand for these services is growing, the channel bandwidth over which the data may be delivered is limited. Therefore, it is desirable to deliver data at high speeds over this limited bandwidth in an efficient, as well as cost effective, manner.

In the ever-continuing effort to increase data rates and capacity of wireless networks, communication technologies evolve. An encouraging solution for the next generation broadband wireless access delivering high speed data over a channel is by using Orthogonal Frequency Division Multiplexing (OFDM).

A hard handoff is a handoff that completely and instantaneously transitions from a first station to a second base station. Hard handoffs have proven problematic and often result in dropped calls. Wireless systems may incorporate a soft handoff, wherein when the subscriber station moves from a first to a second cell, the handoff process happens in multiple steps.

It is desirable to provide soft handoff to broadband wireless access system employing OFDMA. Because different spreading code masking is not available in OFDM transmission, the destructive interferences between base stations transmitting the same signal could cause significant degradation of performance.

It is further desirable to define a soft handoff zone with same permutation wherein the base stations provide RF combining, interference avoidance, soft combining, or selection combination in the handoff area. It is further desirable to use multi-input, multi-output (MIMO) method in a soft handoff of an OFDMA system. This MIMO method may apply to a plurality of base stations, each of the base stations has one, or more than one antennas. 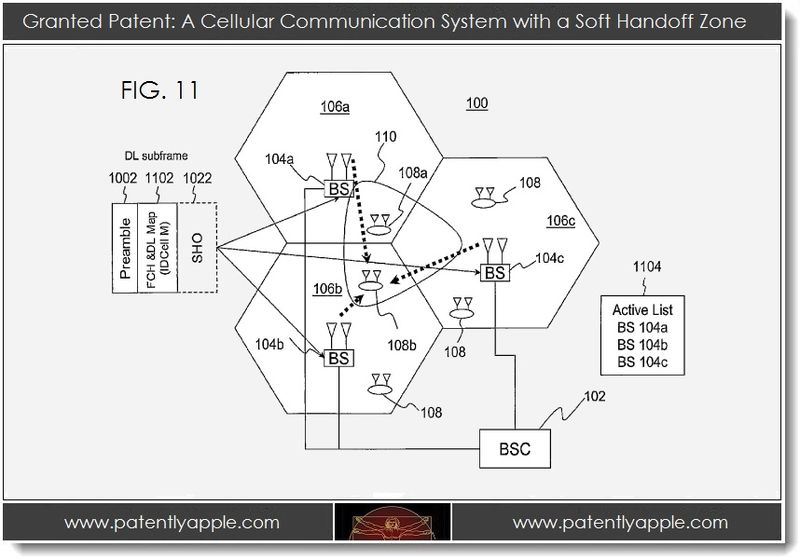 To review Apple's full solution, see Apple's granted patent 8,279,836. The patent was originally filed in Q3 2011 and published today by the US Patent and Trademark Office. A priority filing was made in Q2 2008 with references to a 2004 provisional patent. The patent appears to have been a part of the Canadian Nortel patent portfolio. To review the basics of OFDA, check out this site.

In a second patent relating to LTE technologies, Apple has been granted a patent relating to communication systems using a carrier comprising multiple sub-carriers, and more specifically to techniques and apparatus for generating and using a pilot signal in a multi-carrier communication system. The key to this patent is it utilizes a method for receiving a pilot symbol in a format known as single carrier frequency division multiple access or SC-FDMA. For information on the advantages of this standard, see Wikipedia's overview of SC-FDMA. 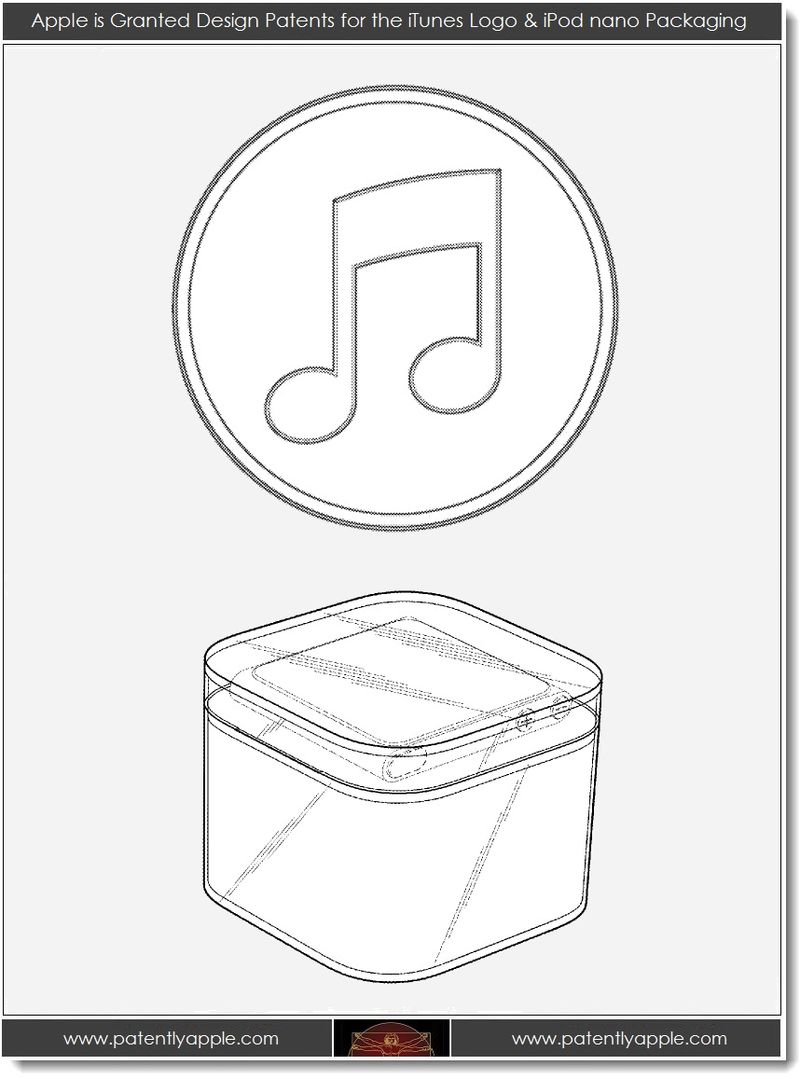 Apple has been granted two design patents today covering the packaging for the iPod nano and the iTunes logo. Steve Jobs passed away on October 5, 2011 and we all know that he loved music. How fitting it is today that the iTunes logo be granted a patent with Steve Jobs being credited as one of the designers.

8,281,065: Title "Systems and methods for determining the status of memory locations in a non-volatile memory." relate to systems and methods for storing data in a memory location of a non-volatile memory such that the status of the memory location can be determined with high probability. In some embodiments, an electronic device is provided that may include a system-on-a-chip and a NVM. In some embodiments, the NVM may include flash memory, such as NAND flash memory.

8,280,991: Title "Method and apparatus for detecting incorrect responses to network queries." Apple's granted patent is in the field of systems for handling information by computer and more specifically relates to an enhanced system for handling heterogeneous items of information to store, manage, customize, organize and/or deliver such information regardless of its source and type in particularly efficient, easy-to-use, and intuitively understood.