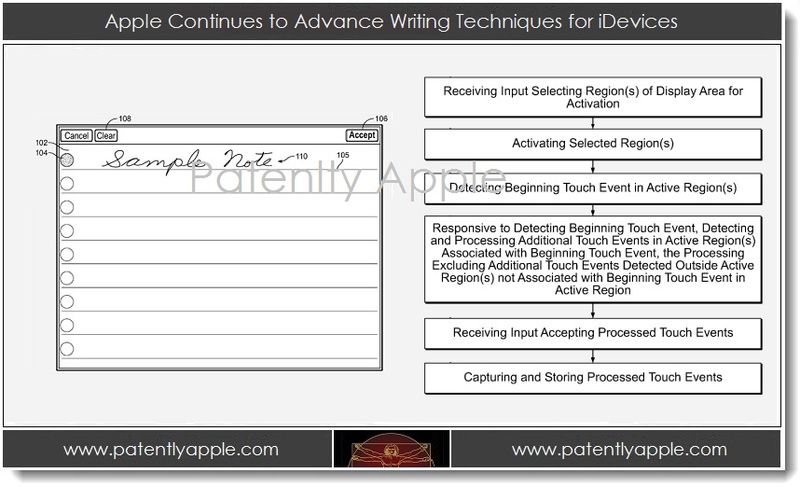 On October 11, 2012, the US Patent & Trademark Office published two patent applications from Apple that reveal their ongoing work related to handwriting on iDevices such as the iPad and iPhone. One filing covers new active writing regions for applications such as Notes while the other filing deals with new writing techniques for signatures. The latter is a needed feature in an enterprise environment or other working environments such as delivery services which require a signature to confirm receipt of goods.

Apple's invention relates to creating one or more regions of a touch sensitive surface to be activated individually by a user for processing touch input events. Any touch event associated with a beginning touch event that is detected in the active area is processed for display.

Any touch input event detected outside the active region that is not associated with the beginning touch event is excluded from the processing. In some implementations, a region could be visually delineated by horizontal rule lines of a virtual notebook page. 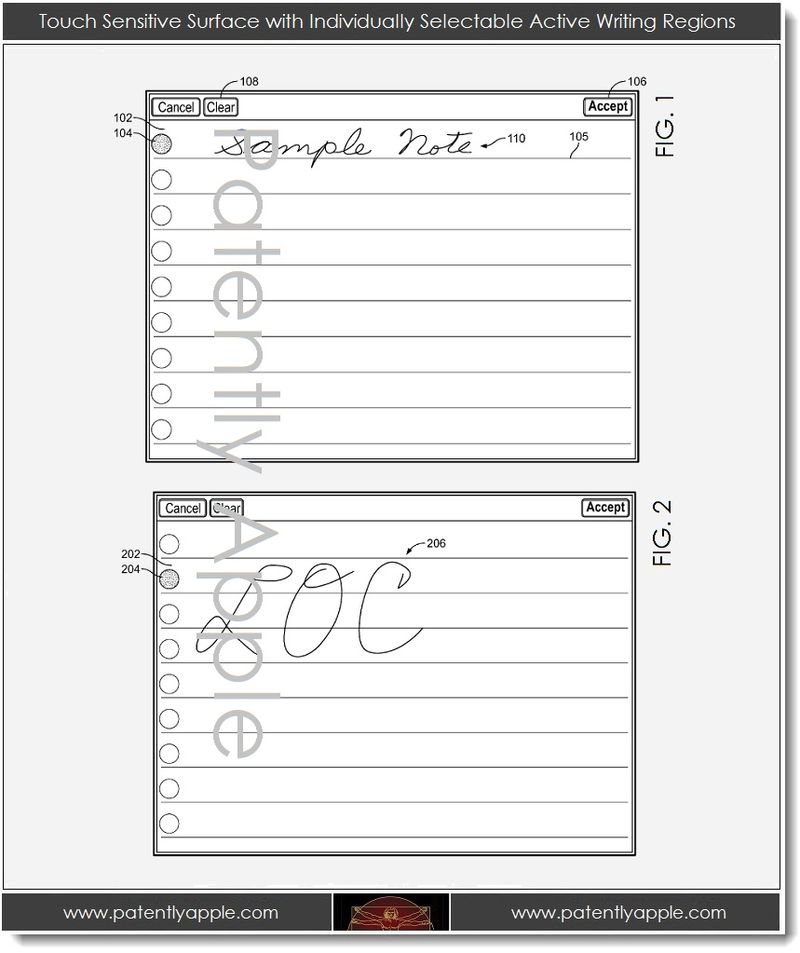 Apple states that the user could make a handwritten note with a finger, stylus or other suitable writing instrument. If you've ever tried to actually use handwriting with your finger on an iPad, you know what I mean when I say the end result is vastly inaccurate, sloppy and pardon the term, retarded. Here's to hoping that if Apple is going out of their way to update their Notes app with writing capabilities, that perhaps they'll expedite their iPen accessories. I know that there are a few decent third party digital pens in the market for the iPad today, but I'd personally prefer one from Apple sooner rather than later.

Apple further states that a settings menu or similar input mechanism could allow users to select the location of the user interface element. In some implementations, user the interface element could be a hardware button. 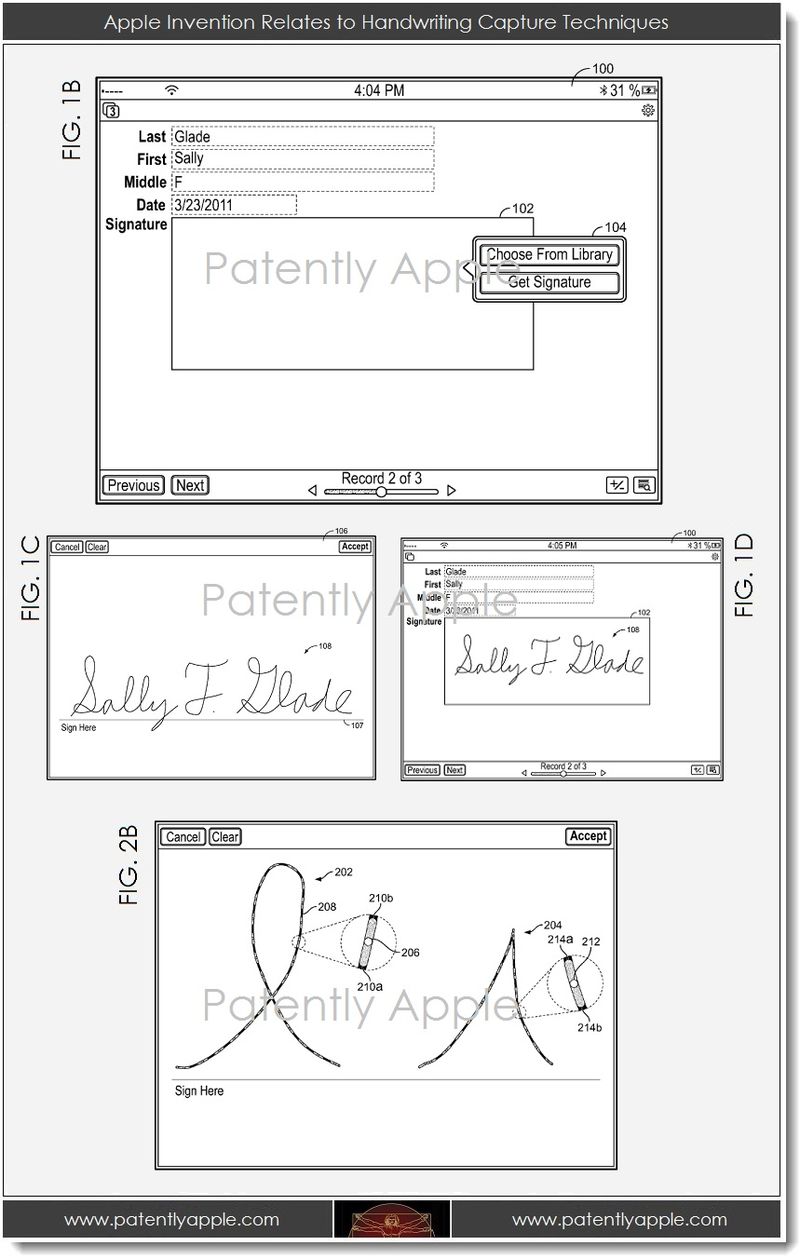 In a secondary invention published by the US Patent and Trademark Office today, Apple reveals "Handwriting Capture Techniques." Apple states that modern mobile devices (e.g., electronic tablets) could run applications that allow a user to capture their handwritten signature using a touch sensitive surface. For example, some delivery companies provide their delivery personnel with handheld devices that allow a customer to sign for a package by writing their signature on a touch sensitive display surface of the device using a finger or stylus. Unfortunately, if the device is capable of capturing only a few signature data points per second, and if the finger or stylus is moved quickly, there may be an insufficient number of signature data points to generate a smooth and continuous rendering of the signature.

To correct this, Apple has created a set of rules used by device's processor to render a digital image of handwriting (e.g., a handwritten signature) by connecting data points captured on a touch sensitive surface of the device with line segments or curves. A set of rules determines whether two given data points will be connected by a line segment or a curve. If a curve is used, the set of rules determine characteristics of the curve through the derivation of control points.

In some implementations, a smoothness adjustment factor could be applied to magnitudes of curve control points to reduce excessive smoothing for large distances between data points and maintain acceptable smoothing for short distances between data points. The magnitude could then be adjusted by multiplying by a constant factor which could be determined (e.g., heuristically) from the processing speed and resolution of the device upon which the curve is being rendered.

Today's two patent applications relating to writing on a touch sensitive surface were both filed in Q2 2011 by inventors Lyndley Crumly and David Clark.