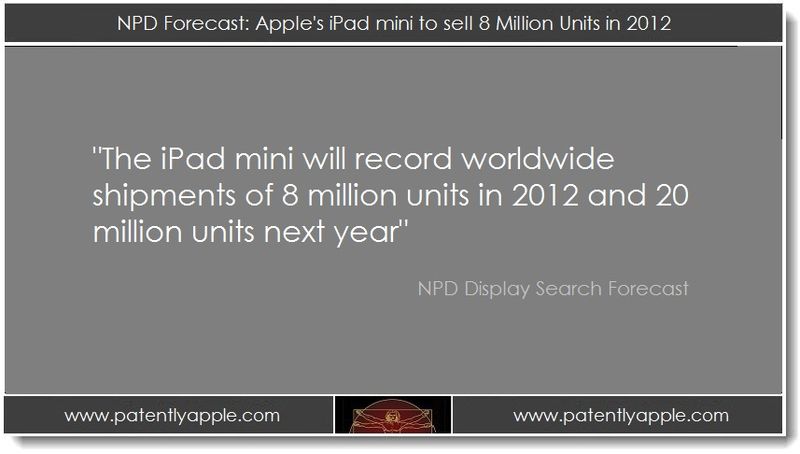 According to a new NPD DisplaySearch report published yesterday, Apple's forthcoming iPad mini will sell 8 million units in 2012 and give them more traction with consumers who love eBooks.

The iPad mini, which is expected to hit store shelves in the last quarter of this year, will record worldwide shipments of 8 million units in 2012 and 20 million units next year, NPD DisplaySearch forecast.

The 7.85-inch tablet, with its slim design and low- power display, is aimed at consumers who enjoy reading on mobile devices, the research firm stated.

South Korea's LG Display Co. (LGD) and Taiwan's AU Optronics Corp. (AUO) are the two major display suppliers for the iPad mini. The mainstream in-plane switching technology is from LGD, while the advanced hyper-viewing angle technology is from AUO, the research company said.

Its forecast of 8 million units of iPad mini shipments for 2012 suggests that the device may enjoy better sales that tablets from other vendors.