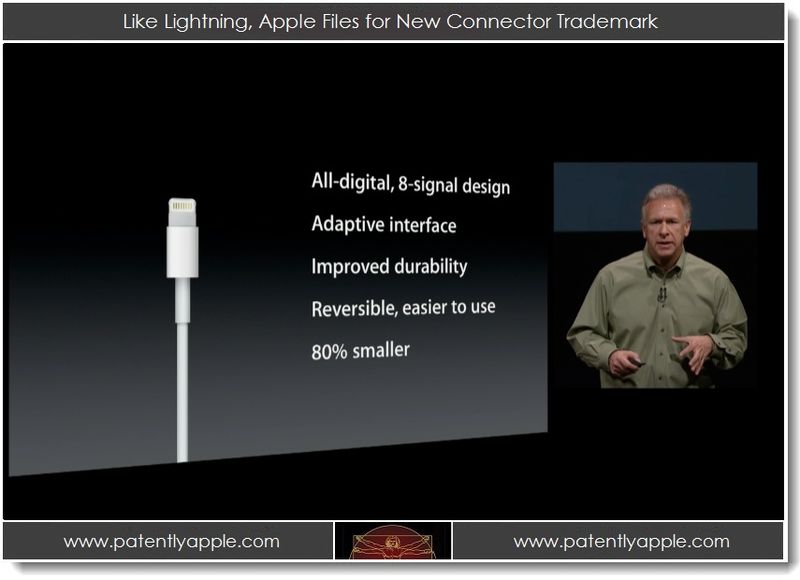 The US Patent & Trademark Office just published Apple's latest trademark application for "Apple Lightning" under application 85726560. Phil Schiller introduced the new lighting connector during Apple's special event this week. "The iPhone from its start used the iPod 30 pin connector which we launched originally in 2003 and it served us well for over a decade," stated Schiller who went on to point out several key attributes of the new 'Lightning' connector as presented in our cover graphic above. Report Updated February 05, 2013

Although the US Patent and Trademark Office's application actually shows that Apple filed their trademark on Tuesday September 11, the patent office didn't release it prior to Apple's event and instead released it this morning. 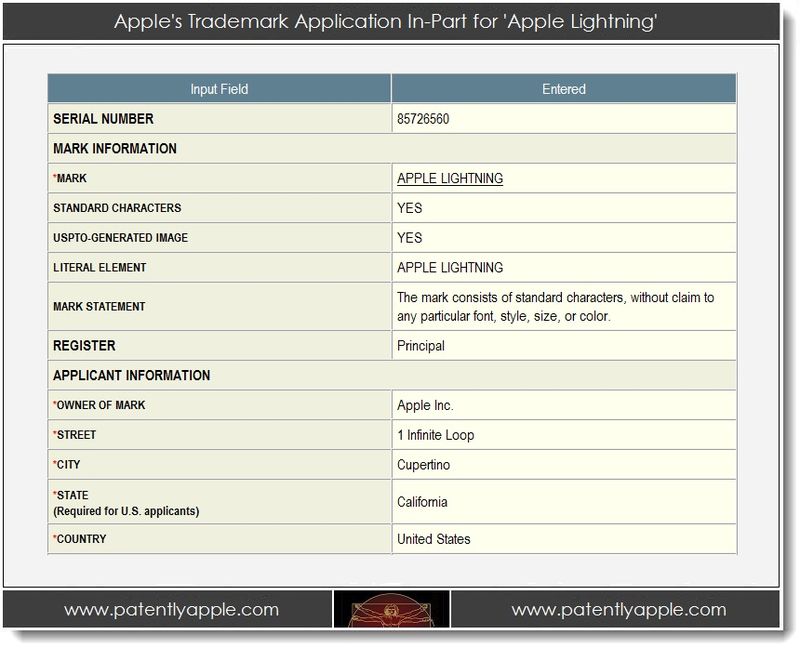 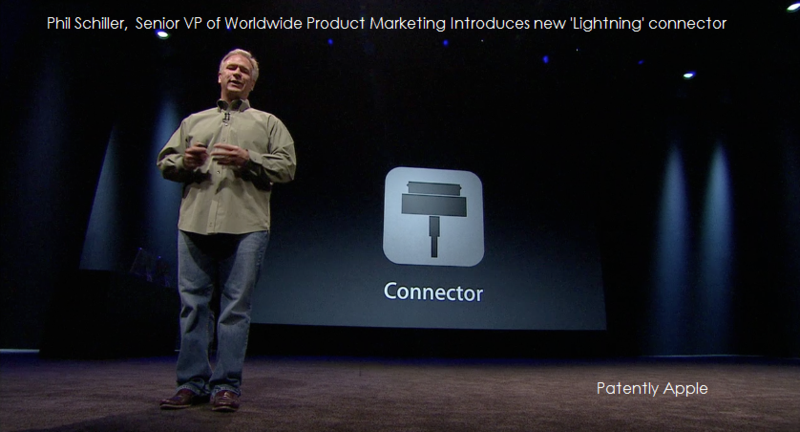 Earlier this week, Apple filed for the trademark 'EarPods'.

Update Feb 05, 2013: Apple has filed for "Apple Lightining" in Europe under number 011541737. Apple has expanded their International Classifications beyond #9 in their European fling to now include Class #38 covering telecommunicaitons and Class #42 covering  scientific and technological services which covers such things as voice-print and voice recognition.