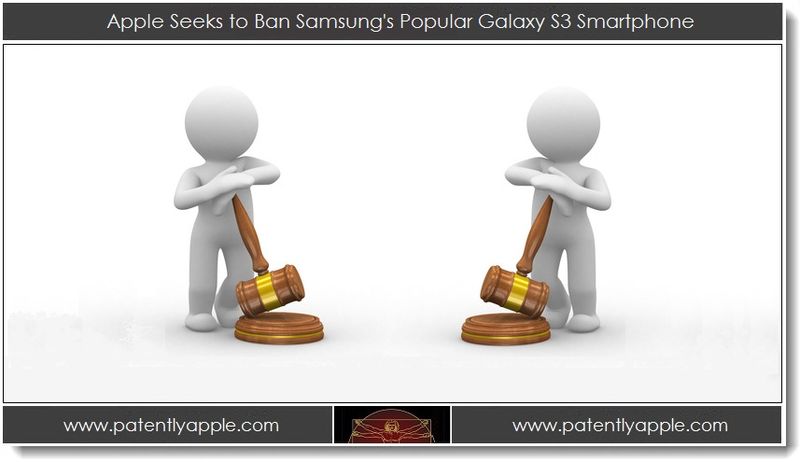 According to a new report, Apple has added the best-selling Samsung Galaxy S3 handset to a list of products it says infringe its patents. The Galaxy Note tablet is also included in a new list of 21 gadgets submitted to a court in California. The report notes that it's not the same court that last month awarded Apple $1.05bn (£644m) after finding Samsung guilty of "wilful" copyright infringement.

If the new court initially finds infringement, it has the power to halt Galaxy sales in the US before trial. Apple's document before the court goes on the attack by stating that "Rather than innovate and develop its own technology and a unique Samsung style for its smartphone and tablet computer products, Samsung has chosen to copy Apple's technology, user interface, and innovative style."

According to the BBC report, Samsung's response was that "Apple continues to resort to litigation over market competition in an effort to limit consumer choice."

Considering that Samsung was ranked as the number two "prolific patent winner" in 2011 by filing 4,894 patents in contrast to Apple's thirty-ninth ranking with 676 patents, it's abundantly clear as to who tries to protect their intellectual property more. Samsung filed more than 7 times the patents that Apple has. The first impression that comes to mind when you know this fact, is that Samsung is highly hypocritical and simply trying to win a public PR war instead of a legal one. A PR war that they're beginning to lose.

Apple won their patent infringement case against Samsung in California on August 24, 2012.

You do realize the patents Apple is trying to wield here include patents on using lists in a GUI, searching more than one place at the same time, swiping a finger on a touchscreen to perform an action, and - best of all - performing actions based on data?

I appreciate your comment Adam, but that doesn't impress me in the least. I bought a Samsung stove that broke down after 25 months. I thought I was buying a real stove, it turned out to be no better than a toy. It was a great "looking" stove that was just rushed to market to grab market share. So to your comment, yes Samsung sells more things, but what they make isn't always worth a damn.

Samsung has nothing to worry about. They are a much larger and more diversified company. Samsung sells things people actually need too, like fridges, microwaves and tools. Samsung actually MAKES things.

You mean after Apple warned them and even offered to license their technology and designs .... then they sued them. There's a sequence you fail to acknowledge. This never had to go to court. As for FRAND. Isn't Samsung completely out to lunch with their 4G licensing terms for Apple? Are they not bending FRAND out of vengence?

You're a Samsung fan and I appreciate your comment. I just don't happen to agree with it.

Ruin Samsung? Isn't Apple one of Samsung's top customers? Yes, of course. The focus is on getting Samsung to stop copying Apple's designs and software, not ruin them.

You're over reacting Santosh. While I appreciate your view as a Samsung fan, I simply don't agree with it.

Apple is trying hard to ruin Samsung, as well has Google. But Samsung can hold on to a grain of hope in other markets, with the recent news that Apple lost its claim against Samsung in Japan.

Yes, but Samsung is currently only in court against Apple... who sued them first. Also, I'm sure they're not patenting shapes or features that should be under FRAND like Apple has.

You're missing the point Hun. The point is that Samsung loves to protect their IP from potential copycats - right? Yes, of course. Do you think they protect their IP to throw it away? Get real. That's what makes Samsung so hypocritical. To say it's okay to copy Apple's IP is two faced, plain and simple.

Samsung, compared to Apple, has a wider range of products: ranging from TVs to phones, from Air conditioners to audio systems and many more. It's no surprise that they have a greater amount of legal appeals.