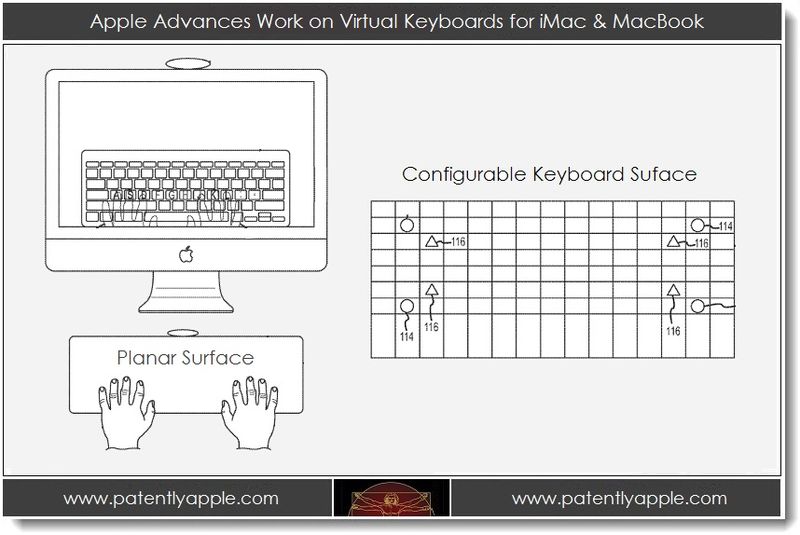 On September 6, 2012, the US Patent & Trademark Office published a patent application from Apple that reveals their continuing work on virtual keyboards for both the iMac and MacBook. For the MacBook, such work could lead to a future hybrid notebook/eBook iDevice.

As the computer system provides a virtual image of the input device, ergonomics may be improved. That is, a user may simply view the display screen to see the relative location of their hands to the input device and its virtual buttons.

Moreover, when used as a keyboard, all keys are programmable, allowing for function keys, international keyboards, capitals, numerics, and so forth. Further, fewer keys may be provided in some embodiments and each key may be programmable for multiple functions (e.g., more than two functions per key).

The first round of patent figures relate specifically to Apple's iMac desktop computer. 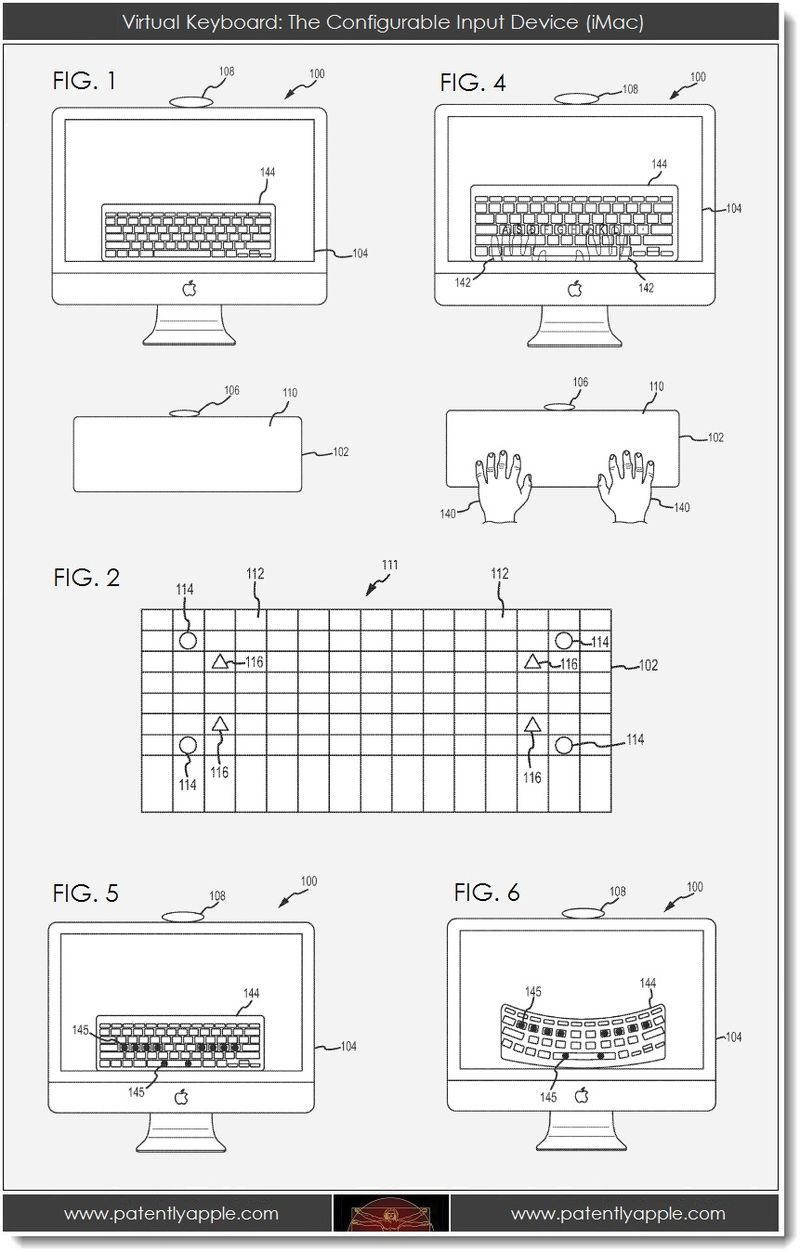 Additionally, or alternatively, the user's digits may be shown in positions illustrating what input their digits overlay. That is, the illustrated digits may be shown as being over particular characters, icons, etc., that the discrete input devices will be interpreted as by the computing system.

Apple's first patent application relating to a virtual keyboard for a future iMac was covered in our January 2011 patent report titled "Apple Gets Closer to a Virtual Keyboard for the iMac +." 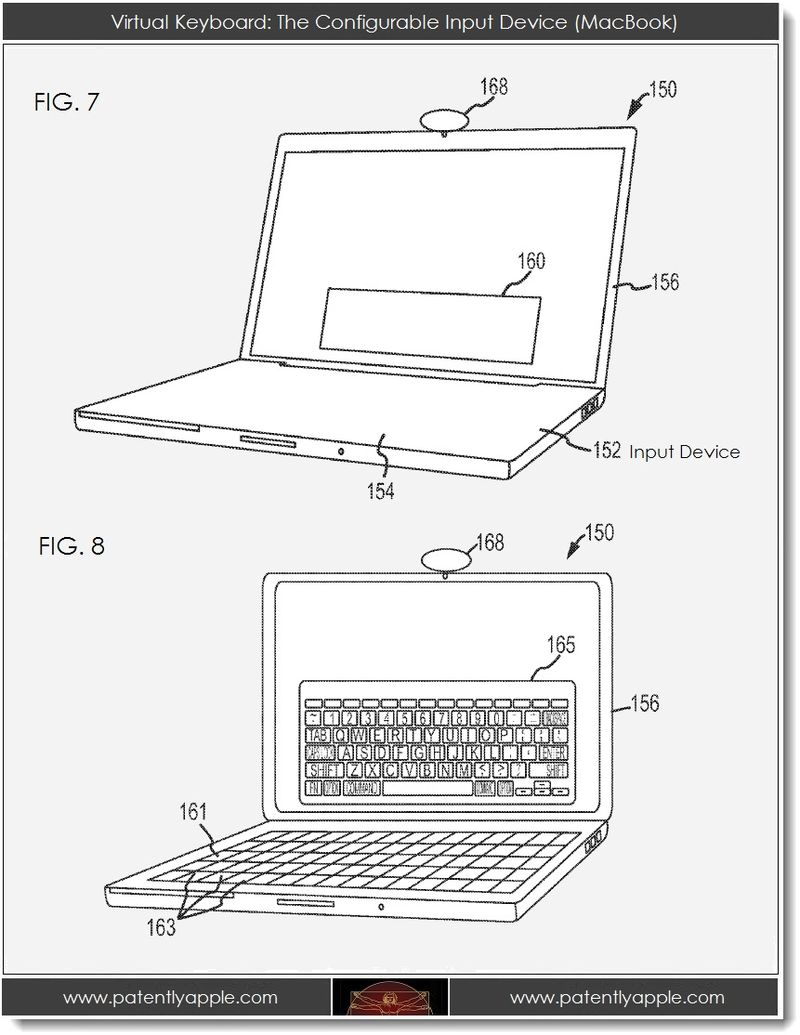 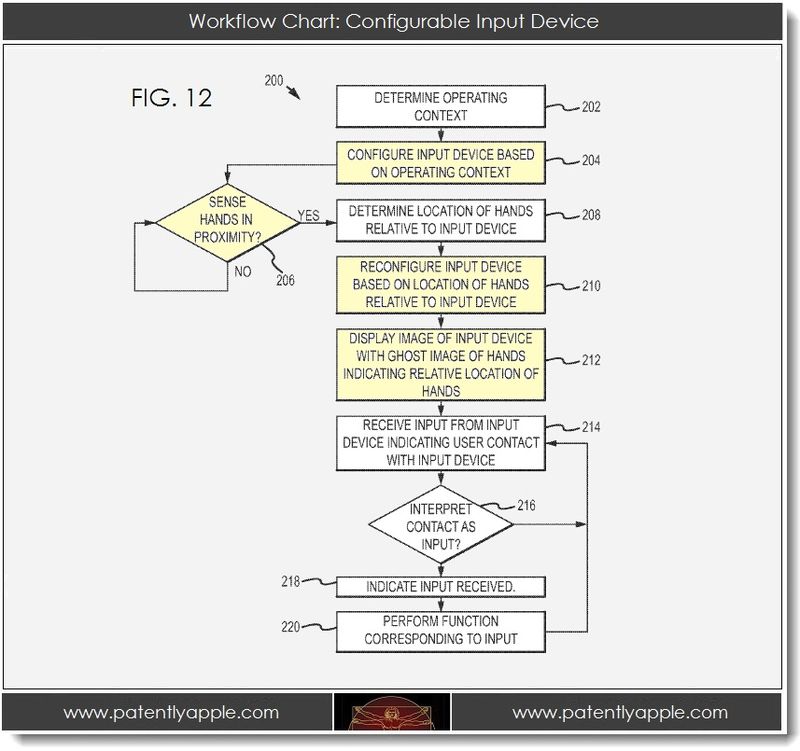 Should this future MacBook Pro configuration with a virtual keyboard ever surface, there's a chance that this version of Apple's MacBook could technically double as a foldable eBook as a recent Toshiba patent has illustrated.

In February 2011, we posted a report covering Apple's Live & Reconfigurable MacBooks patent and we believe that today's patent application builds on that foundation.