On September 6, 2012, the US Patent & Trademark Office published a patent application from Apple that reveals some of the technology that is scheduled be integrated into cars from nine auto companies in the fall of 2013.

In Apple's patent background they state that the role of traditional printed maps is being supplanted by modern devices capable of rendering dynamic map displays. Devices that include mapping or navigation applications provide information regarding an area selected by a user by recalling map data from local memory or networked services.

Mapping devices include appropriately configured personal computers as well as dedicated mobile devices, including those found in automobiles, aircraft, and watercraft. Newer mobile devices may integrate mapping features with one or more other functions previously found only in standalone devices, such as computing functions, personal data assistants, cellular telephone service, network access, camera functions, and the ability to play media files and games.

According to one vehicle feature, the contact information that could be displayed on the vehicle device display will include your iPhone's address book and contacts information. 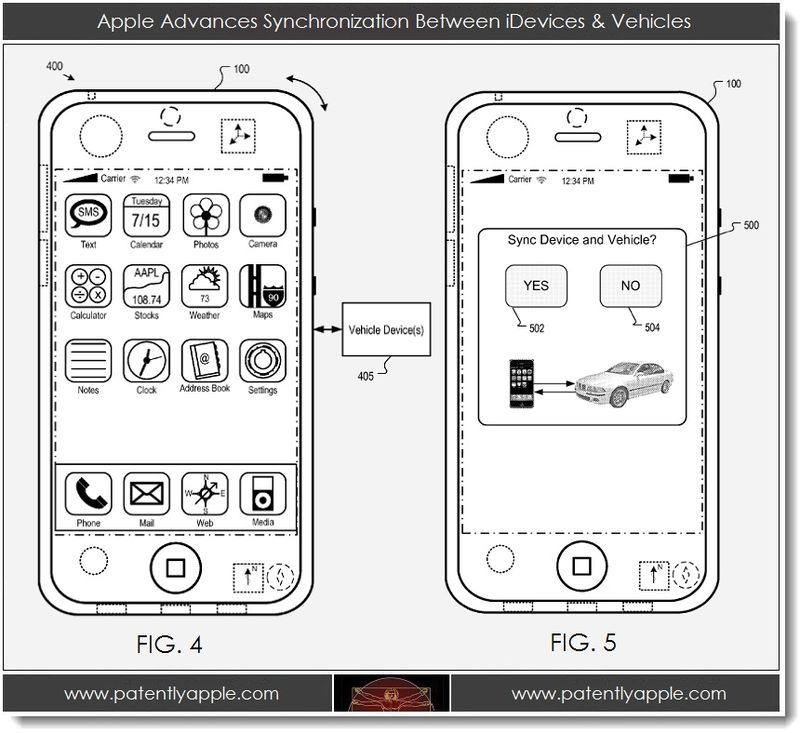 Apple's patent FIG. 5 is a block diagram of an example synchronization request screen 500 of the iPhone. In an implementation, the request screen could appear after the iPhone is in communication with the vehicle device(s) 405. This could occur after the iPhone is docked or physically connected to the vehicle device(s) 405, or after wireless communication between the two devices is established.

Apple's patent point # 50 specifically adds that "An audio subsystem 326 could be coupled to one or more speakers and a microphone to facilitate voice-enabled functions, such as voice recognition, voice replication, digital recording, and telephony functions." 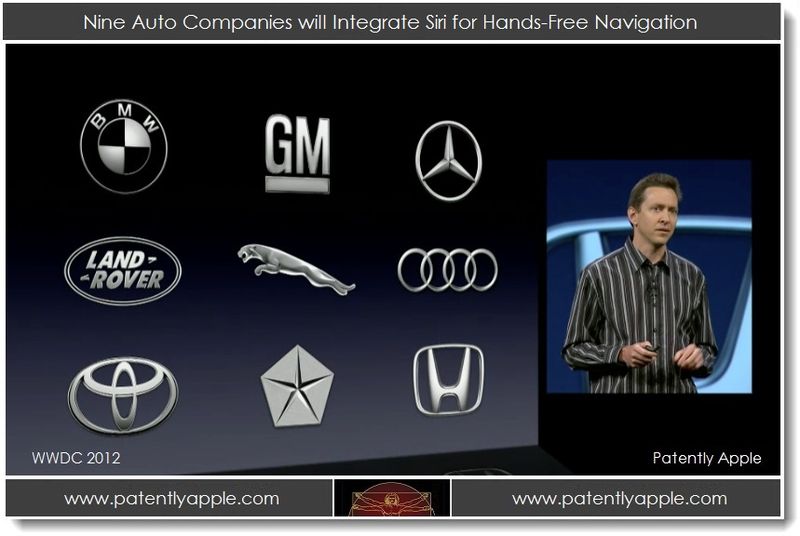 Scott Forstall, Senior VP of iPhone Software stated back in June of this year, that nine auto companies will be integrating Siri hands-free navigation into select vehicles in 2013. This will fulfill two patents that were published in January of this year along with this current patent which happens to list Forstall as one of the inventors. 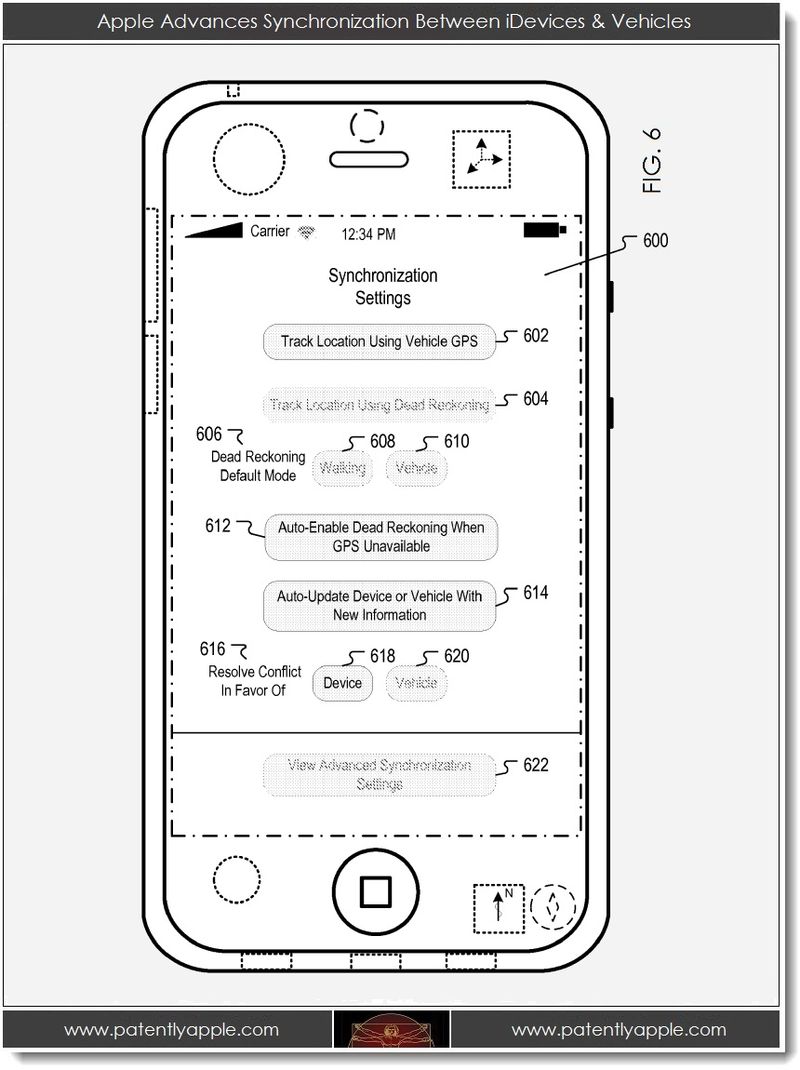 Apple's patent FIG. 6 is a block diagram of an example synchronization settings screen 600 for the iPhone. Apple states that when a button is in a disabled state, its appearance changes to a lighter or "grayed out" appearance as shown above. 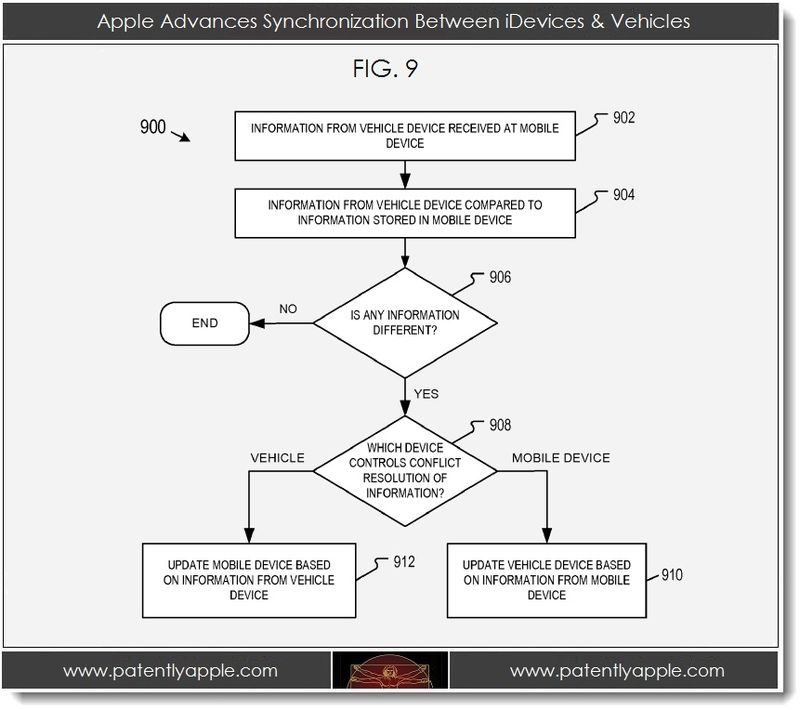 Apple's patent application was originally filed in Q2 2012 and published today by the US Patent and Trademark Office.