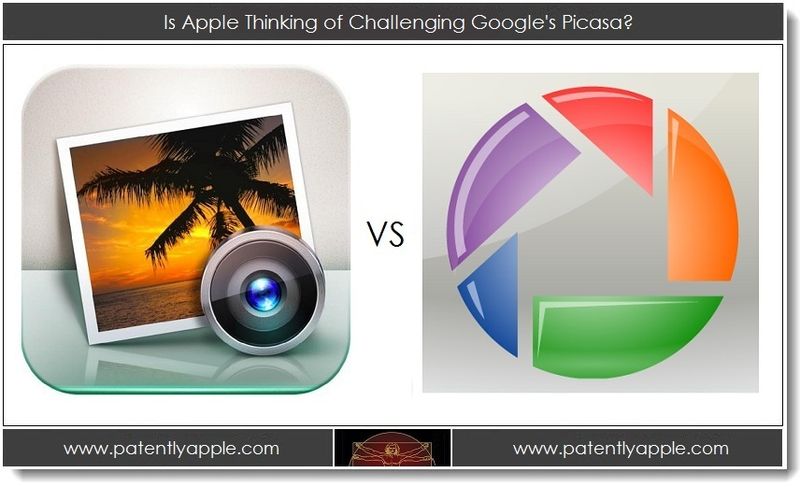 The US Patent & Trademark Office published Apple's latest trademark application relating to their figurative, non-textual "iPhoto for iOS" logo. The trademark filing 85700010 includes the International Classification 9 which covers computer software used for image editing and image processing. Apple had also filed their trademark in China and Europe this past week which added International Classifications 41 and 42 which covers photography and digital imaging services in addition to a fascinating entry that might be an eye opener. In fact, there's specific verbiage in one of the trademark classifications that would strongly suggest that Apple may be secretly working on a service to challenge Google's Picasa and similar types of online services like Flickr. I don't know about you, but such a service offering for iOS users would only make sense. Note: This report was updated on August 19, 2012 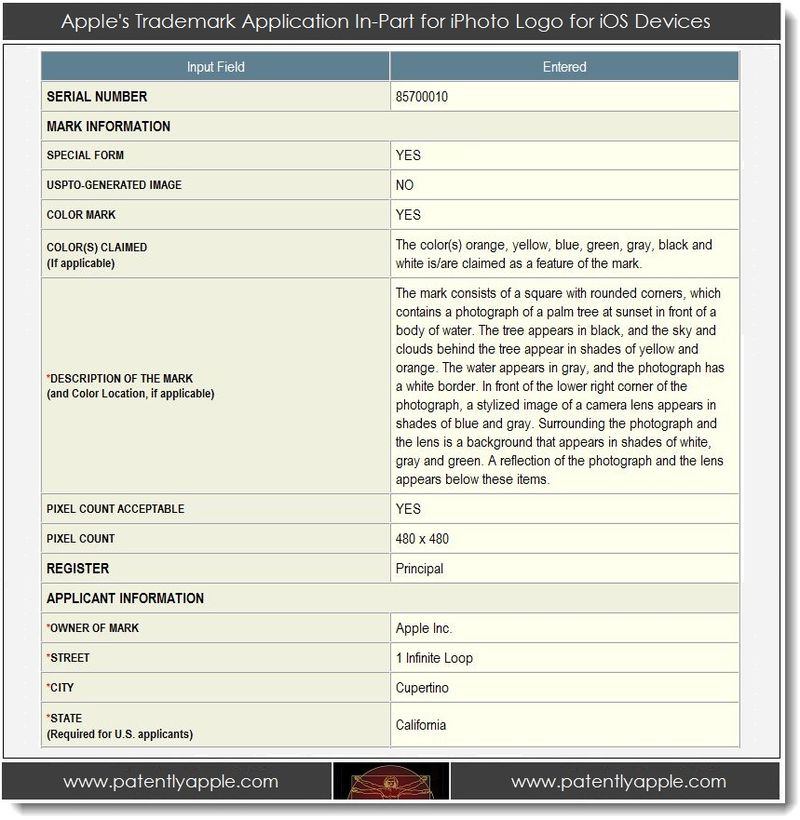 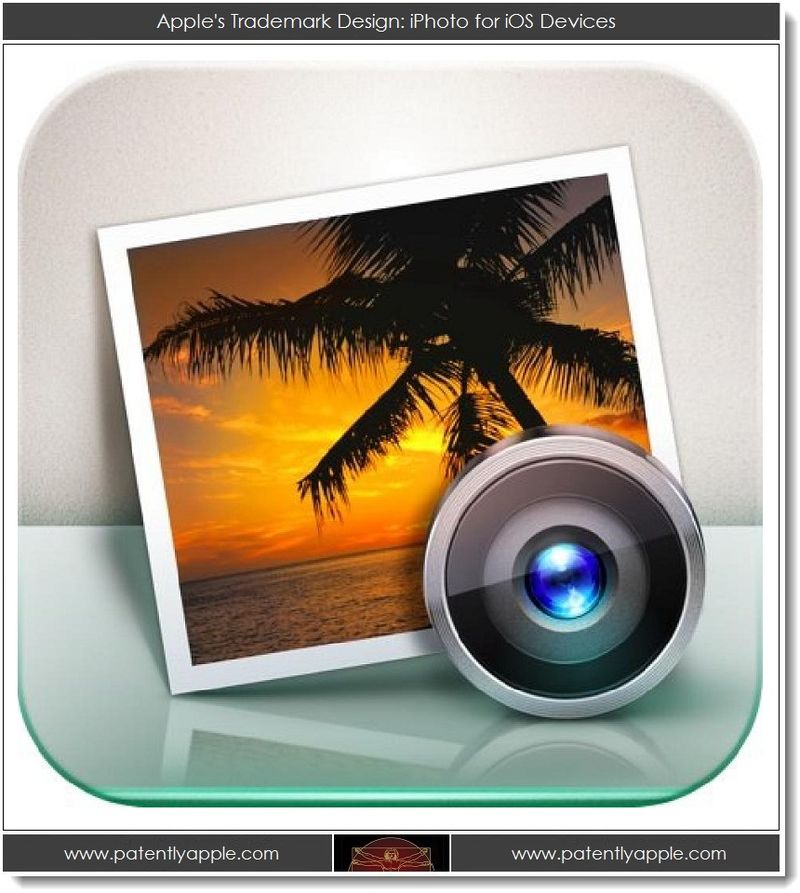 Whether the specific verbiage noted above was entered by Apple Legal as a cautionary "just in case" scenario or if Apple's executive management actually instructed Apple Legal to enter this as preparation for a "web site featuring technology that enables internet users to share documents, images and videos," is unknown at this time.

Yet with Apple dumping Google Maps from iOS devices recently, it would seem like a move that could very well materialize over the coming years to further challenge Google. And when you think about it, iPhoto for iOS is the only iOS app to have its own unique logo. Others apps for the iPad like Pages, GarageBand and so forth don't have a distinguishing logo. This could support the idea of it being the logo for a future online iPhoto service. Personally, I think it would be a great service for iOS device owners. What are your thoughts on Apple launching such a service? Send in your comments below.

Update August 19: Some have emailed me to say that Apple's iPhoto for iOS has a feature called "Journals," that offers users a personalized website for photos. I tested out the iPhoto Journals feature and here's my test result (just click on the photo). It's actually pretty good and you'll get to see one of my favorite summer hangouts: The Rocky Mountains. Well, at least a test video of one of my special places. The video was shot on my new Retina Display iPad.

Apple's journal is pretty cool for the price of the iOS version of iPhoto. It doesn't offer "documents" as Apple's trademark listing presents, but that could come at a later time. The other thing is that you have to own an Apple iDevice (iPhone, iPad) for this to work which puts it out of arm's length of Android or Windows users. So it can't really compete with Picasa or Flickr or any other of the services available to the public. It's another closed Wall experience.

I appreciate what Apple has done with iPhoto for iOS and specifically it's Journal feature allowing users to post photo/video journals on a personalized webpage for a measly $5. It's great - even though reaching my Journal's webpage on my iPad took forever.

It sure would be nice if Apple would learn to share more of its apps with the public beyond iTunes and Safari. Will Apple's photo service ever compete with Picasa? Evidently not with their current form of the iPhoto Journal, but you never know what the future holds. Only time will tell. Thanks to those who provided me with constructive feedback. 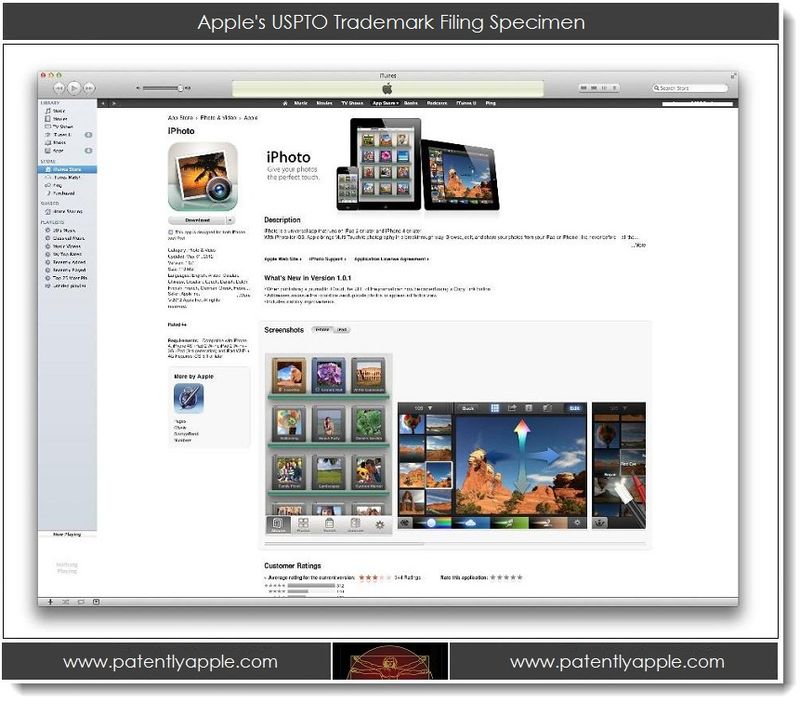 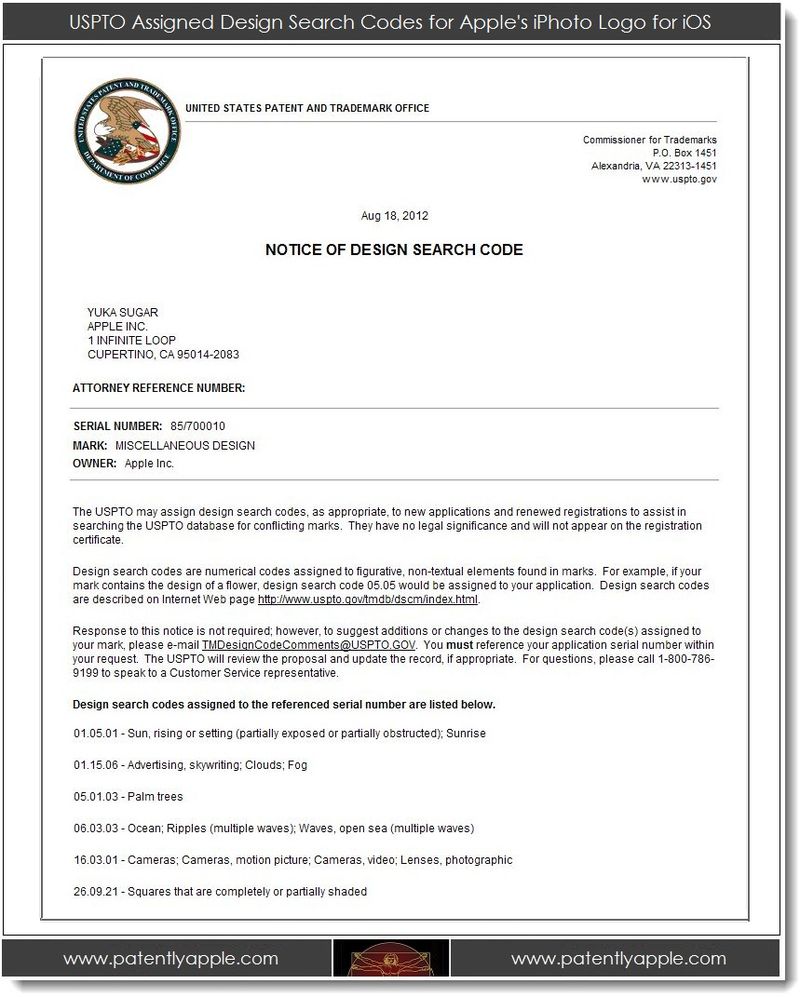