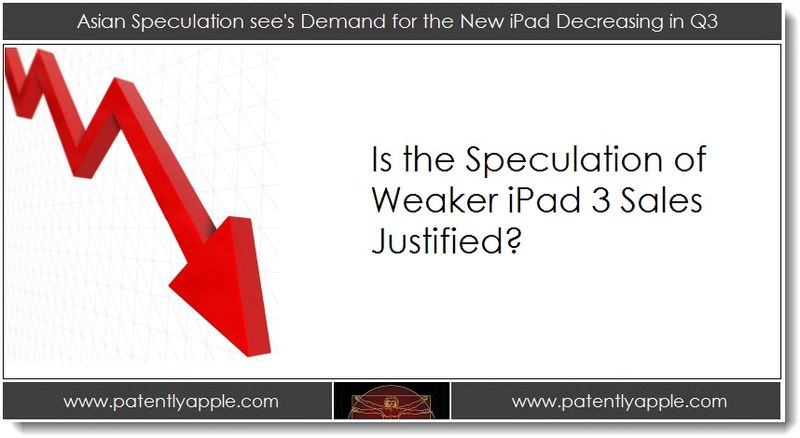 Speculation from a Taipei based analyst this morning states that Apple is likely to cut its orders for their iPad in an attempt to avoid an oversupply of the tablet computer and adjust its panel supplier mix. "The growth momentum of worldwide tablet PCs has actually become weaker this year, partially due to market saturation," said Charles Chou, a senior industry analyst at the government-sponsored Market Intelligence & Consulting Institute. The analyst also stated that Apple is facing market share erosion by some 'white-label' vendors. Yet in July, Tim Cook reminded analysts that they had just resolved an iPad trademark issue in China and that sales for the last quarter didn't benefit from the new iPad in the June quarter in Mainland China. So in context, the imaginary argument that analysts are seeing "market erosion" isn't justified. Yet the speculation continued in a report out of Korea that the gross demand for display panels for the new iPad may decrease from Q3. So are these analysts seeing something that we're not?

It's the rare analyst who gets much of anything right when it comes to predicting how or what Apple is going to do.

This is just to test out Patently Apple's new comment "Reply" system.

It seems to work just fine.

I think that the analysts are jumping the gun