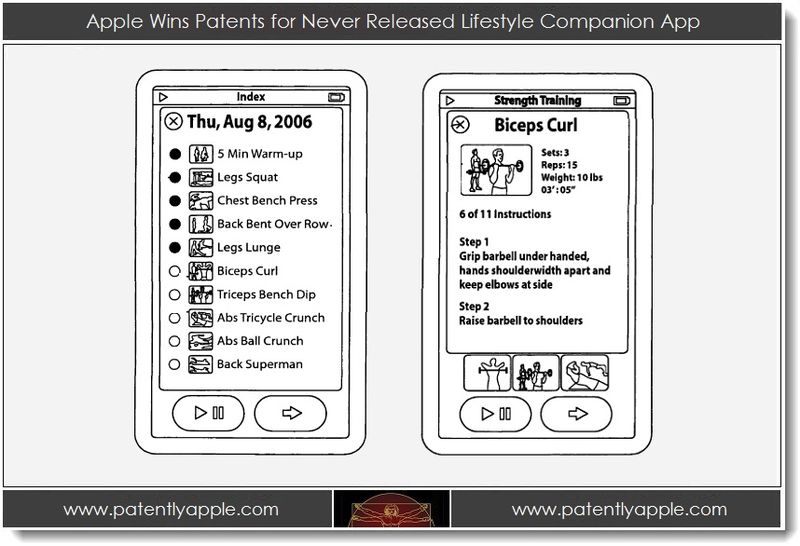 The late CEO Steve Jobs and in his inner circle began dreaming up their iLife series of applications for the Mac back in 1998. The first app was iMovie which actually debuted in 1999. In 2003 the first iteration of the iLife Series debuted. In 2007 Apple began to pursue a lifestyle companion application but it was never released. Instead, Apple chose to work on the Nike + iPod application to bolster the iPod. The lifestyle companion system was designed to coordinate a user's fitness, nutrition, and medical experiences. Considering that the Nike + iPod hasn't really advanced much over recent years, you have to wonder if Apple will consider releasing this application in the future now that the Patent Office has granted them a patent for it. To close out our report, we cover Apple's dual design patent wins for their sixth generation iPod nano.

Apple has received a Granted Patent that relates to a lifestyle companion system. More particularly, the present invention can relate to a system that coordinates multiple corridors of experiences in a person's life.

Conventional systems typically focus only on one aspect of a person's experiences. Conventional systems typically do not intelligently integrate multiple aspects of a person's experiences. For example, a typical piece of software may be implemented to measure a user's heart rate during an exercise routine. But, that software typically cannot coordinate the heart rate information to the user's general fitness goals, nor intelligently use that information to assist the user in reaching his goals.

Accordingly, it would be desirable to provide a system that could bridge numerous corridors of experiences in a person's life and coordinate them for maximum efficiency and enjoyment.

In accordance with Apple's present invention, a lifestyle companion system could be provided for coordinating multiple corridors of a user's life. The lifestyle companion system could include devices and methods for providing a platform for conducting user interviews, suggesting activities and references based on interview responses, providing a platform for a user to schedule activities, collecting data about a user during performance of activities or throughout the user's day, and/or providing progress reports. The method also could include assigning user category levels (e.g., activity levels) based on interview responses. In some embodiments of the present invention, the lifestyle companion system c\could coordinate a user's fitness, nutrition, and medical experiences. 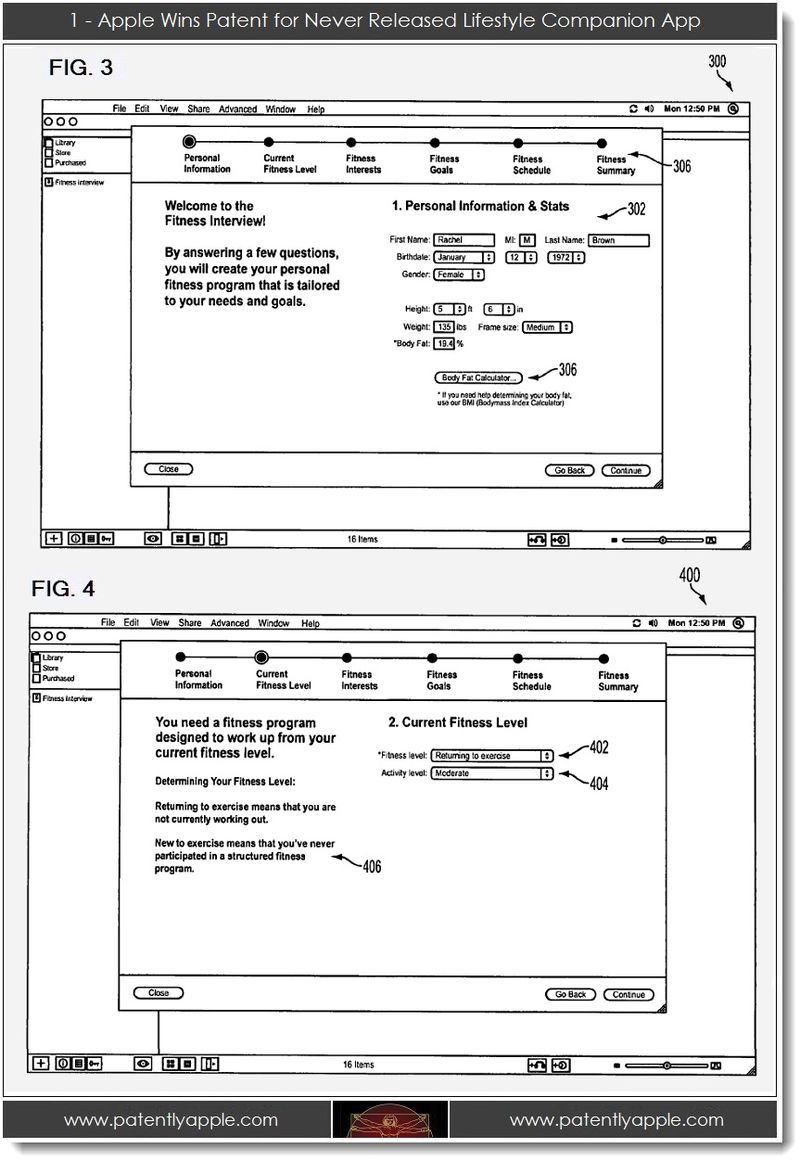 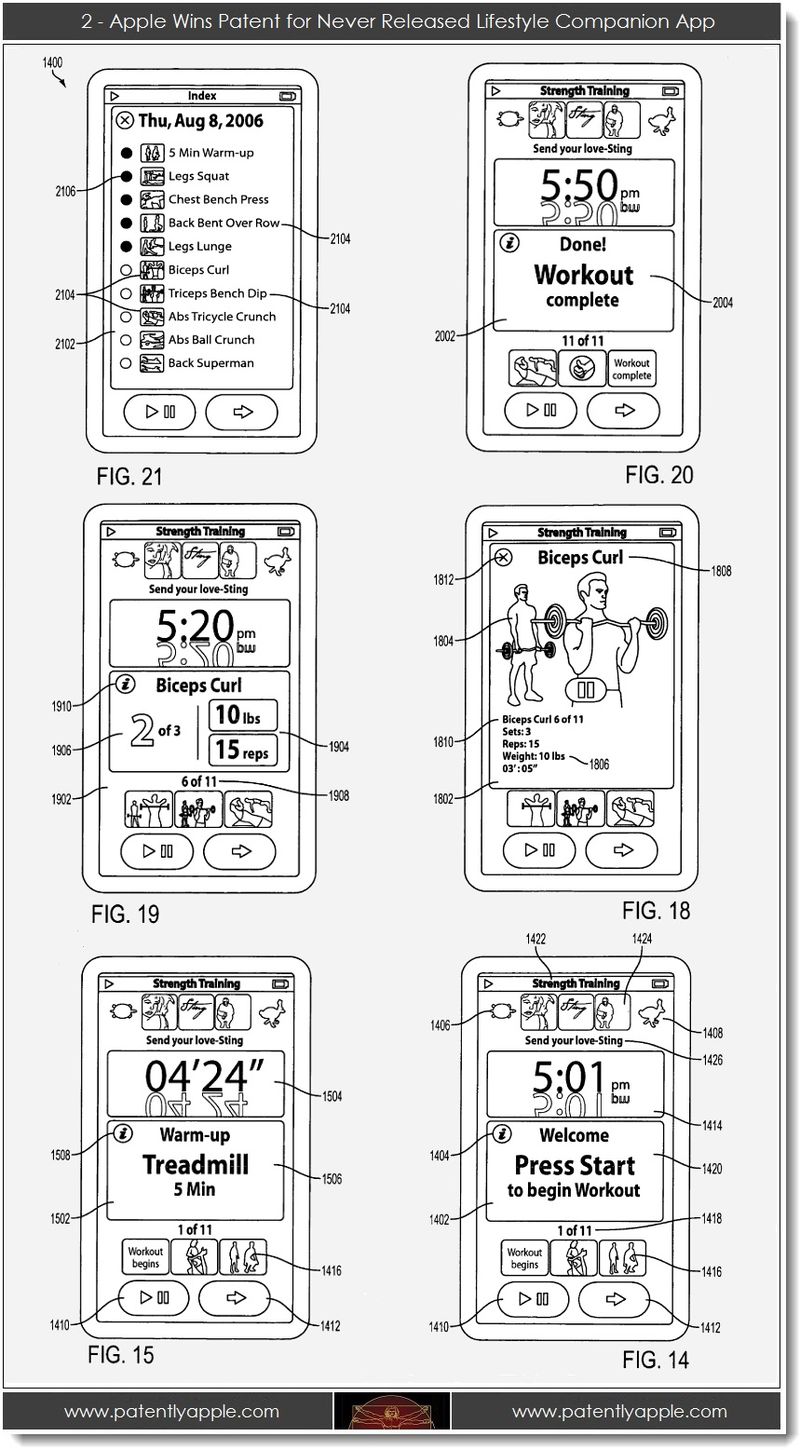 Apple credits Glen Gilley, Sarah Brody, Randall Ubillos, Mihnea Pacurariu, Jesse Dorogusker, Robert Borchers and Donald Ginsburg as the inventors of this patent which was originally filed in Q1 2007 and published today by the US Patent and Trademark Office. Other supporting applications that Apple has worked on were released in March 2010, August 2010 and August 2011. For other possible candidates, see our Archives. 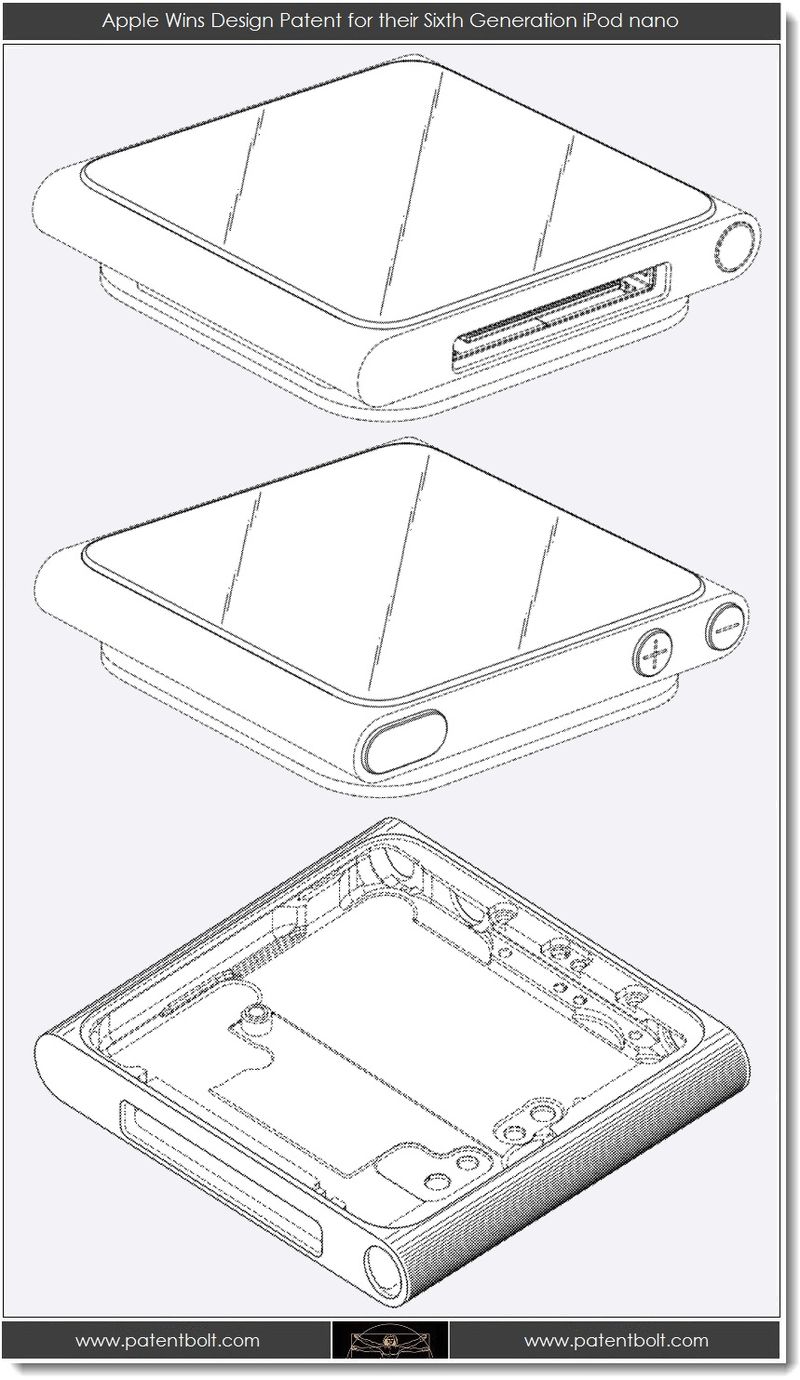