The US Patent and Trademark Office officially published a series of twenty-nine newly granted patents for Apple Inc. today. One of the key patents published today covers a major patent win for Apple TV, the set-top-box. Apple's patent clearly shows that Apple TV was and/or is going to work with cable TV and provide PVR like features. Whether Apple TV will ever make the leap to being a fully advanced iOS based Smart TV is unknown at this time – though it certainly would be a way to get under Samsung's skin. That's reason alone for Apple to move into this market. Only time will tell. Read this report's important update that just came in (August 15, 2012 at 8:22PM).

Apple's 2006 patent filing clearly illustrates that Apple TV was or is to work with regular cable TV. The patent figures clearly show ABC, Fox channels and so forth. Apple TV was and/or is to be able to record TV shows. Advanced Set-top-Box features for Apple TV would be a welcomed addition to the current iteration of Apple TV, one being it could act as a high-end PVR. Just recently Apple added access to Hulu (in the US only), which illustrates that Apple TV continues to be a mystery project in progress. 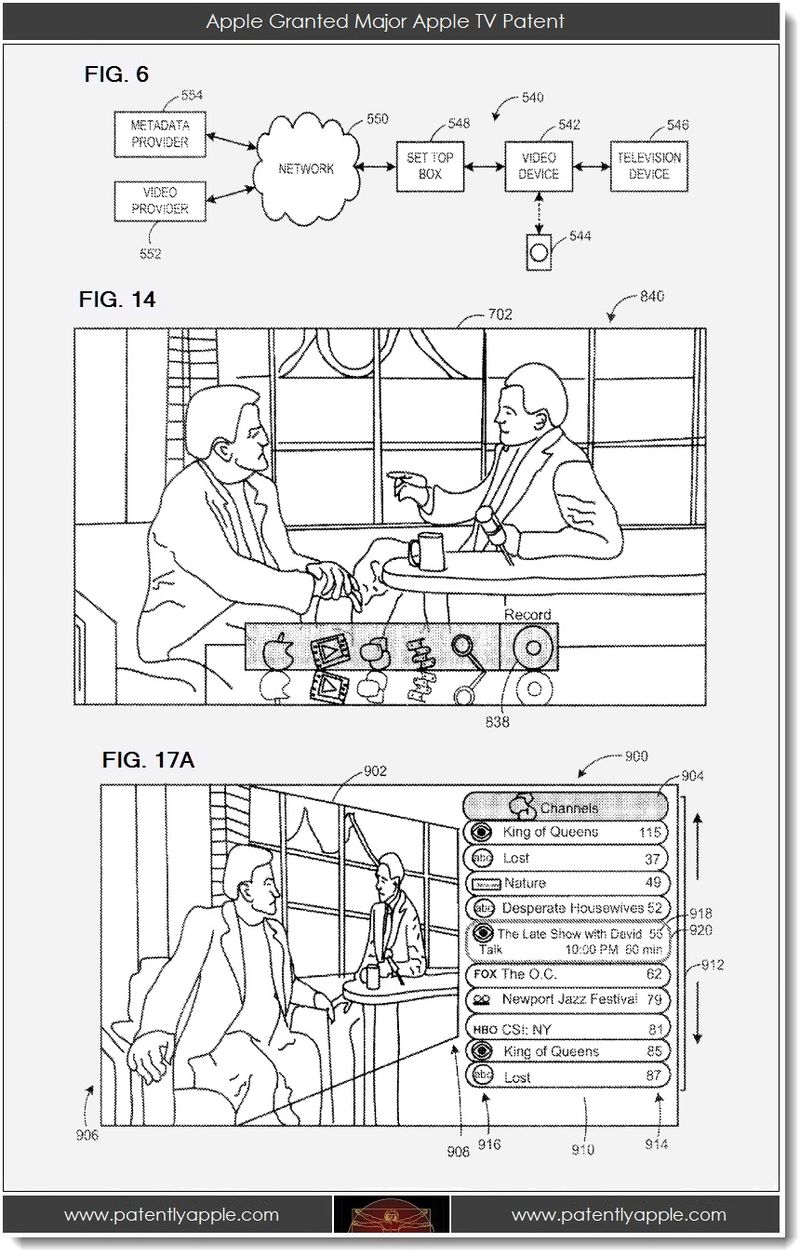 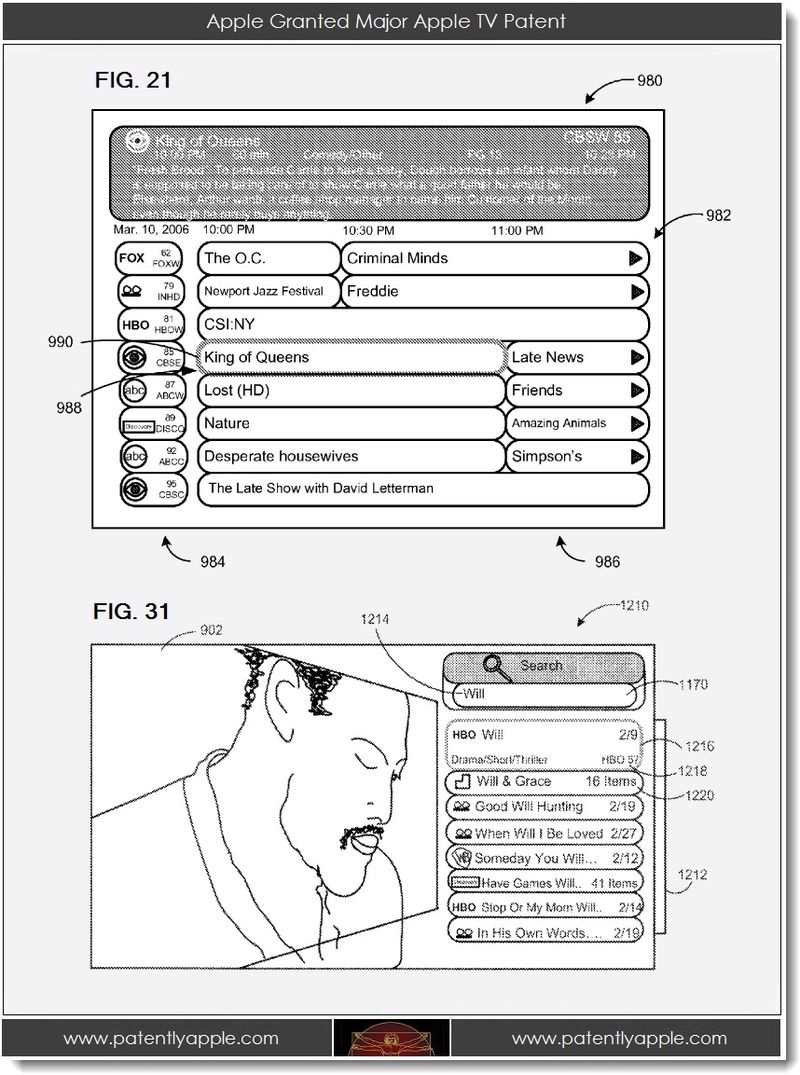 Although there are some that doubt that Apple will ever actually sell an HDTV version of Apple TV, our Apple TV related archives continue to show that Apple is working on LCD technology for TV's as well as a host of other advanced technologies including 3D. And with Microsoft eyeing TV as the next device to offer video conferencing for the family, Apple will have to eventually offer FaceTime. To do it right, Apple will integrate iSight into an HDTV system. I highly doubt that Apple will want to sell a clunky iSight camera to sit on top of your current HDTV.

Yet at the end of the day, it's still a hobby project for Apple and it's hard to get too ahead of the curve here. Whether Apple TV will simply advance as a set-top-box or make the leap to a full tilt HDTV is still unknown at this time.

Apple credits Rainer Brodersen, Rachel Goldeen, Mihnea Pacurariu and Jeffery Ma as the inventors of this patent which was originally filed in Q4 2006 and published today by the US Patent and Trademark Office.

The Wall Street Journal is reporting this evening that Apple "is in talks with some of the biggest U.S. Cable operators about letting consumers use an Apple device as a set-top-box for live television and other content, according to people familiar with the matter."

Jessica Vascellaro and Shalini Ramachandran go on to report that "the talks represent Apple's most ambitious crack at infiltrating the living room after years of trying."

You'd almost think that I had some inside track on the matter to dramatically end our report. Then again, one never knows.

For anyone interested in Apple's possible venture into television services, I would suggest they watch "The Lost Steve Jobs Interview". The film reveals just how far reaching the scope of his vision was.

Apple is not interested in buying Netflix, TiVo, Boxee, or fill-in-the-blank. They are not interested in developing some new-tangled TV console or exotic set top box. It will simply be a newer version of the present Apple TV. If it is up to Apple, your DVR and all programming will reside in the CLOUD. Apple is positioning itself to be the first to offer A LA CARTE programming. Once they develop this, the world will pave a path of gold to Apple's doorstep. Let's not forget that Apple is the master of knowing what people really want when it comes to product design, quality, and service.

I was listening to Jim Dalrymple on 5by5 today saying that Apple's patent was filed in 2006 and that "it's a long time to be waiting on a patent." Ha. Apple has iPhone patents going back to 1999 and the iPhone launched in 2007. That was eight years for some patents to see the light of day. But guess what, it happened Jim.

Of course not every patent comes to light, but many of them, like the iPhone, iPad, iPod, Cameras on iDevices and many many more have. To say that patents mean nothing, illustrates a common ignorance, plain and simple.