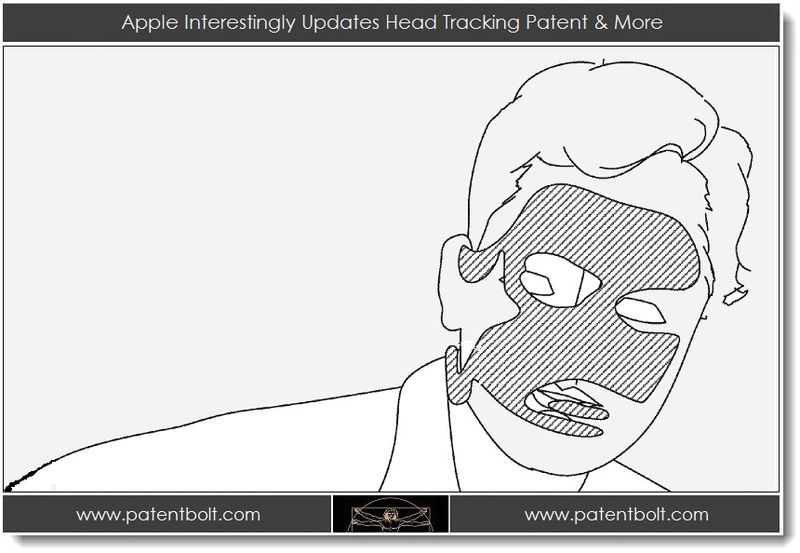 On August 09, 2012, the US Patent & Trademark Office published a patent application from Apple that reveals that they're still tinkering with their 2012 granted patent relating to head tracking which was originally published in 2009. Apple has added more strength to their patent claims relating to "methods" while dramatically reducing their patent claims relating to "systems." If anything, it shows that Apple is still actively refining their technology which is part of a larger project relating to a future 3D GUI for the desktop and portables. This is a timely revelation considering that a new patent from RIM illustrates their desire to bring a 3D UI to their future lineup of BlackBerry devices. Yes, the race is on to bring 3D head tracking user interfaces to market and it'll be interesting to see if Apple will decide to lead or follow on this front.

To review this patent in full, see Apple's patent application 20120200498 which was only filed in April of this year. Other mildly interesting patent applications that were published by the US Patent Office this morning include the following:

Patent Application 20120199455 relates to a keycap assembly that could prevent backlight leakage and provide a more evenly distributed halo to improve the functionality and aesthetic appearance of the keyboard assembly.

Another patent titled "Systems and Methods for Implementing Block Cipher Algorithms on Attacker-Controlled Systems" is being referred to as a new patent application by another site. It's really a continuation of a 2008 patent application that involves updating patent claims. It isn't a new application as could clearly be seen under the section titled "Cross-Reference to Related Applications."