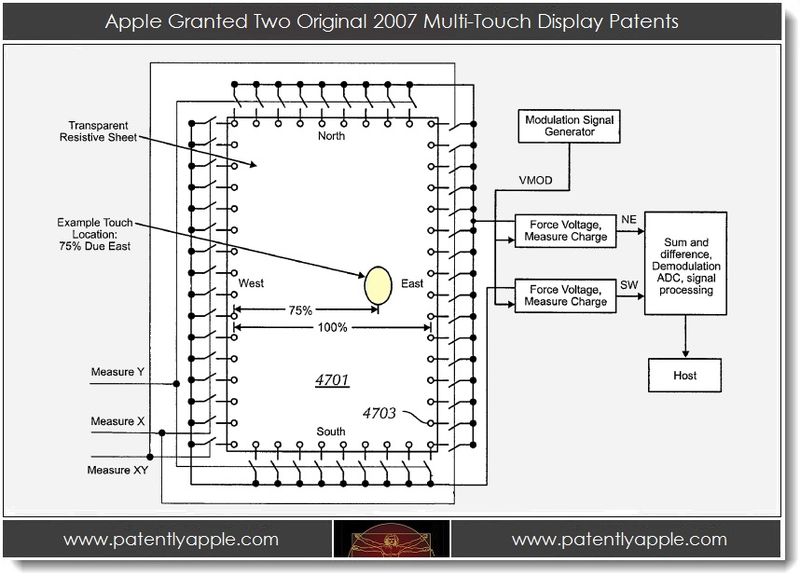 The US Patent and Trademark Office officially published a series of twenty-nine newly granted patents for Apple Inc. today. In our fourth granted patent report of the day we focus on two patents relating to Apple's original 2007 multi-touch technology. The patents go into great detail about display technology that even includes In-Plane Switching that is used in Apple's current iMac. Just last week Apple gained another granted patent related to multi-touch technology – and so it's beginning to appear that the hard work that Apple's engineers put into the revolutionary iPhone and iDevice revolution in general are beginning to pay off.  And finally, our report closes out with a listing of seventeen utility patents covering such things as the face recognition feature found on iDevice cameras, the button assembly for the iPhone as well as the electronic sighting compass for iDevices and much more. All in all, today has been a granted patent bonanza for Apple. 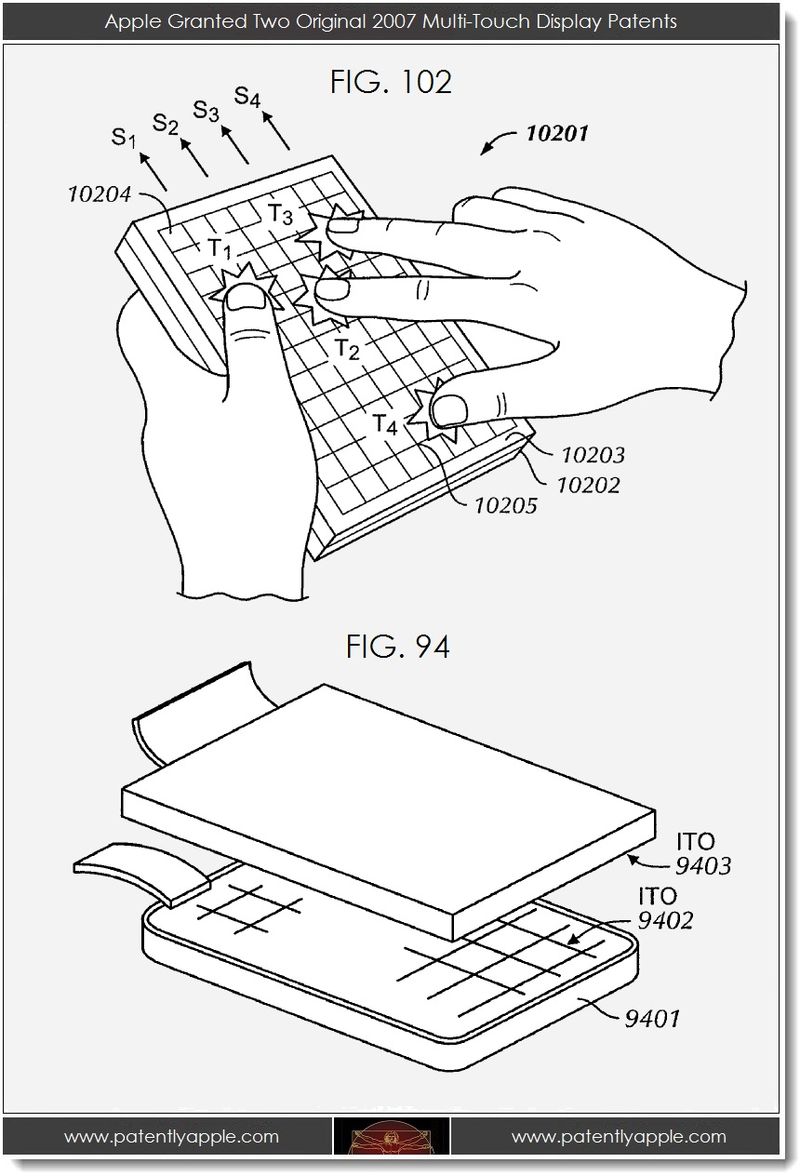 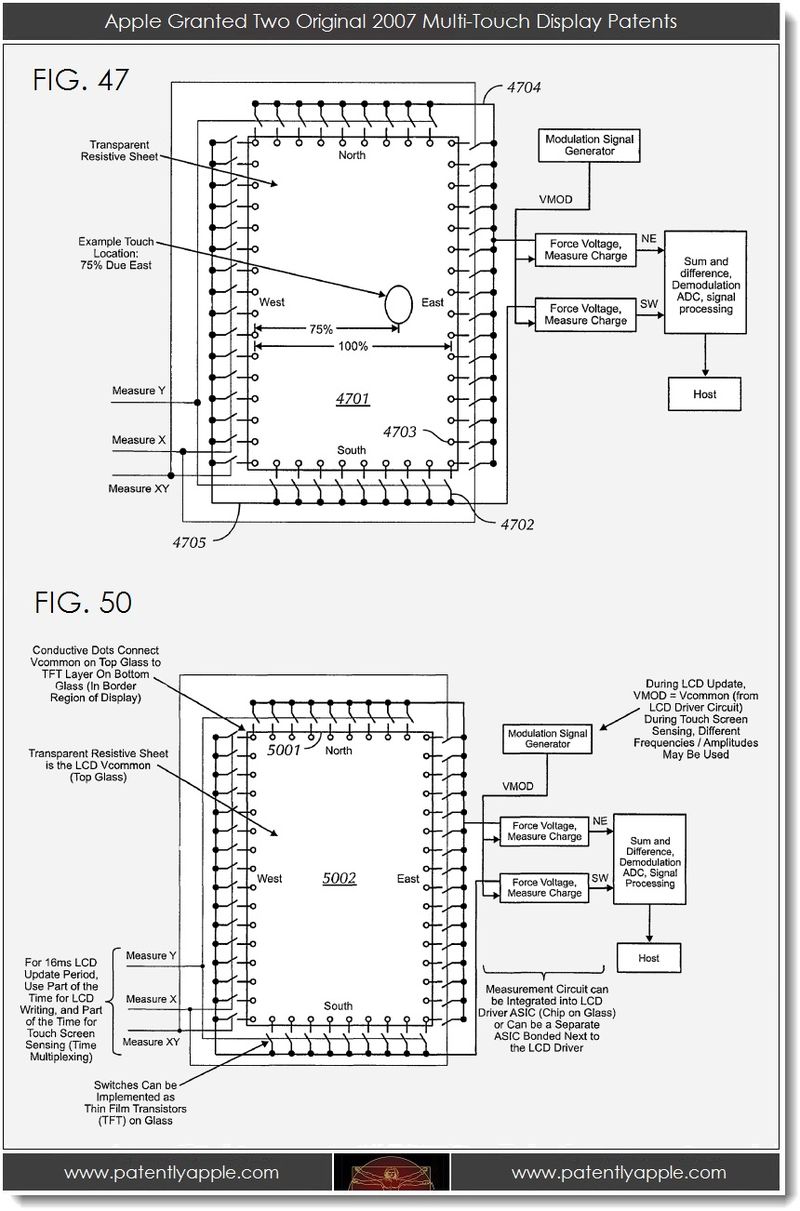 "Techniques for identifying and discriminating between different types of contacts to a multi-touch touch-screen device are described. Illustrative contact types include fingertips, thumbs, palms and cheeks. By way of example, thumb contacts may be distinguished from fingertip contacts using a patch eccentricity parameter. In addition, by non-linearly deemphasizing pixels in a touch-surface image, a reliable means of distinguishing between large objects (e.g., palms) from smaller objects (e.g., fingertips, thumbs and a stylus) is described."

Another site is claiming that Apple's original 2007 patents relate to In-Cell technology. We disagree. The complexity of Apple's LCD technology which is shown below in patent FIG. 6 juxtaposed with a graphic of a simpler next generation process involving In-Cell technology just don't mesh at all. One of the technologies that Apple's patent in fact touches on is that of in-plane-switching (IPS), which is used in Apple's current iMac. 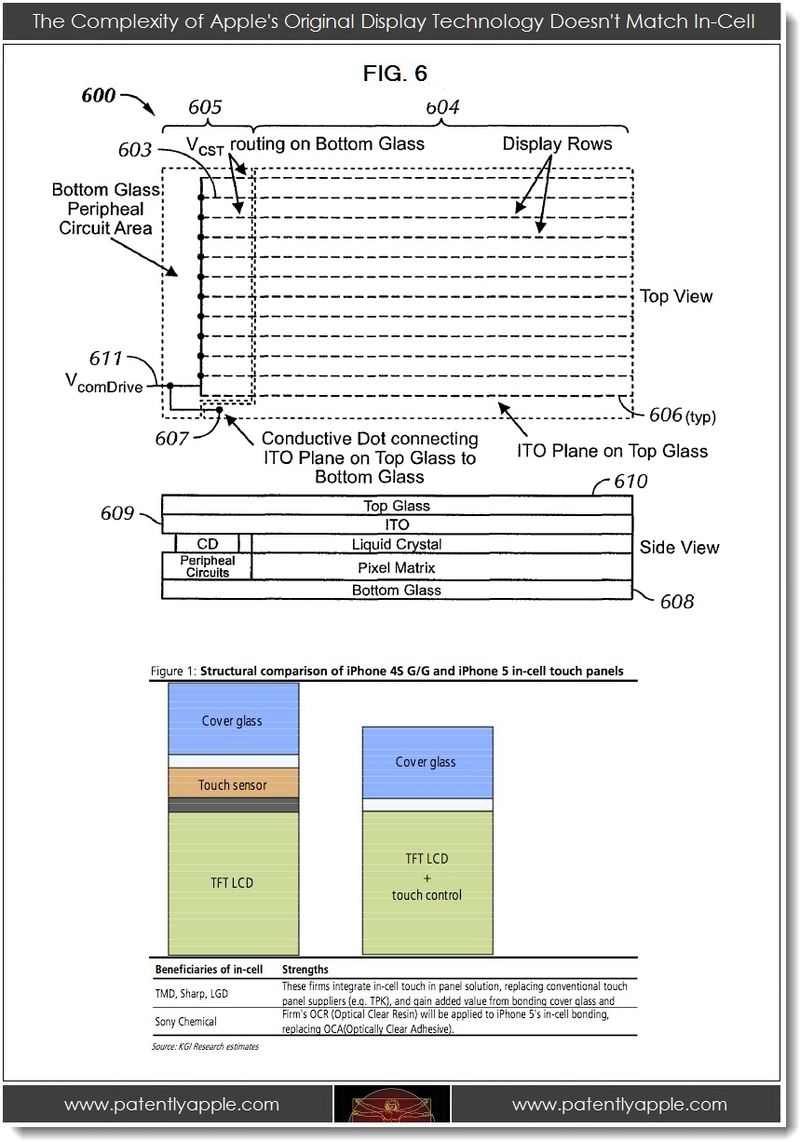 In addition to the granted patents that were specifically reported on above, we present you with links to series of other granted patents in our Final Patent Round-Up as follows:

8,245,152 Method and apparatus to accelerate scrolling for buffered windows

8,245,147 System and method for reordering a user interface

8,245,092 Method for efficient control signaling of two codeword to one codeword transmission

8,244,600 Presentation of information or representations pertaining to digital products available for digital distribution

8,244,004 and 8,244,003 covers "Image preprocessing." Apple's patents relate to a system for preprocessing images for applications such as skin tone detection and face detection (see bottom image below).

8,243,429 Cold worked metal housing for a portable electronic device (is about Apple's stainless steel body for the 2008 iPhone. See the middle graphic below). 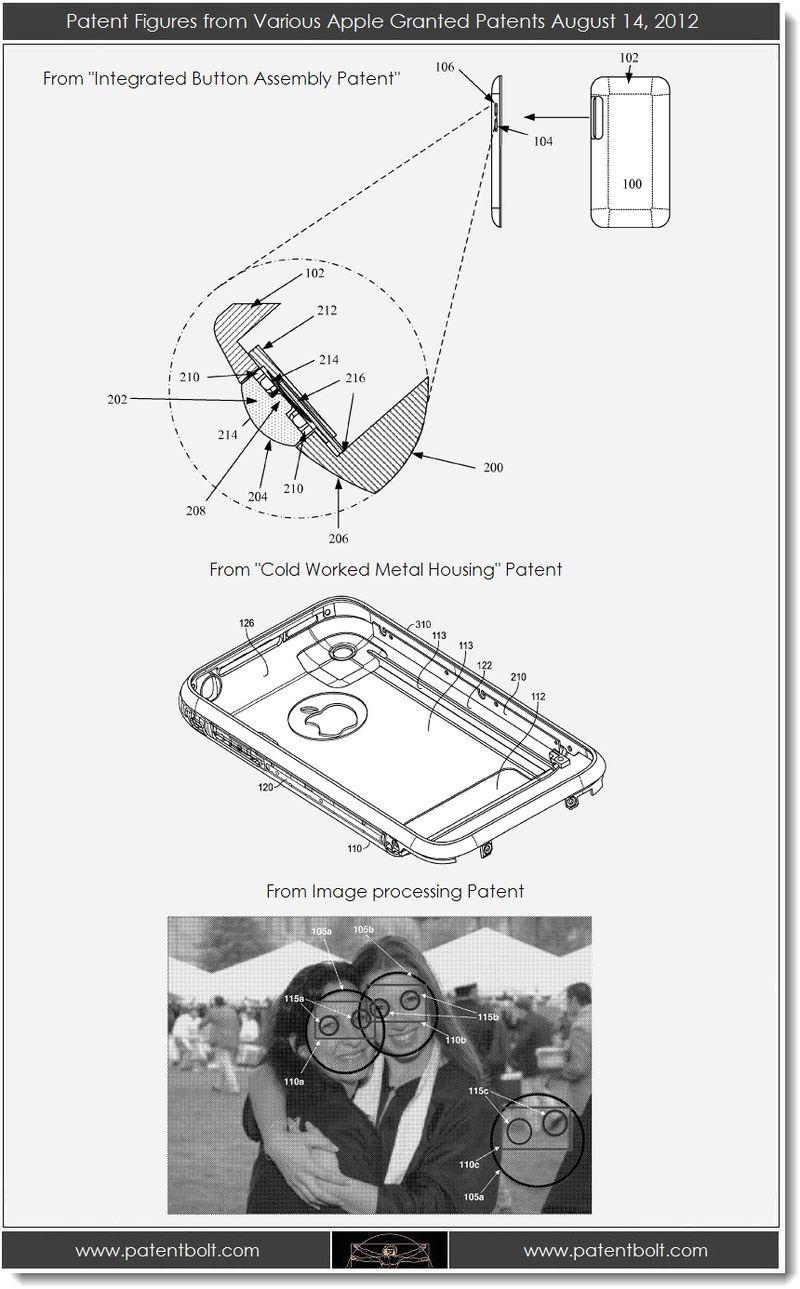 8,244,171 Identifying radio stations of interest based on preference information