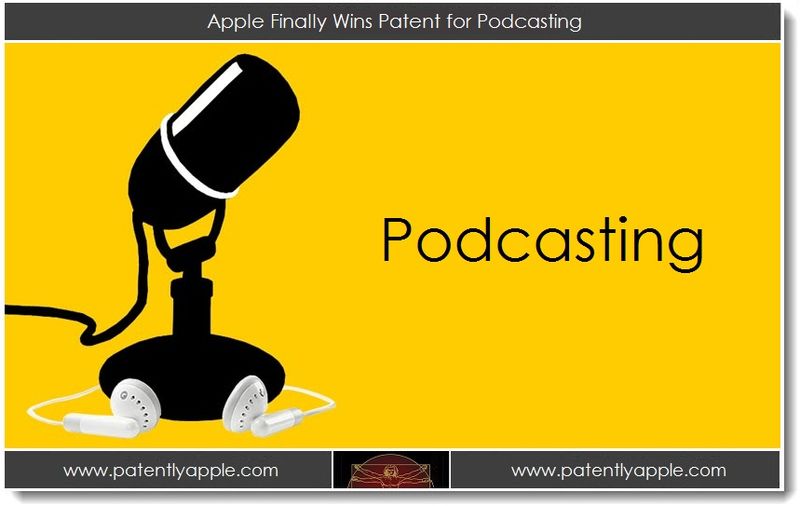 The US Patent and Trademark Office officially published a series of twenty-nine newly granted patents for Apple Inc. today. In our first granted patent report of the day we cover Apple's granted patents for Podcasting and three iPod designs. Apple added their podcast-subscription feature in June 2005. In 2006, Steve Jobs demonstrated creating a podcast during his Macworld Conference & Expos keynote using the new podcast studio feature in GarageBand 3. In 2005, the New Oxford American Dictionary declared Podcasting the 'Word of the Year.'

Apple has received a Granted Patent that relates to podcasting. In June 2005, Apple released iTunes 4.9 with native support for podcasts. Apple's invention titled "Techniques and systems for supporting podcasting," pertains to improved podcasts and techniques that facilitate their use. The improved techniques pertain to creating, publishing, hosting, accessing, subscribing, managing, transferring, and/or playing podcasts. 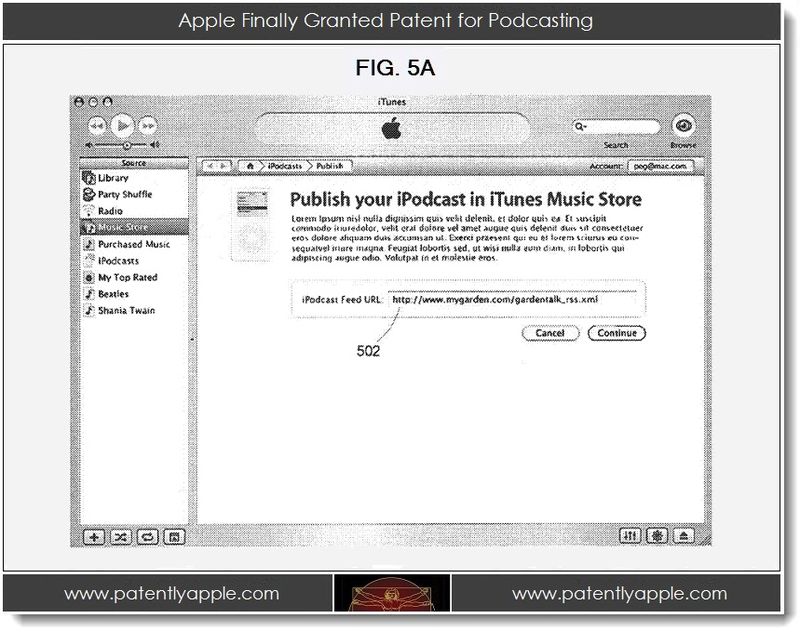 Apple's patent FIG. 5A is a screenshot of a network address submission page according to one exemplary embodiment. Interestingly the patent figures shows the word "iPodcast," which isn't mentioned anywhere in Apple's granted patent.

In June, Apple released a standalone app for podcasts specifically for listening and subscribing to audio and video podcasts on iDevices. See Apple's new "Podcasts" App. 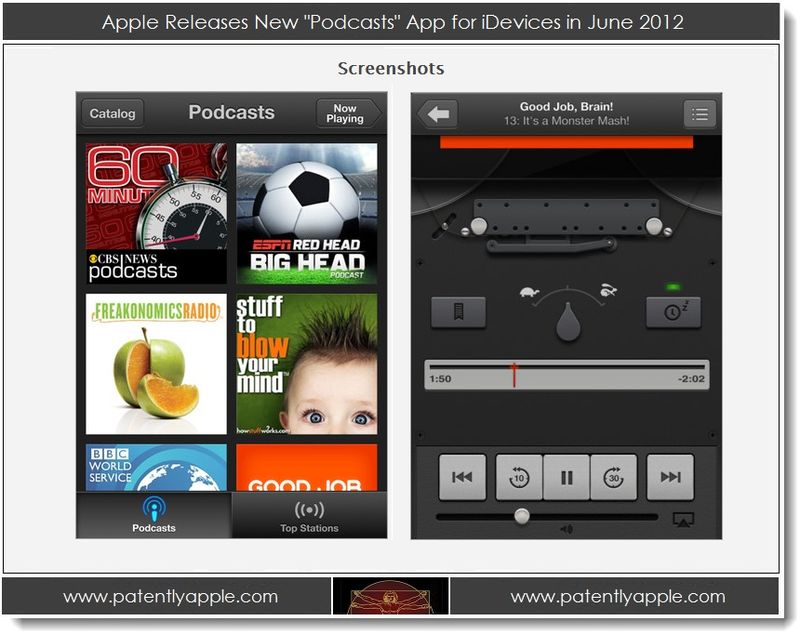 Apple credits Anne Jones, Thomas Dowdy, Jeffrey Robbin, Mike Wiese and Stephen Davis as the inventors of granted patent 8,245,924 which was originally filed in Q2 2009 and refilled as a continuation patent in Q3 2011.

Note: Some are reporting that Apple's patent win means that they now own the word "Podcasting." Our report doesn't reflect that whatsoever. This isn't a trademark win for Apple, it's a granted patent relating to "Techniques and systems for supporting podcasting," pertains to improved podcasts and techniques that facilitate their use."

Apple has been granted several iPod design patents today which cover the iPod Classic as well as the fourth and fifth generation iPod nano. 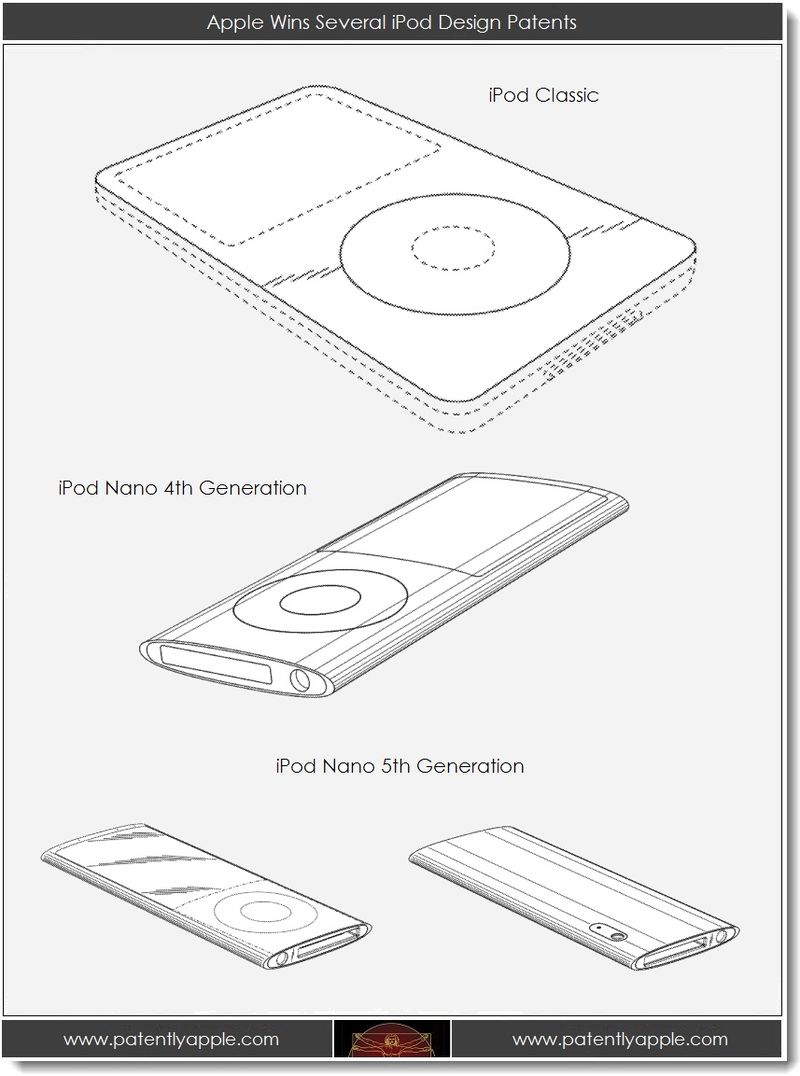 '095 - Compensating for aging in integrated circuits

MIT Invents Next Gen Camera that Could See Around Corners