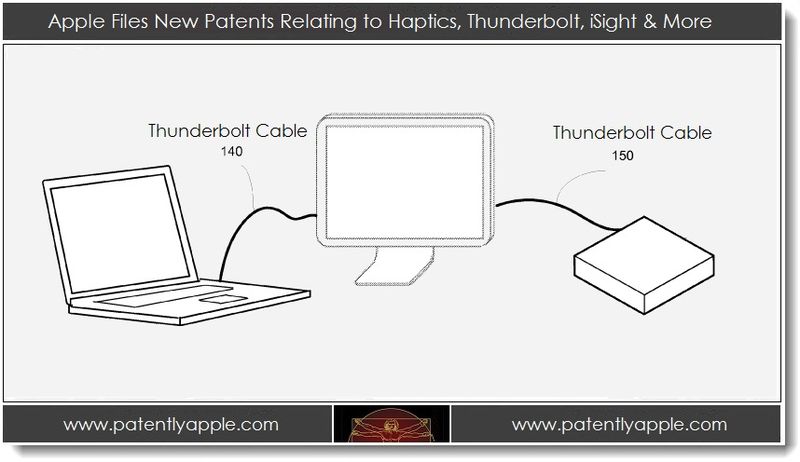 Some weeks there just isn't a wining patent declared by a rocking TKO. This week is such a case but that doesn't mean that that there weren't a series of solid inventions, because there were. A series of patent applications came to light today relating to improvements in the works for iDevice haptics, Apple's iSight camera, flash memory and accessibility for the hearing impaired. More times than not it's the simple utility patents like these that end up being implemented by Apple.

One of today's key patent applications relates to Apple improving the haptics system found in their iPhone and iPad. Specifically, Apple's invention relates to linear vibrational motors and particularly a low Z profile linear vibrational motor. The described motors will provide superior haptic feedback to a variety of applications relating to buttons, dials, the keypad and alert functions. 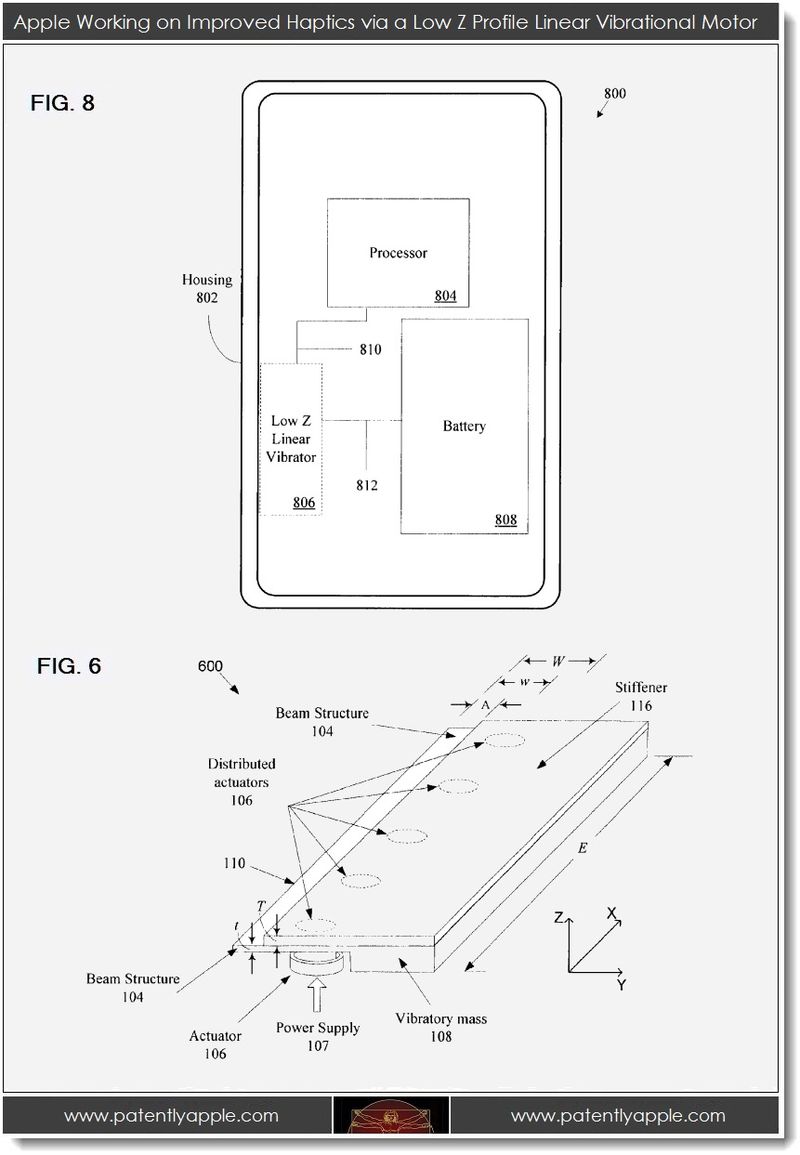 One example may provide sharing data among various devices by daisy-chaining devices together. That is, several devices may be connected to each other through a series of cables to form a chain of devices. In this physical configuration, data may be shared among multiple devices using a series of single-hop virtual tunnels. Alternatively, a number of tunnels may be formed by a host device, each having a target device in the daisy chain. Each tunnel may originate at the host device and terminate at their target device. Each tunnel may bypass devices between the host device and the tunnel's target device. These two techniques may also be combined. Another example may provide a method of simplifying the routing of high-speed data signals through a network topology.

There's a good chance that this invention is already in use being that the emphasis of this patent relates to using Thunderbolt. Interestingly, Apple states that a specific example of such a router device or chip may be the "Light Peak" developed at least in part by Intel Corporation …" Here we go again: was Apple the other party in the development of Thunderbolt? Is this why Apple filed several (one, two, three, four) Thunderbolt trademark applications? Apple has never backed off of the trademark for Thunderbolt in a public statement. 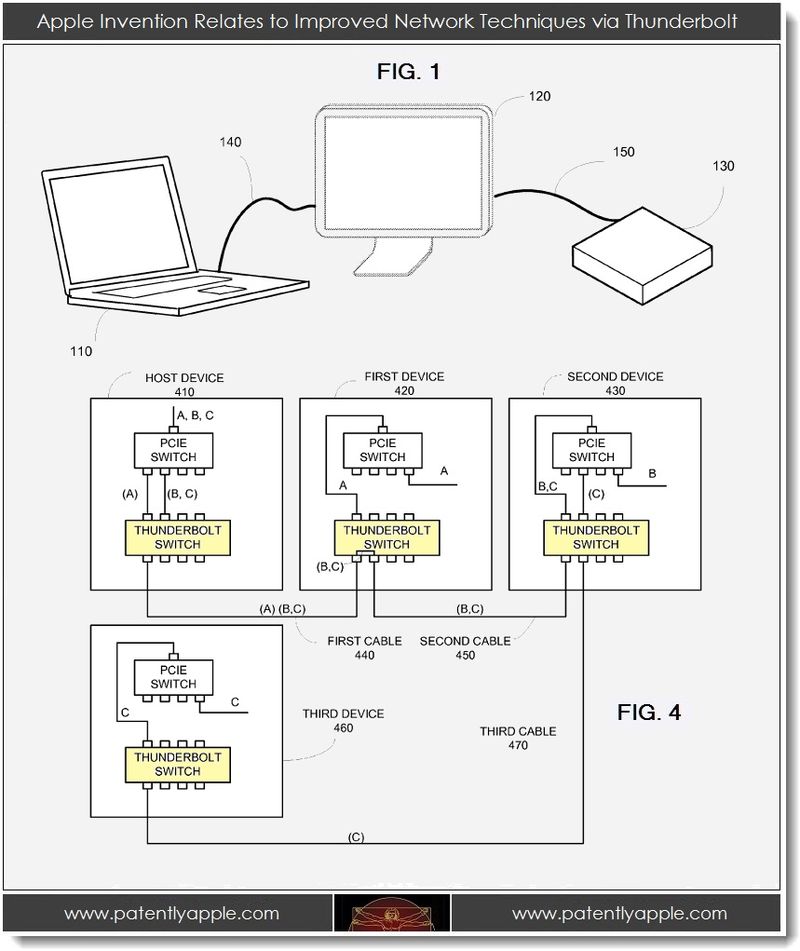 Other Noteworthy Inventions from Apple

Other noteworthy inventions from Apple that were published today by the U.S. Patent Office include the following:

Invention: "Video Acquisition with Integrated GPU Processing." The filing discusses improving iSight cameras found in Macs and new iDevices by using a GPU to process 3D graphics data. Applications that will take advantage of this include videophone applications such as iChat (now FaceTime), QuickTime and iMovie. 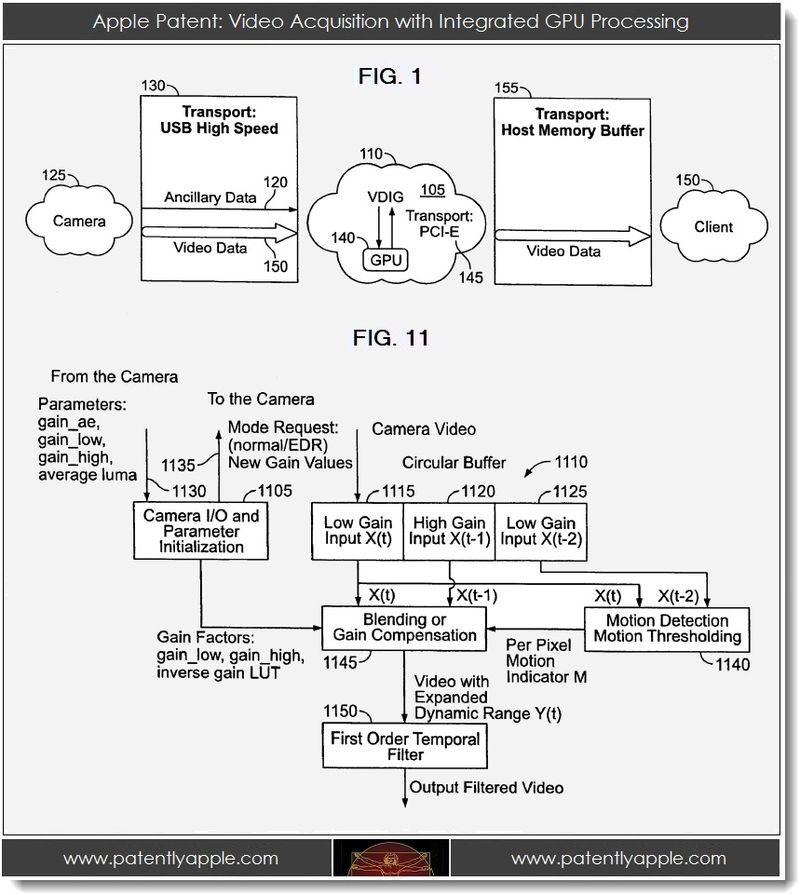 B) Providing Notification Sounds in a Customizable Manner

Apple's invention relates to methods and apparatus for processing and/or enhancing audio signals used by a hearing aid. In particular, a hearing assistance device, such as a hearing aid, can notify an individual having impaired hearing of an external event in a manner of their choosing.

Three patent applications relating to flash memory were published today as follows: a) Obtaining Debug Information from a Flash Memory Device, (b) Variable Impedance Control for Memory Devices and (c) Side-Mounted Controller: NAND flash memory, as well as other types of non-volatile memories ("NVMs"), are commonly used for mass storage in Apple's iDevices and MacBook Air. The flash memory exists in the form of a silicon die, and in some implementations, more than one die may be used. Translation: Apple is trying to increase Flash memory storage capacity while keeping iDevices thin. I'm sure we'll be seeing this play out in the not-too-distant future. 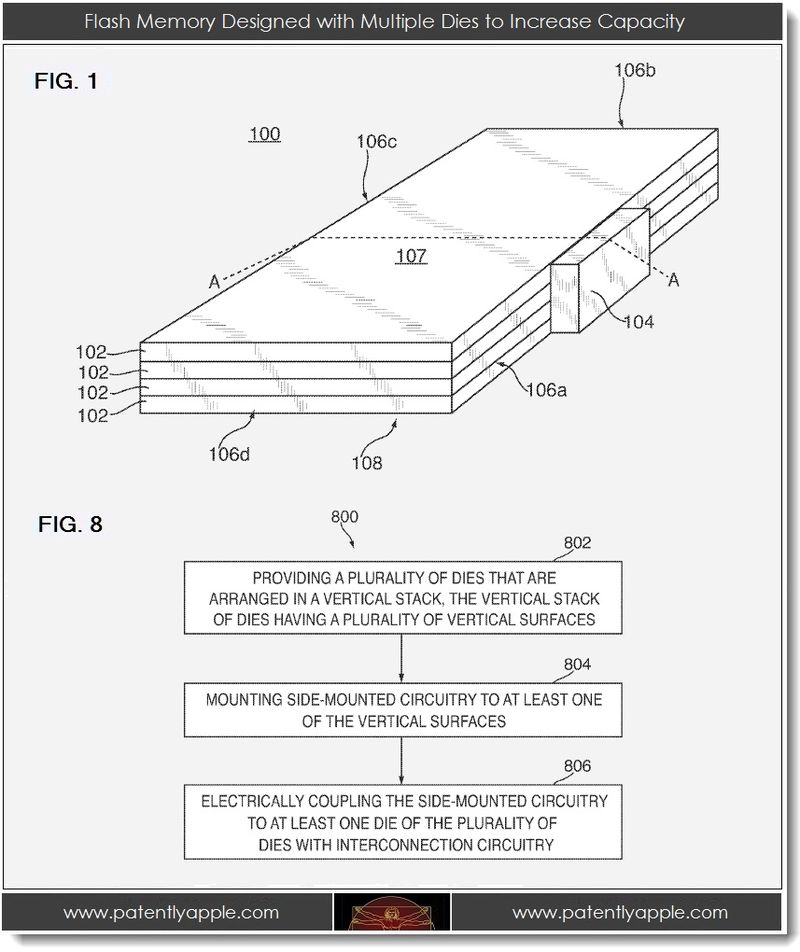 20120216138 – Originally filed in 2009 - Enhancements to Data Driven Media Management within an Electronic Device.