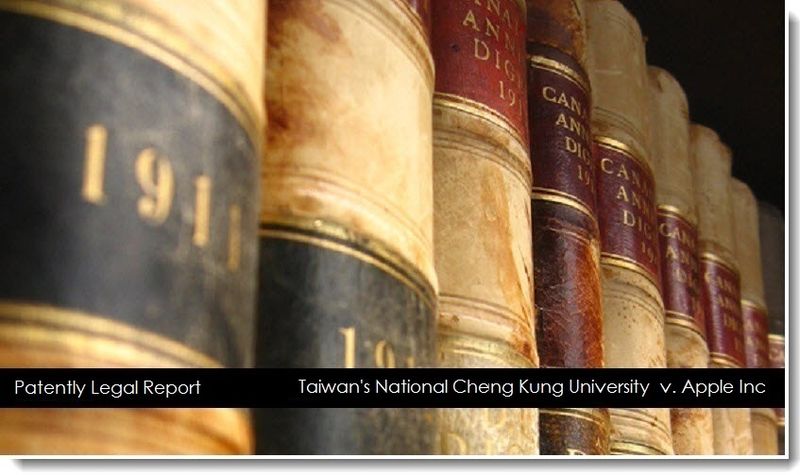 The National Cheng Kung University in Taiwan has filed a patent infringement lawsuit against Apple claiming that Apple's use of Siri on the iPhone and (future) iPad, infringe on two of their patents relating to speech recognition.

The National Cheng Kung University in Taiwan is suing Apple for alleged patent infringement. The University's Exhibit "A," which is shown in-part below, is that of a US Granted Patent 7,707,032 titled "Method and System for Matching Speech Data," which was originally filed in Q4 2005. The filing states that the patent is generally directed to a system used to determine the similarity between an input speech data and sample speech data on a touch device, such as smartphone or tablet. The words "smartphone" or "tablet" don't appear in the first patent. 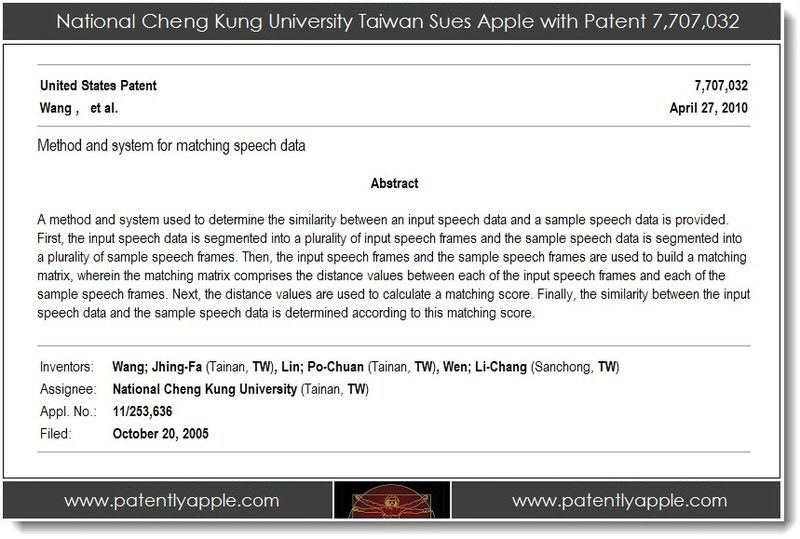 Yet the heart of their patent infringement suit is really about how the iPhone and (future) iPad use the voice activated assistant capabilities of Siri. To make this absolutely clear, the University filed a second count of patent infringement against Apple using a 2007 Granted Patent 7,266,496 titled "Speech Recognition System." The University's filing states that "The '496 Patent is generally directed to a complete speech recognition system having a training button and a recognition button, and the whole system uses the application specific integrated circuit (ASIC) architecture for the design, and also uses the modular design to divide the speech processing into 4 modules: system control module, autocorrelation and kinear predictive coefficient module, cepstrum module, and DTW recognition module as used with the with a device, such as smartphone or tablet." I'm not a scientist, but the filing may have erred with listing "kinear predictive" instead of "Linear Predictive," as "linear predictive" is listed in their patent abstract noted above.

In both counts, the filing states that to the extent that facts learned in discovery show that Apple's infringement of their patents have been willful, the University reserves the right to request such a finding at time of trial. Willful infringement usually translates to requesting the court to triple the amount of the actual/compensatory damages.

The case was filed in the United States District Court for the Eastern District of Texas, Marshall Division. The presiding Judge in this case is noted as being Judge Rodney Gilstrap and referred to Magistrate Judge Roy S. Payne. The complaint for patent infringement was filed with the court on Friday, July 27, 2012.