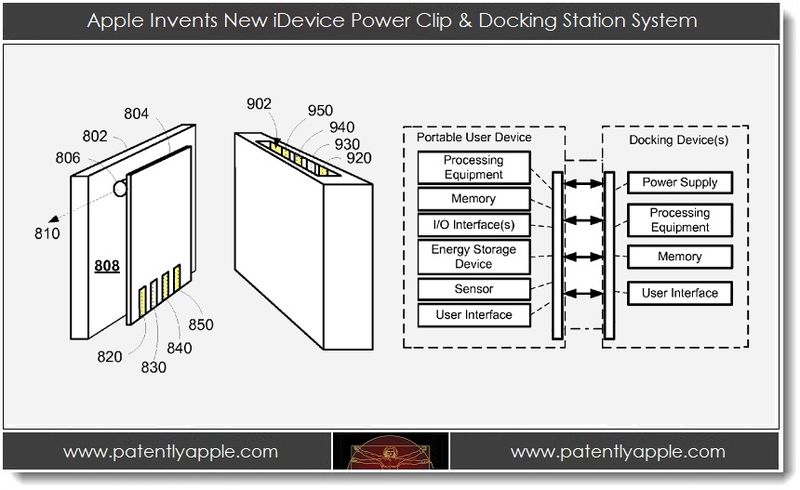 Over the years, Apple has dreamt up a revolutionary styled docking station, some smart docks, docks based on straight forward inductive charging methods and some with loopy inductive charging methods and yet we still have Apple's plain old boring dock. But it seems that Apple isn't done just yet with designing new docks and today we see that their design team went over the edge with a dozen or more docking systems. And this time around, most of them involve mating a power-clip to a docking station that could also end up being your MacBook or iMac. One of these designs may end up making it to market one of these days or they'll all simply end up in Jony Ive's toy box to rust with all of the other rejected ideas. C'mon Jony – pick a new docking system and get on with it already.

User devices such as mobile phones and portable media players are typically coupled to docking devices to transfer data or provide charging. This coupling is typically a plug and socket type connection. For example, a media player containing a battery may be plugged into a docking device to allow for recharging of the battery.

User devices may be portable, capable of being carried or transported by a user. Such devices may include a clip mechanism, used to affix the device to, for example, an article of clothing or exercise accessory of a user. Other than mechanical clamping, the clip typically provides no other function – until now. 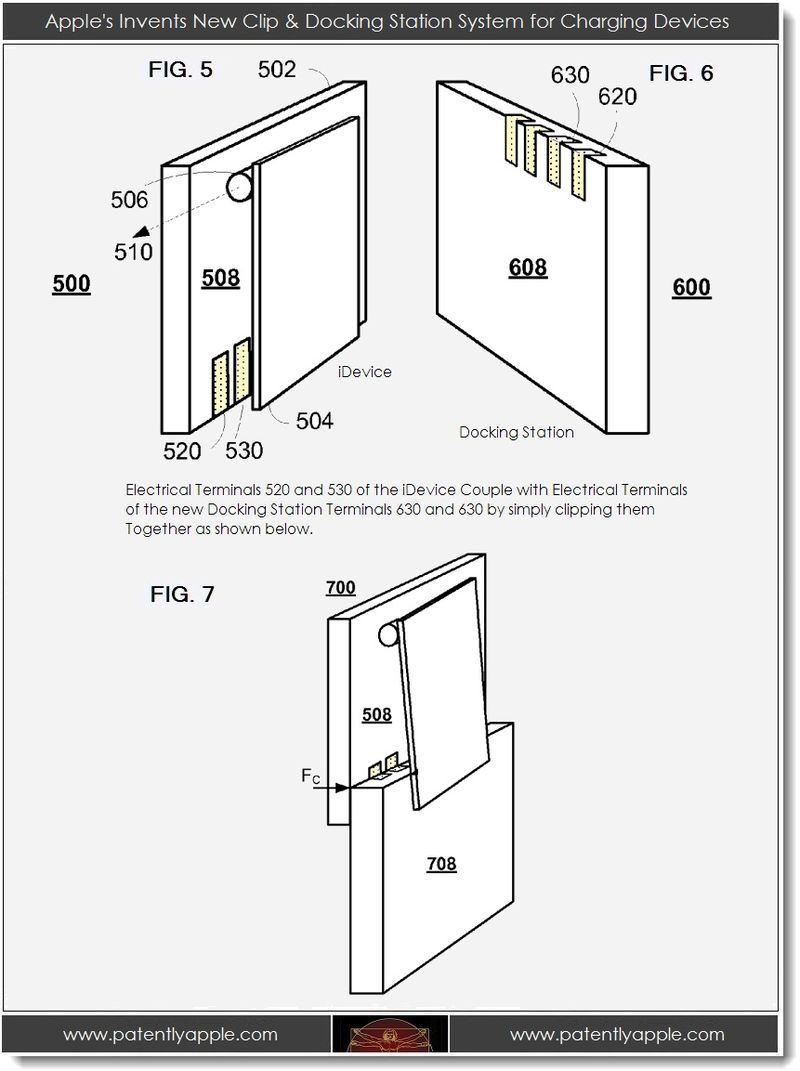 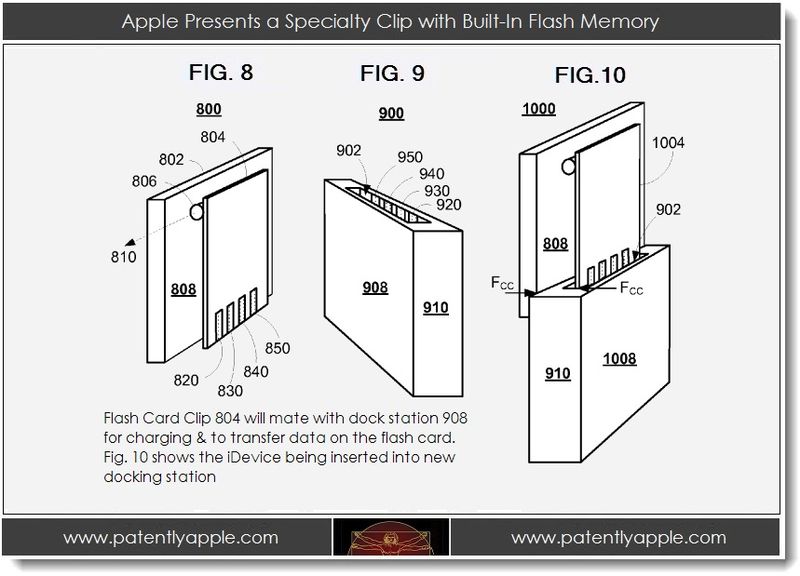 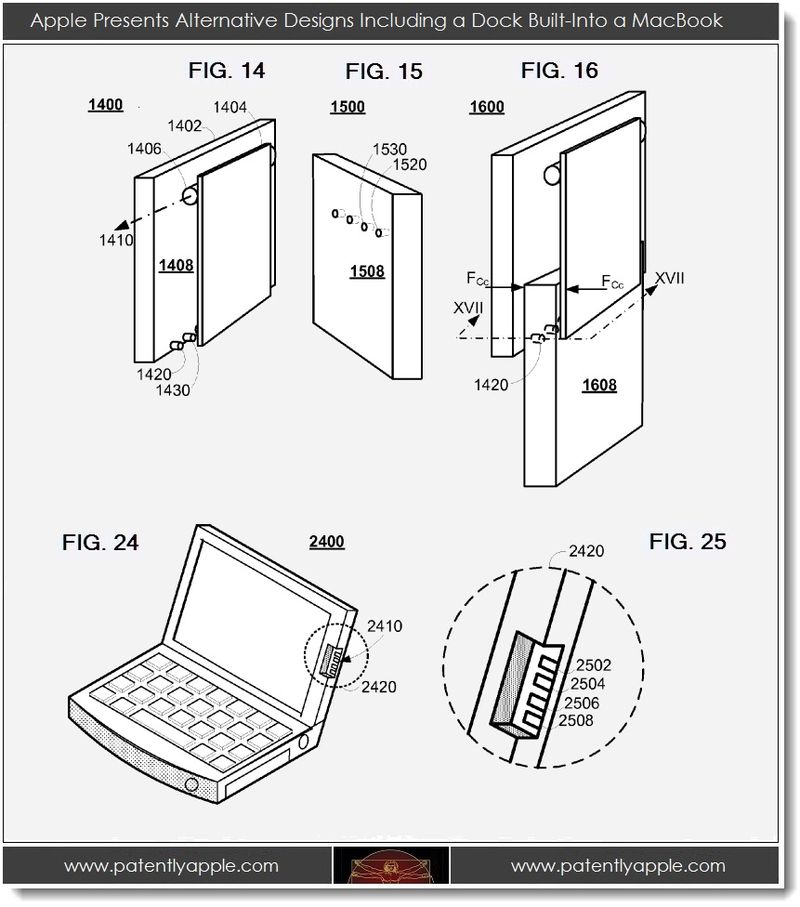 A number of alternative designs are presented in Apple's patent and in the graphic above we see just a case. Patent FIG. 14 is an iDevice, FIG. 15 is the mating dock and FIG. 16 shows us the two parts coupled together using a pin-like mating system. According to Apple, "docking device 1500 may be a computer." Hence we went out of sequence to illustrate the docking station being incorporated right into a MacBook (though it could be an iMac and so forth).

In Apple's patent FIG. 39 we see plug 3950 which may include a nominally 30-pin configuration. In some embodiments, pins 3952 may be inserted or "plugged" (e.g., docked as shown by motion arrows 3970) into pin sockets 3902 to create electrical contiguity between one or more components of portable user device 3900. In some embodiments, pins 3952 and pin sockets 3902 may include a fiber optic coupling such as a TOSLINK (Toshiba Link), or any other suitable fiber optic coupling, or any combinations thereof. 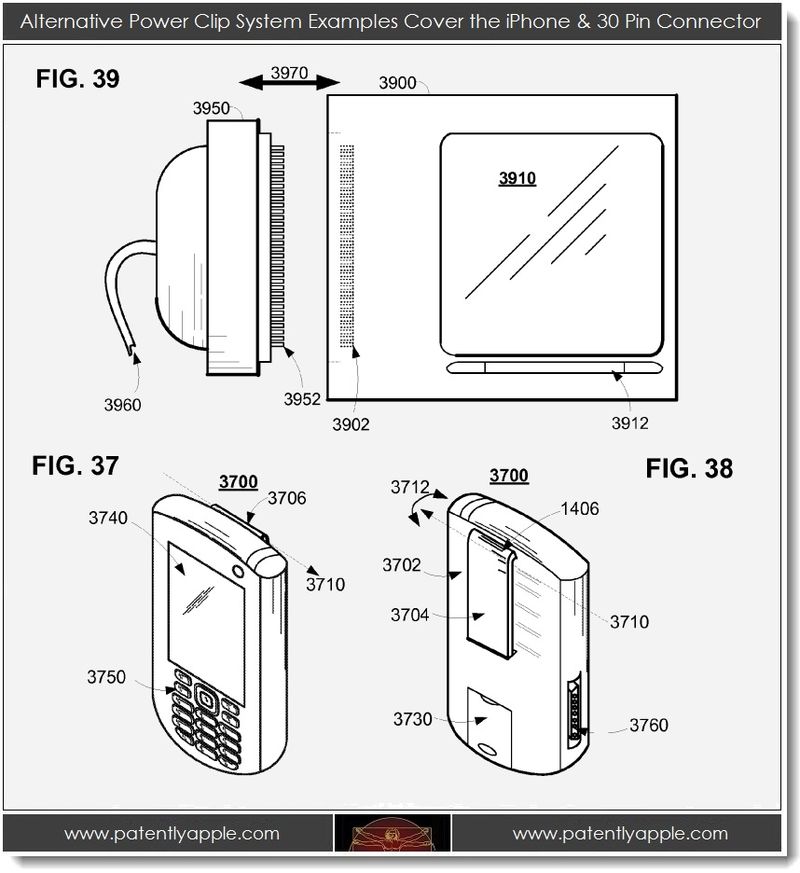 Other Alternative Designs with the Same Principles 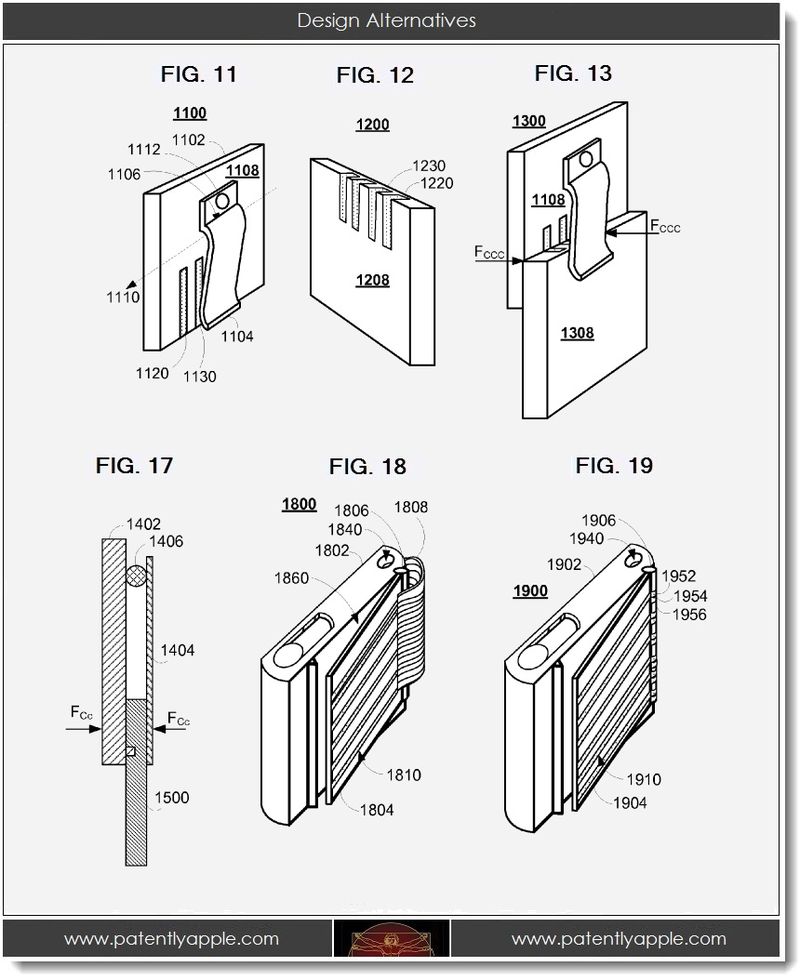 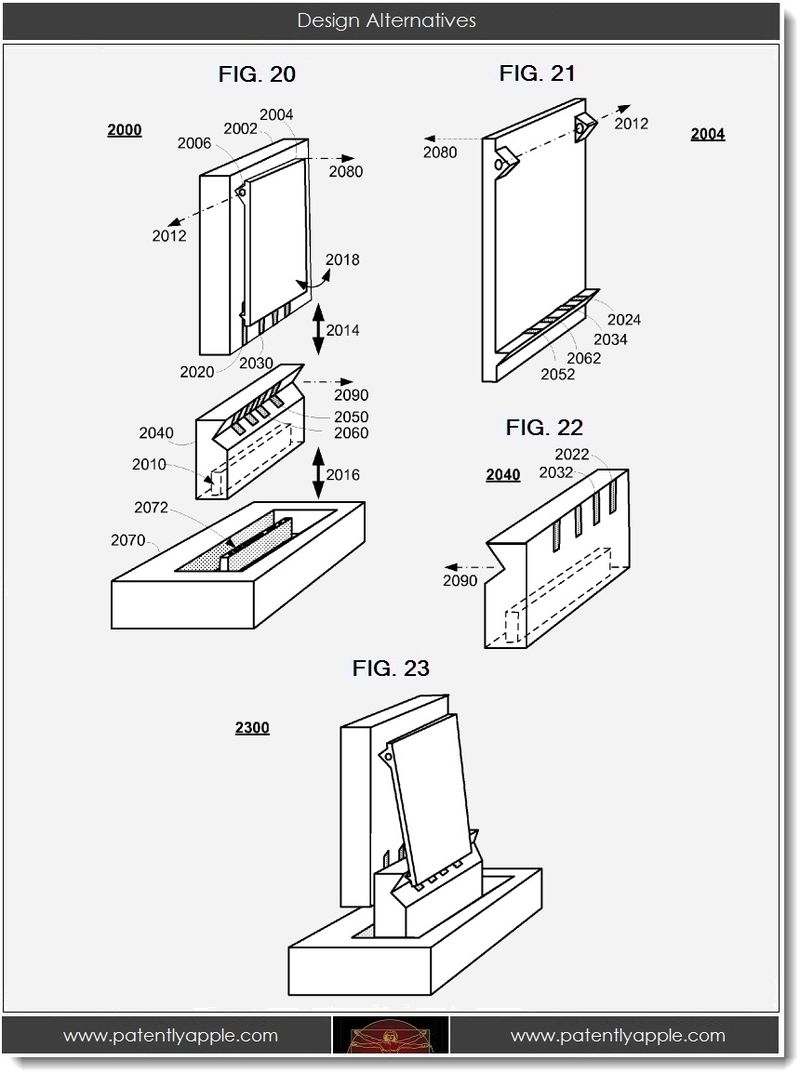 Apple's patent application was originally filed in Q1 2011 by inventors Jeffery Lee and Scott Krueger and published today by the US Patent and Trademark Office.