Taiwan Freaks Out Over Apple Considering US Plants 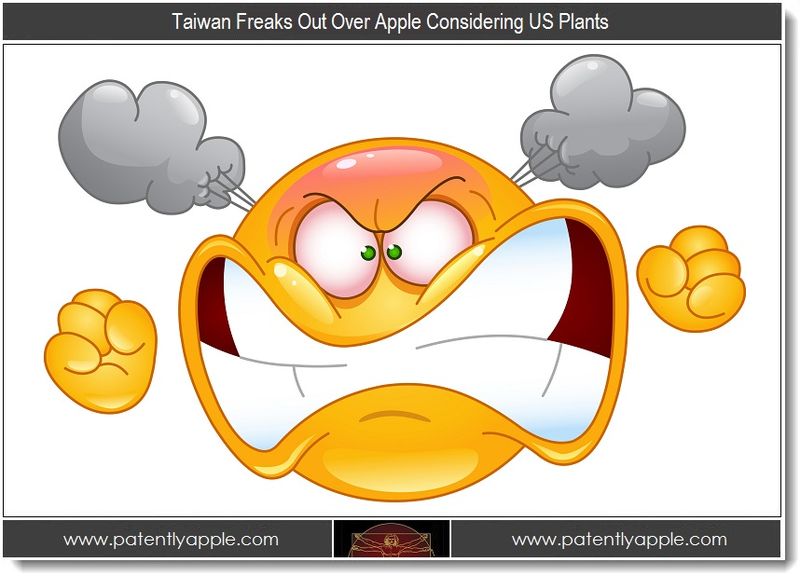 Tim Cook stated during a recent conference held by AllThingsD that he'd like to see more US manufacturing of Apple products. That apparently has rattled some Taiwanese sources and their reaction is captured in a report by DigiTimes this morning.

The Cost of Moving is Too High

DigiTimes is reporting this morning that Taiwanese sources aren't in sync with Tim Cook's view of plants moving back to the US. DigiTimes reports that "Although Apple CEO Tim Cooks recently commented that he hoped more of Apple's production lines can move back to the US in the future, sources from the upstream supply chain pointed out that idea will be highly difficult to achieve in a short term since Apple's current supply chain is mostly located in Asia and if the company decides to conduct assembly in the US, costs to transport components will be too high.

The sources also pointed out that if Apple decides to move its production lines from China to the US, the US's high wage rates will be also an issue that could greatly boost Apple's cost.

Since moving a supply chain from one place to another takes time, while enterprises are mainly concerned about costs, if there is no profitability in moving, the related upstream component makers are unlikely to follow Apple in moving to the US."

So what did Tim Cook really say?

Tim Cook on Possible US Factories

During AllThingsD Conference held on May 29, 2012, Walt Mossberg asked Tim Cook having US factories once again, as many of us would like to see. The following covers that exchange:

6:46 pm: Walt notes that Apple used to have factories in the U.S. He asks if Apple ever envisions having big manufacturing in the U.S.

"I want there to be," Cook says. This is not well known, Cook says, but the engines for the iPhone and the iPad are built in the U.S., in Austin, Texas. The glass is made in a plant in Kentucky.

There's an intense focus on the final assembly, Cook says, but a lot of the value is in the different materials. On the assembly piece, could that be done in the U.S.? "I hope so, someday," Cook says, but he notes that the tool-and-die industry has shrunk dramatically.

"There are things we can do, and that's what we are working on," Cook says. "We should do more semiconductor things in the U.S."

With Apple's profits skyrocketing, there are a lot of people that are thinking it's high time that Apple bring back jobs to the US. The answers noted from Apple's CEO Tim Cook don't really confirm that a US plant is seriously on Apple's mind. In fact, earlier in the interview Cook stated that "We decided a decade ago there were things Apple could do best and that there were other things that somebody else can do as well or better. Manufacturing was one of those. I think that's still true." Can that be any clearer?

China will always have labor cost advantages over the US and it's up to US lawmakers to level the playing field. If the middle class is ever to survive, US lawmakers will have to begin a trade war with China and tax products accordingly to make it profitable for US companies to bring back some of their plants to the US. But that's a political argument for another day. For now, the mere thought that Apple is even considering bringing back some manufacturing to the US is already freaking out some suppliers in Taiwan.

Make no mistake about it – I would love to see Apple take leadership in this area and bring back some manufacturing jobs to the US. Sadly, however, I equally understand that it's just never going to happen, and that's the bottom line. In the end, it was just another good sound bite for Apple's Tim Cook, and that's really too bad.

Mark thanks for straightening this out. You are, however, singing a predictable refrain. I appreciate and respect your point of view but also appreciate the fact that you need a middle class to buy products for companies to remain successful. It can't all be just one way and calling people names doesn't make your point of view more valid. I think that's what Fred is talking about. Stop with the name calling and talk to each other reasonably rather than emotionally scream at each other. I'm glad you brought clarity to Apple's tax issue that Mike mentioned but the economy has to be strengthened before people can go "get a better job" or "start their own business".

Mike, Apple doesn't put their money in Vegas to avoid taxes. They pay huge taxes every quarter. What you are referring to is their investment arm that is in Reno. They still pay federal taxes just no state taxes as Nevada has no state tax. What's wrong with that? What a bunch of whiners we have in America. Everybody owes me. Go out and get a better job or start your own business instead of complaining. This country is 50% full of whiners. Your disgusting.

Hello Bob & Mike! I see you're both at the extreme right and left of the spectrum. Oh ye of little faith! Clint Eastwood, a Liberarian if I'm not mistaken, published a well praised ad during the Super Bowl called "Halftime in America." You're both locked into your own propaganda. America is a great country with great people who know how to be reasonable. If American people use their reason instead of going on emotion, they can do great things. One such great thing is to both protect workers and Unions and manufacture great products like Apple products. All that is needed is a little less polarization and some reason on the part of both groups to meet in the middle.

No doubt Apple products would probably cost a bit more if they were made in America and no doubt Apple's profits might be a little less than they are now but Apple would also be praised as a company with a conscience who could make a buck of profit from selling to its people but who also promoted and elevated the Nation that allowed such great success. It takes effort and sometimes pain but both sides can help restore the lustre of the "Made in America" label!

@Bob. Spoken like a true Republican. American cars are selling again and without a middle class no one will buy anything in America. But if you're a white collar Republican, you just don't give a damn. I'd rather spend more for a product and put food on someone's table. I sleep better at night. How do you think Apple got to where they are today? Great for Apple, bad for US Manufacturing.

Apple is in Cupertino but they put their money in Vegas to pay zero taxes. Tim Cook goes to Washington to speak to Boehner looking for even more tax breaks. Apple isn't the cool caring underdog company anymore. They're just like every other Republican that only looks at the money.

I used to root for Apple. They could now go to hell for all I care!

Probably will never happen. If some manufacturing is done in the US, buyers will avoid the product from that factory, knowing it was probably made by union workers and will have the quality that made many Americans avoid buying American cars.....and the $695 iPad would probably cost $1,850.