Mainland China Grants Apple a License to sell the iPad 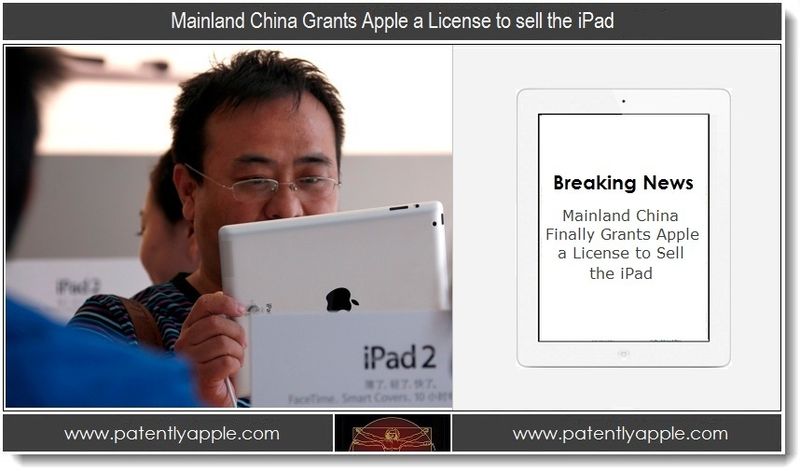 According to Chinese sources, Apple's new iPad has just been granted a network access license for the Chinese mainland, a step that will pave the way for the iPad to be sold in Mainland very shortly. Update 3:20 PM MST: Clarification: Although the license was granted to Apple this past Monday, a firm date as to when the iPad will actually go on sale in Mainland China has yet to be determined. We aplogize for jumping the gun with a firm date of this coming Monday.

According to China's Telecommunication Equipment Certification Center website, the license was issued for the Apple device on Monday. Without it, the company couldn't legally sell the new iPad in the Chinese mainland.

The device, which has the model number "A1430", is compatible with both the fourth-generation standard for wireless networks, or 4G, and the 3G network operated by Apple's official local telecom partner, China Unicom Ltd.

China is expected to ship 4.5 million tablet PCs this year, according to the US-based research company International Data Corp.

Some local governments have meanwhile been confiscating Apple iPads, giving rise to concerns that the company's newest product won't be sold in the Chinese mainland.

At the moment, China's Guangdong court is trying to mediate the trademark dispute between Apple and Proview who are negotiating a settlement.

They have the license and that's great news. Obviously Apple has the inventory ready to sell. So I'm sure that Apple will begin selling it the second that they can. So whether it's monday or the following monday, it's a done deal.