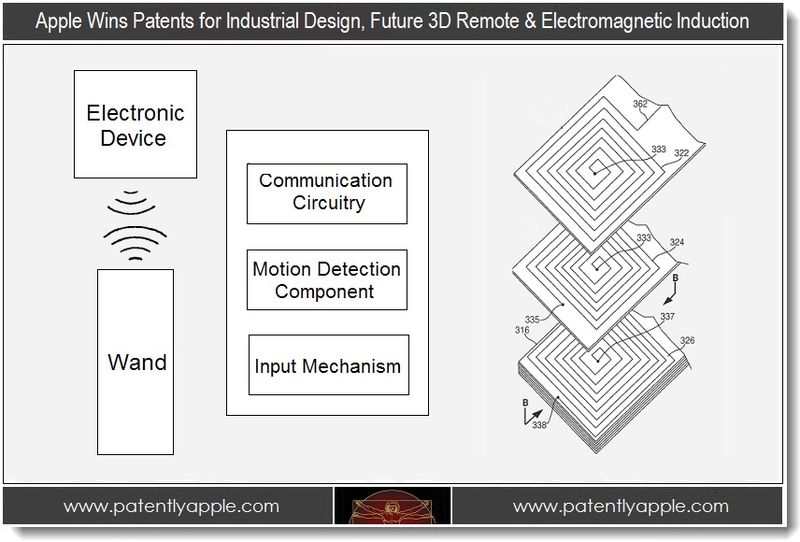 The US Patent and Trademark Office officially published a series of twenty-two newly granted patents for Apple Inc. today. In our second report of the day we cover a wide range of granted patents covering everything from industrial design to a futuristic 3D Apple TV remote and even a way that Apple envisions of harnessing power through electromagnetic induction to help extend battery life on iOS devices. It's another fruitful day for Apple granted patents.

Apple has been granted three major hardware industrial design patents today covering the iMac, Cinema Display and their MacBook Air. This is Apple's second win this year alone for the MacBook Air. The first win was issued to Apple in March. 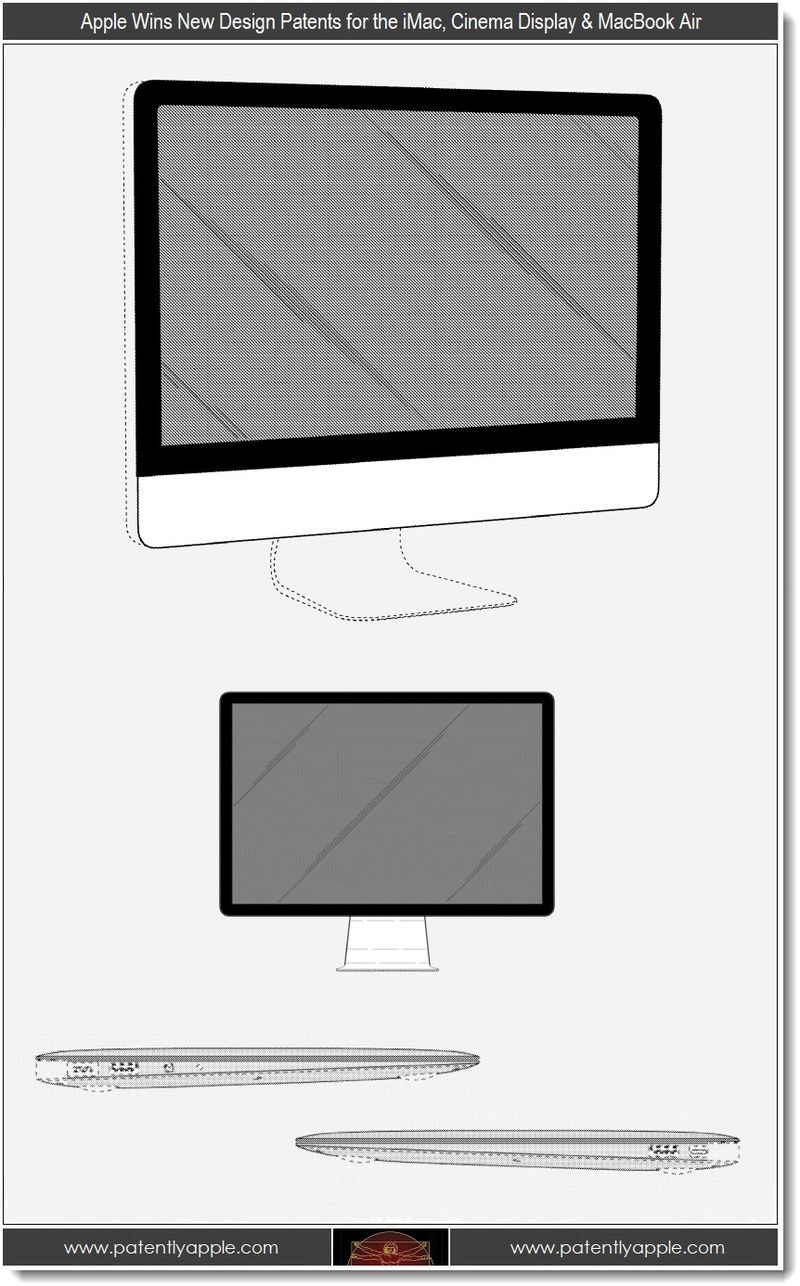 Apple Wins Patent for Displaying Digital Images on a Display

Apple has received a Granted Patent that generally relates to displaying digital images on a display. Apple's granted patent incorporates a series of co-pending patents including "Displaying Digital Images using Groups, Stacks, and Version Sets" and" Viewing Digital Images on a Display Using a Virtual Loupe. Apple has used these patents to support the "Photo" app on the iPad. This patent will protect Apple's methodology and appearance on the iPad. Competitors Beware. 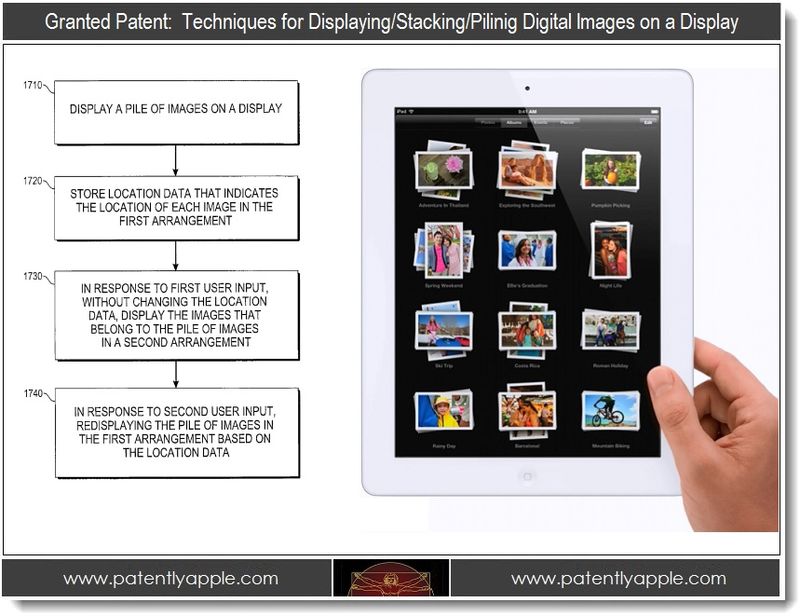 The patent covers the photo management system that is found in iPhoto and Aperture. The foundation of this patent extends to the iPad.

Apple credits Randy Ubillos, Laurent Perrodin; Laurent and Dan Waylonis as the inventors of this patent which was originally filed in Q4 2004 and refilled in Q1 2010. It was published today by the US Patent and Trademark Office.

Apple has received a Granted Patent relating to a future 3D Apple TV Remote or "Wand." 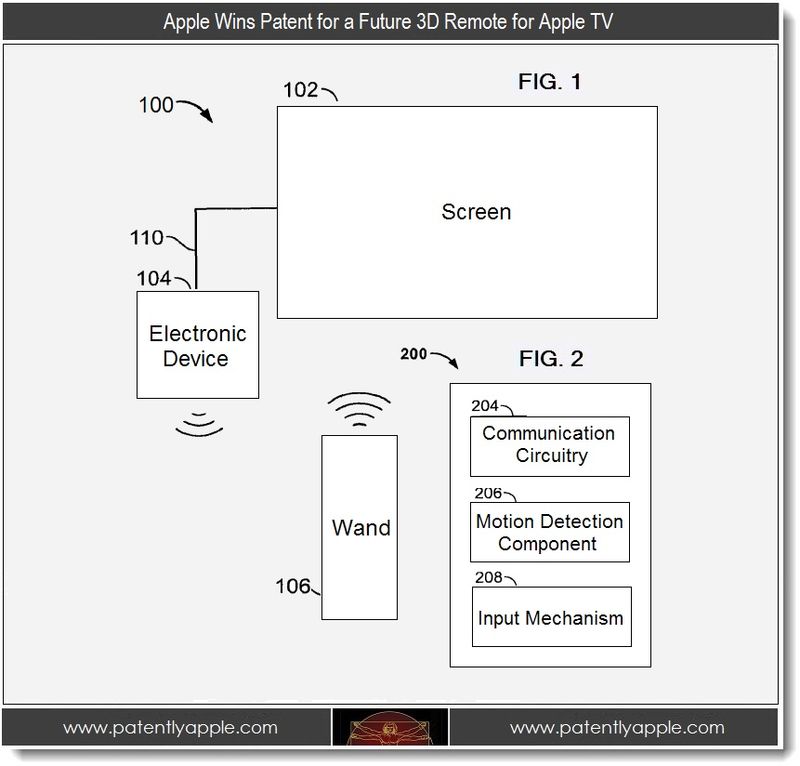 These are features that today's Apple TV don't provide. Other details about a future 3D wand could be reviewed in another Apple patent application that we covered in December 2010.

Apple credits Duncan Kerr and Nicholas King as the inventors of this patent which was originally filed in Q4 2007 and published today by the US Patent and Trademark Office.

Apple's system 200 that is noted below in patent FIG. 1 could be incorporated into an electronic devices such as an iPod, iPad or iPhone. For more details you could check out our March 2011 patent report titled "Future Apple Hardware to Harness the Power of Magnetic Induction." 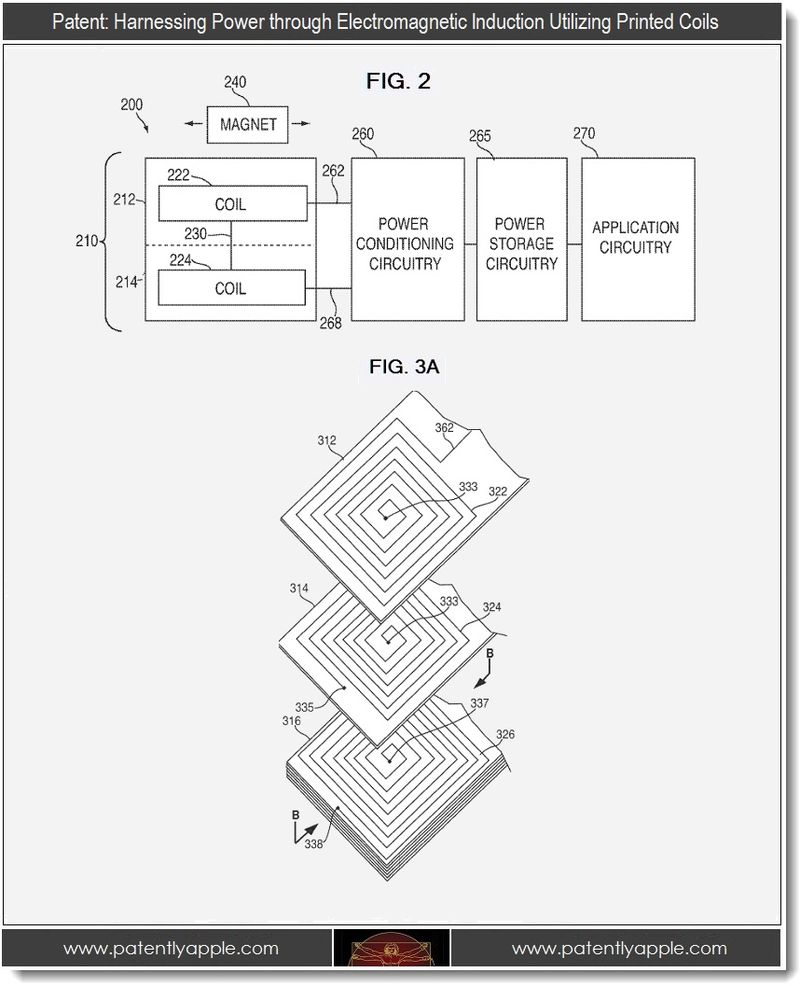 Apple's patent states that "when a user shakes the system or when the user walks or runs while holding the device. The movement of the one or more magnets may create an electromotive force (e.g., a voltage) across the printed coils, and this force may be used to generate electric power."

Apple credits Gloria Lin, Pareet Rahul, Michael Rosenblatt, Taido Nakajima, Bruno Germansderfe and Samuitro Dasgupta as the inventors of this patent which was originally filed in Q3 2009 and published today by the US Patent and Trademark Office.

8,195,141 Remote control of electronic devices: In December 2009 we covered this technology in our report titled "A Future iPhone will Control Your Desktop Remotely."

8,196,153 Method and apparatus for associating device drivers via a device tree

8,195,864 Methods and apparatus for bridged data transmission and protocol translation in a high serialized data system

8,195,622 Method and apparatus for simplifying the decoding of data

8,194,730 Efficient use of storage in encoding and decoding video data streams

8,192,815 Methods and systems for forming a dual layer housing