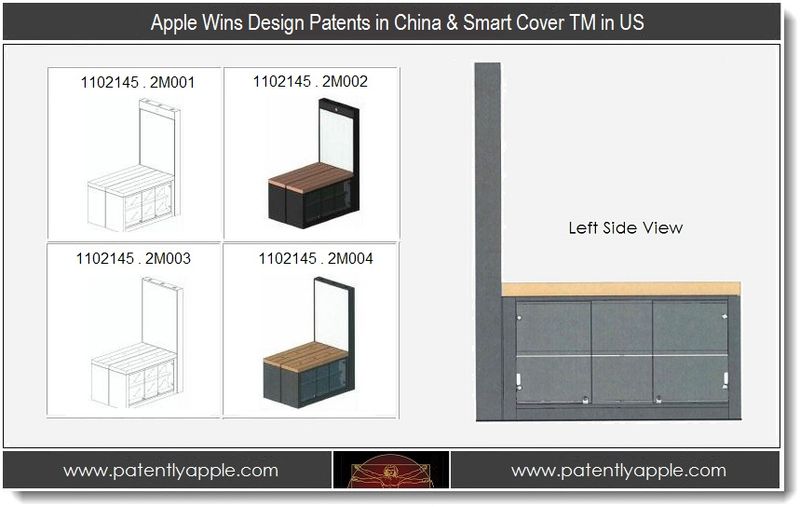 China's Hong Kong IP Department has officially published a series of four newly registered design patents for Apple Inc. The designs cover two designs in both black and white and in color. One of the designs now integrates the Apple logo right into the retail display. In other IP News, the US Patent and Trademark Office has officially published Apple's "Smart Cover" as a registered trademark. And in closing, our report takes a quick look back at Steve Jobs presenting the new Smart Cover for iPad 2.

Hong Kong's Intellectual Property Departments has officially granted Apple four design patents covering their store-within-a-store retail display units. One of the designs noted in our graphic below illustrates that the display unit will carry the Apple logo. A great number of large retailers use the store-within-a-store displays, such as Best Buy, Target, Wal-Mart and Future Shop in Canada.

The designs were originally filed for in December 2011 and granted on June first. The designs are protected until 2016. 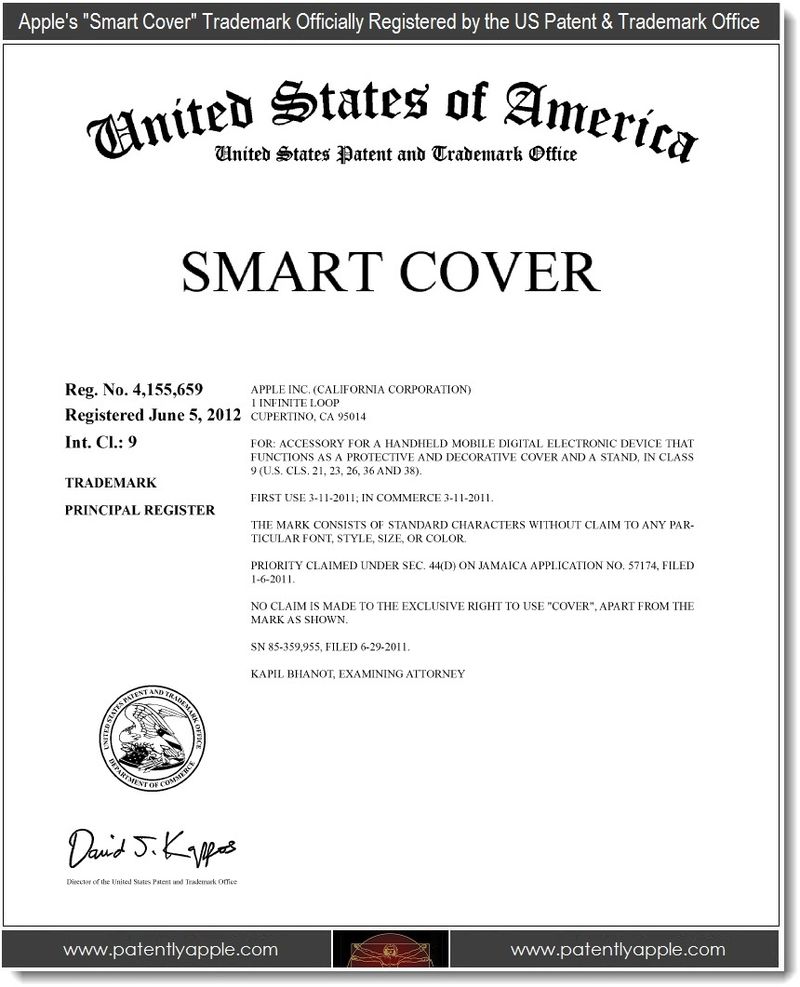 The US Patent and Trademark Office have published Apple's "Smart Cover" as an official registered trademark today. The trademark was officially granted on June fifth.

Apple's Smart Cover accessory was first revealed during a Special iPad 2 Event that was held in March 2011 and keynoted by Steve Jobs. For those wanting to follow along, the segment covering Steve Jobs presenting the Smart Cover ran from the 24:57 mark through to about 29:30 mark of the video noted above. It was great to see the presentation again and seeing Steve Jobs laugh. 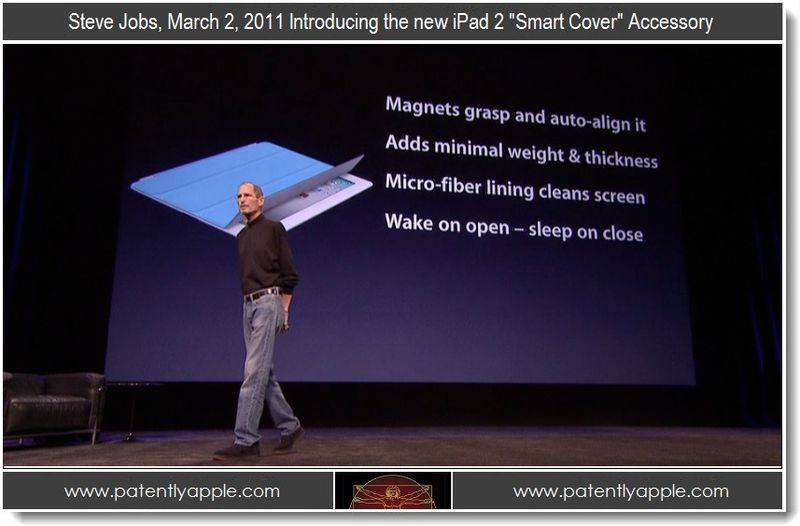 At one point during Steve's Keynote covering the new Smart Cover, he stated that "We actually built magnets right into the iPad itself and then there's magnets in the hinge for the smart cover – and it not only holds the cover, it auto aligns it. It's really cool." Without a doubt, Steve's keynote magic will be missed.

Patently Apple presents a basic summary of new design patent filings or grants with their associated graphics for journalistic news purposes as each is revealed by the U.S. and/or other foreign Patent & Trademark Offices. Readers are cautioned to read the full text of any new grant or registered design from its original source for full details. About Comments: Patently Apple reserves the right to post, dismiss or edit comments.