Most Adults Uncomfortable with Current State of Mobile Etiquette According to a recent survey sponsored by Intel on the subjects of "Mobile Etiquette" and "Digital Sharing," 9 out of 10 American adults believe that people are sharing too much information about themselves online, with nearly half of U.S. adults reporting that they feel overwhelmed by the amount of information shared. There's a lot of ground covered in this survey and some of the findings may even surprise you. If anything, the results of this survey will provide you with a unique fingerprint in time revealing the status of mobile etiquette in 2012.

A recent survey titled "Mobile Etiquette" that was published by Intel evaluates the current state of mobile manners. The survey also examined how U.S. adults share and consume information online and how certain digital sharing behaviors impact culture and relationships.

In addition to owning mobile devices, U.S. adults are spending an increasingly significant amount of time online. Nielsen recently reported that 117.6 million people visited the Internet via a mobile device last year. As the availability of mobile devices (smartphones, tablets, netbooks, laptops, Ultrabook systems) increases, a continued awareness of how people use their devices is also on the rise. 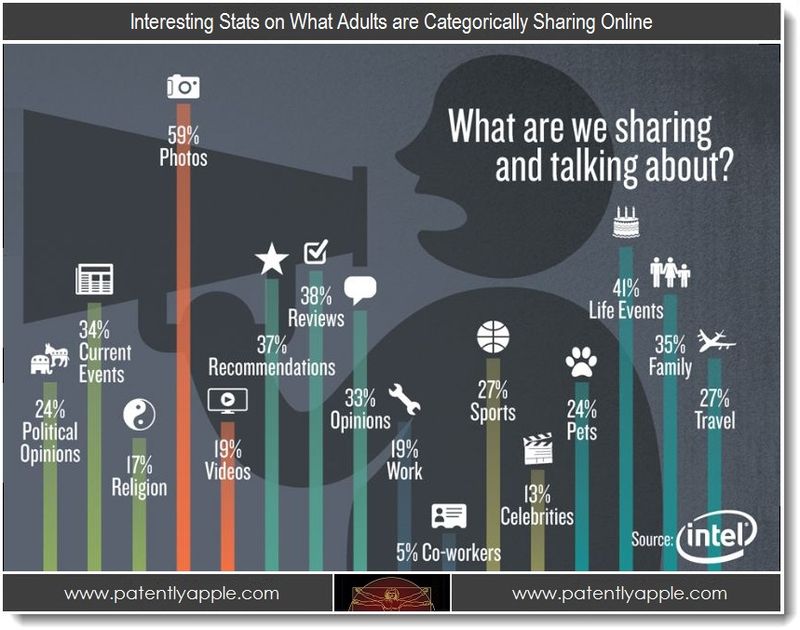 Intel's survey findings on what adults are sharing and talking about online was somewhat surprising to me in that the category of "technology" news never even made it to the list as a standalone stat. It would appear that somewhere in that 34% stat on current events is where tech would likely fit. Then again, if the question wasn't specifically asked, then the survey is incomplete on that point. On the other hand, perhaps those of us reporting in the tech-blogosphere are living in our own little bubble.

The survey revealed that while digital sharing on mobile devices helps us stay connected to others, the tendency to perhaps share too much information can annoy some people. U.S. adults reported the following digital sharing behaviors as top pet peeves: people who constantly complain (59 percent), people who post inappropriate/explicit photos (55 percent), and people who share information that they would consider private (53 percent). 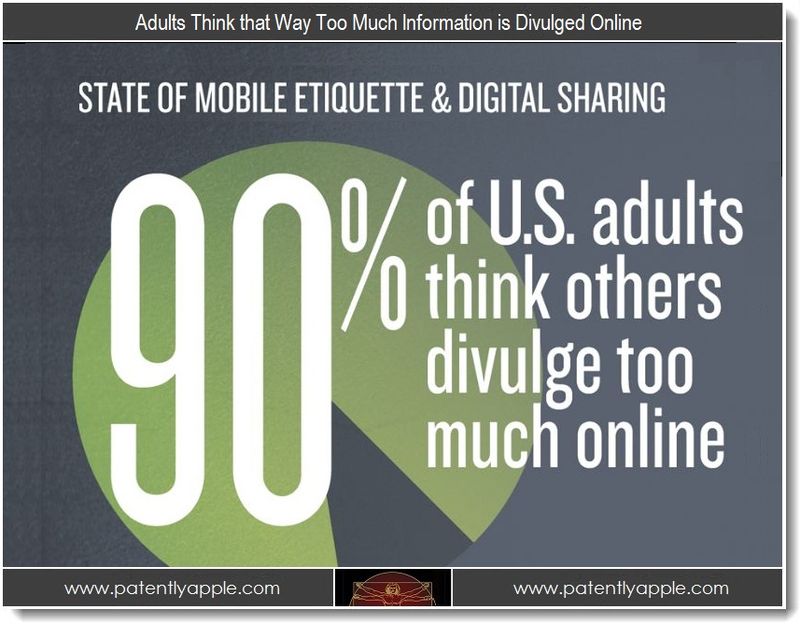 Survey respondents stated that they wish people thought more about how others perceive them when reading shared information online, and how this can cause people to form opinions based on a person's online personality and sharing behavior. Four out of 10 U.S. adults reported that they typically choose not to associate with people whose opinions they disagree with online.

More than one-quarter of respondents (27 percent) stated that they are an open book —both in person and online — and that there is very little they would not share online. However, only about half of U.S. adults (51 percent) said that they would feel comfortable if all of their online activity was made public. Perhaps this is because 27 percent of U.S. adults admit to having a different personality online than in person, and 1 in 5 U.S. adults (19 percent) reported that they have shared false information online. 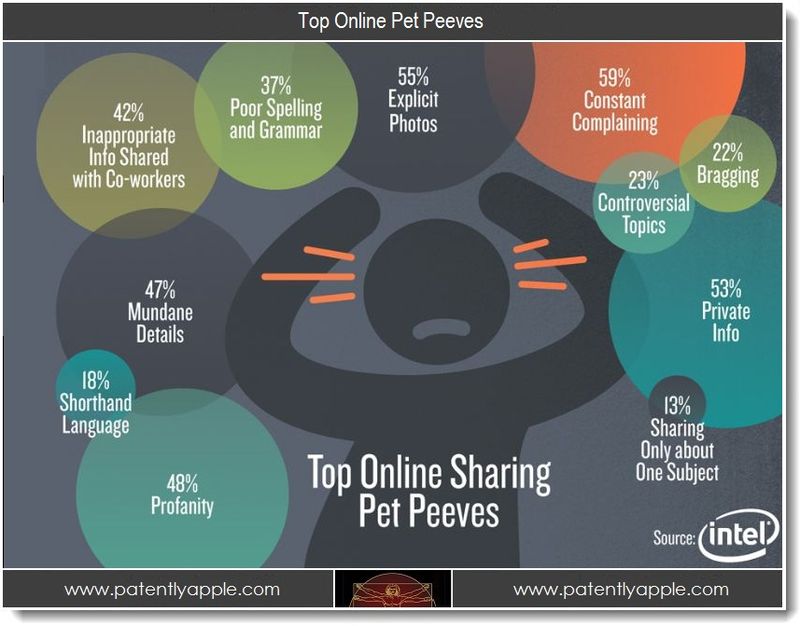 As one example in my own life, I recently removed 4 out of 5 email accounts from my iPad so that I could have some peace and quiet in the evening while reading. Yet at the end of the day, while there's a lot in this survey that's interesting, it's really about what your thoughts are on this. As a Macite or Apple fan, do you agree with Intel's survey findings or not? Do you have a pet peeve not covered in this survey? If you have the time, take a moment to share your thoughts with us on this subject.

Hi Anon. Thanks for your feedback. When we report on news from Hong Kong/China/Taiwan, we usually state that in our byline. We're not Euro-based, so it should be naturally understood that unless we state otherwise, the news is US based.

The title of the article is a bit misleading. Because the survey was only done in the U.S., How about the rest of the world? I want to agree about the risks of sharing too much info online, because sometimes i stalk friends on purpose to let them know about the risks of their generous online habit.

Rumors used to be called gossip. Now rumors are glorified and given way too much attention online. Chasing rumors is a sign that America is definitely dumbing down at an accelerated speed. It's online, it's in your politics. Shit for facts.

I like that 77 percent own a desktop and notebook and only 18 percent own a tablet. If you read the headlines on news sites and blogs you'd swear it was the other way around. Although tablets are trending up, it's still in the minority way down the hole.

Apple want's you to think that the products in the 77 percent don't matter because it's not what they're focused on and currently excel in. And companies like Apple who play with statistics should be fined. When a company like Apple has desktops up 15% (or whatever) based on a super low base number of existing desktops to begin with, why is that beating a trend from the PC industry? What a bunch of marketing crap is that. Go by how many units were sold. You'll soon see how useless their stats are. Does Cook actually think that we can't see this marketing spin for what it is? So, marketing crap pushed off as reality on the web is completely out of control.

I whole heartedly agree with too much negativity online with complaining about everything. People talking on their phones at inappropriate times annoys me. I try to limit who I give info to and will sacrifice a free app or service that asks too many questions.