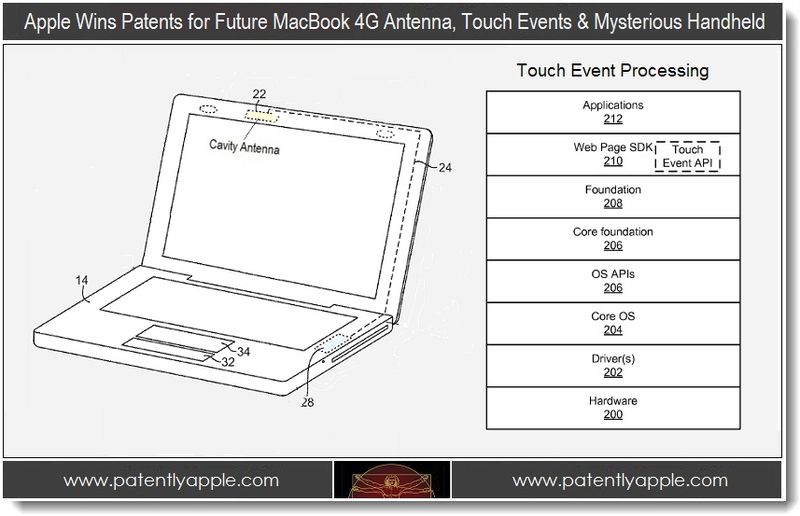 The US Patent and Trademark Office officially published a series of twenty-one newly granted patents for Apple Inc. today. This past Sunday we reported on a newly discovered European patent application from Apple relating to Display-Integrated Cellular Antennas for a future MacBook 4G and today Apple chalks up their thirteenth patent win on this hot trend. Other patents that Apple has been granted today relate to iOS touch event processing, a series of utility patents and a few design patents that cover the iPod nano's display module and a mysterious handheld device that never made it to market. It should be noted that Steve Jobs is listed as one of the designers of this mysterious design.

Apple has received a Granted Patent that relates to a cavity antenna designed for a future MacBook 4G. 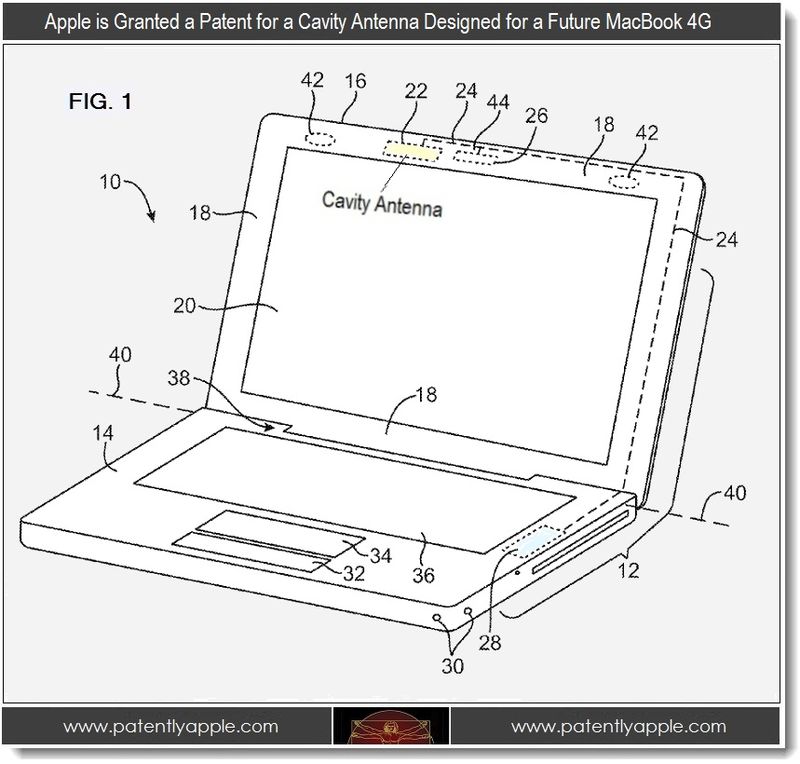 Apple's invention covers an antenna that may be formed from a conductive cavity that is located behind bezel region 18 noted in patent FIG. 1 above. An antenna with this type of configuration is shown in as antenna 22.

As shown in FIG. 1, a communications path such as path 24 may be used to interconnect the antenna and camera (26) to circuitry 28 noted in the lower right housing area. The path may be implemented, for example, using a flex circuit that is connected to a radio-frequency antenna module associated with the antenna and a camera module associated with camera. The circuitry may include wireless communications circuitry and other processing circuitry.

Apple credits Enrique Ayala Vazquez, Hao Xu, Gregory Spring, Bing Chiang, Eduardo Camacho and Douglas Kough as the inventors of this patent which was originally filed in Q3 2008 and published today by the US Patent and Trademark Office.

Apple has received a Granted Patent that relates to touch event processing for web pages on iOS devices. 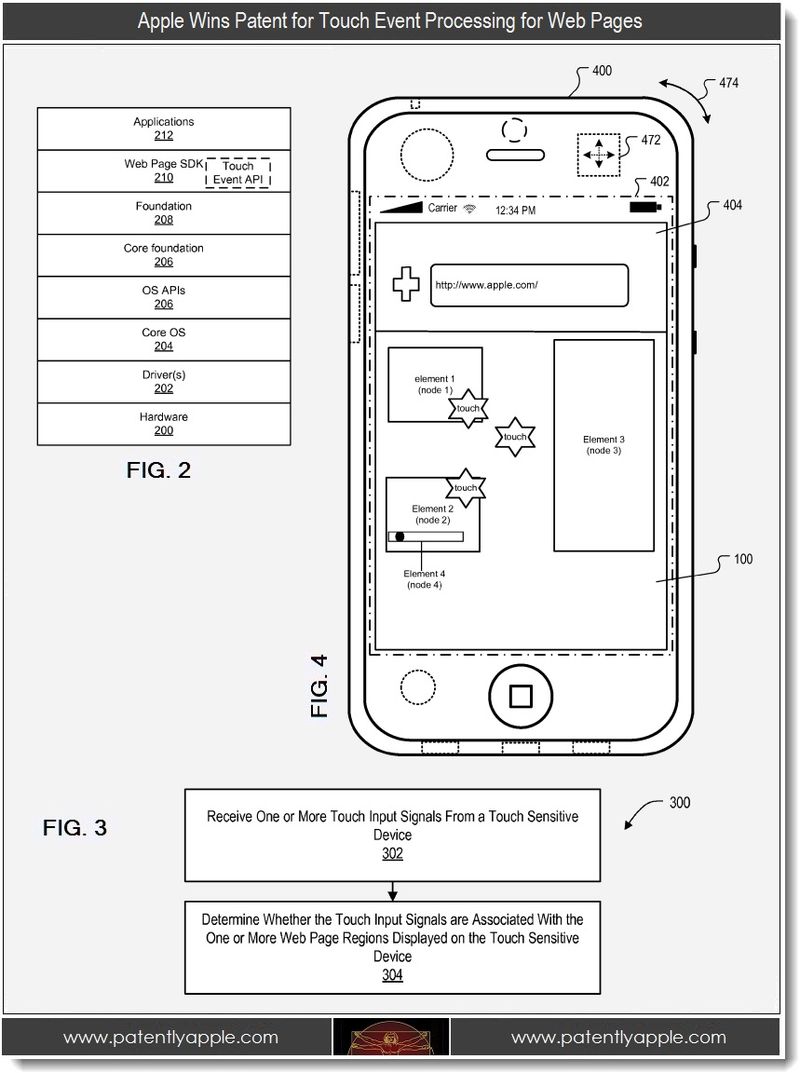 Apple credits Gregory Bolsinga, Tim Omernick and Richard Williamson as the inventors of patent 8,174,502 which was originally filed in Q1 2008 and published today by the US Patent and Trademark Office.

Apple has been granted six design patents today. The designs include a mysterious handheld device that has never made it to market; the defunct iPad keyboard-dock; the iPod nano's display module; iOS icons for Calendar and Camera; and the first iPad cover from Apple that has since been replaced with their new iPad Smart Cover. Update 10 AM MST: We've added a graphic below that illustrates Steve Jobs as one of the designers of the mysterious handheld pod-like device. And one last thing, the latest filing for this mysterious device design is noted as being September 2011. It would appear that Apple wants to keep this design alive. 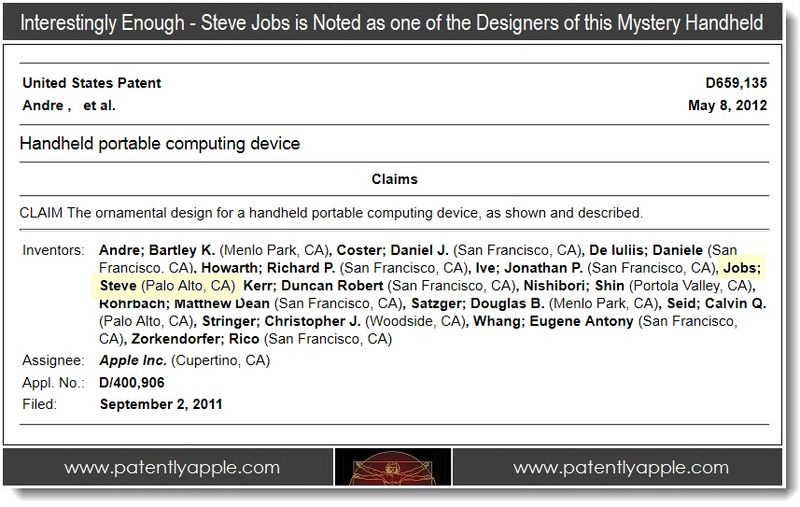 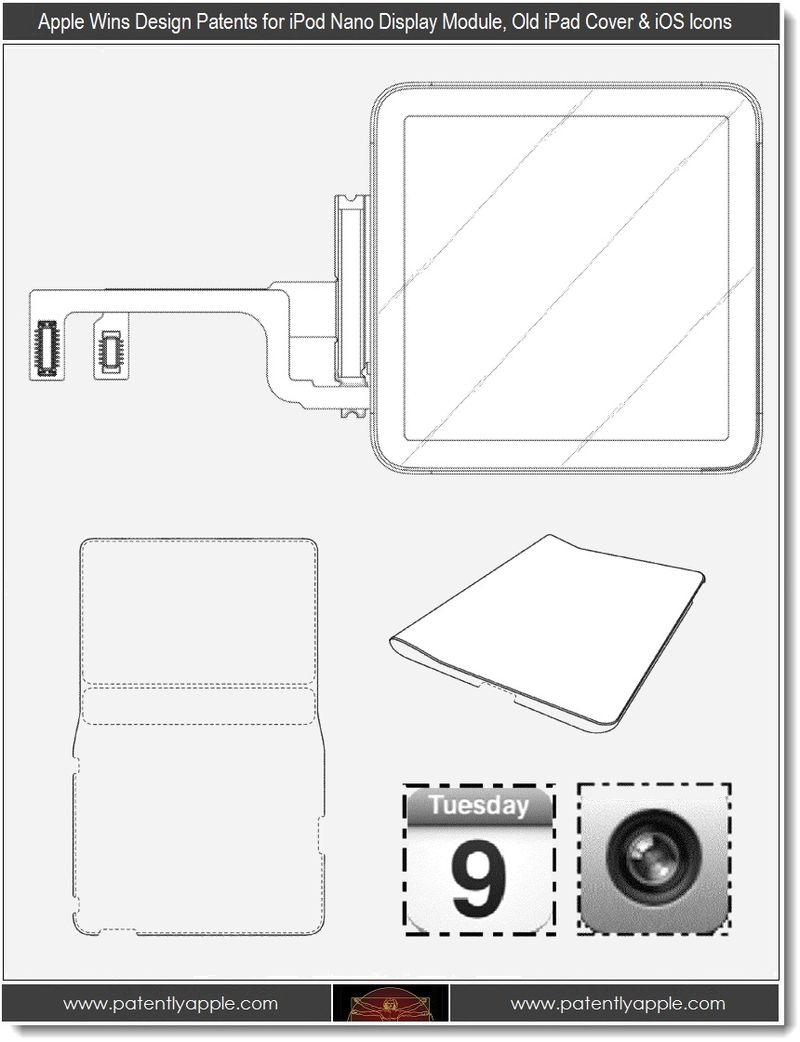 Apple has been granted a patent 8,174,380 for their iPod Shuffle dock 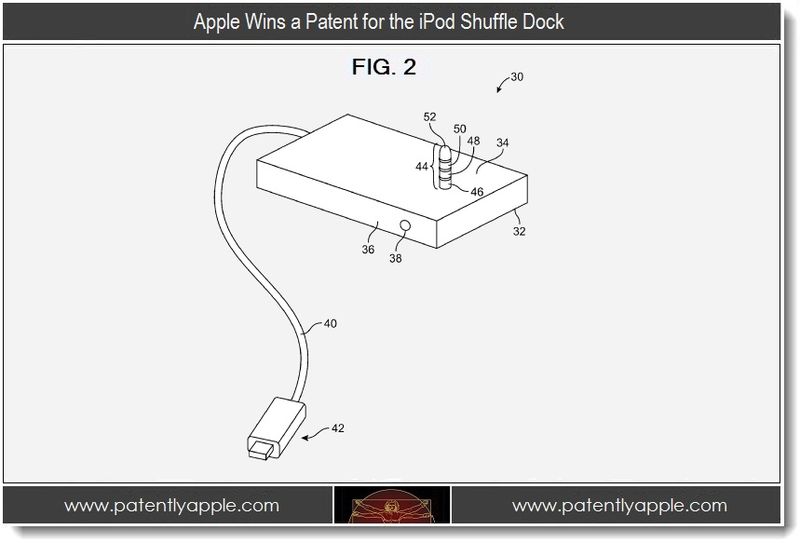 8,171,623 Method of manufacturing a printed circuit board

8,175,266 System and method of performing authentication