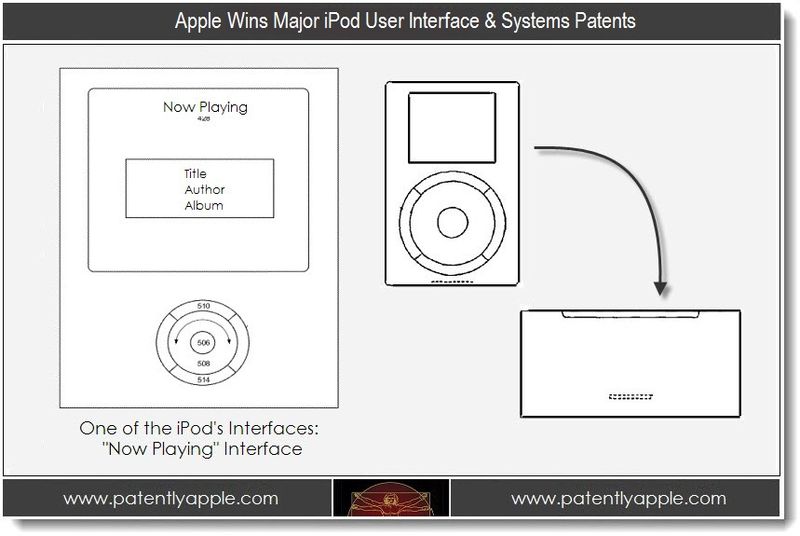 The US Patent and Trademark Office officially published a series of twenty-seven newly granted patents for Apple Inc. today. While this morning's patent report covers seventeen patents in total, our main focus is placed on Apple winning two major iPod patents covering the user interface and the systems behind their media player. Steve Jobs is noted as one of the inventors of the iPod user interface patent which covers a hierarchically ordered graphical user interface including its "home" UI. Will Apple Legal use these fresh new patents to further protect their iDevices? Time will tell.

Apple has been granted a major patent for their iPod user interface and the related systems associated with its operation. Apple's original filing goes all the way back to 2002 and Steve Jobs is noted as one of the inventors. 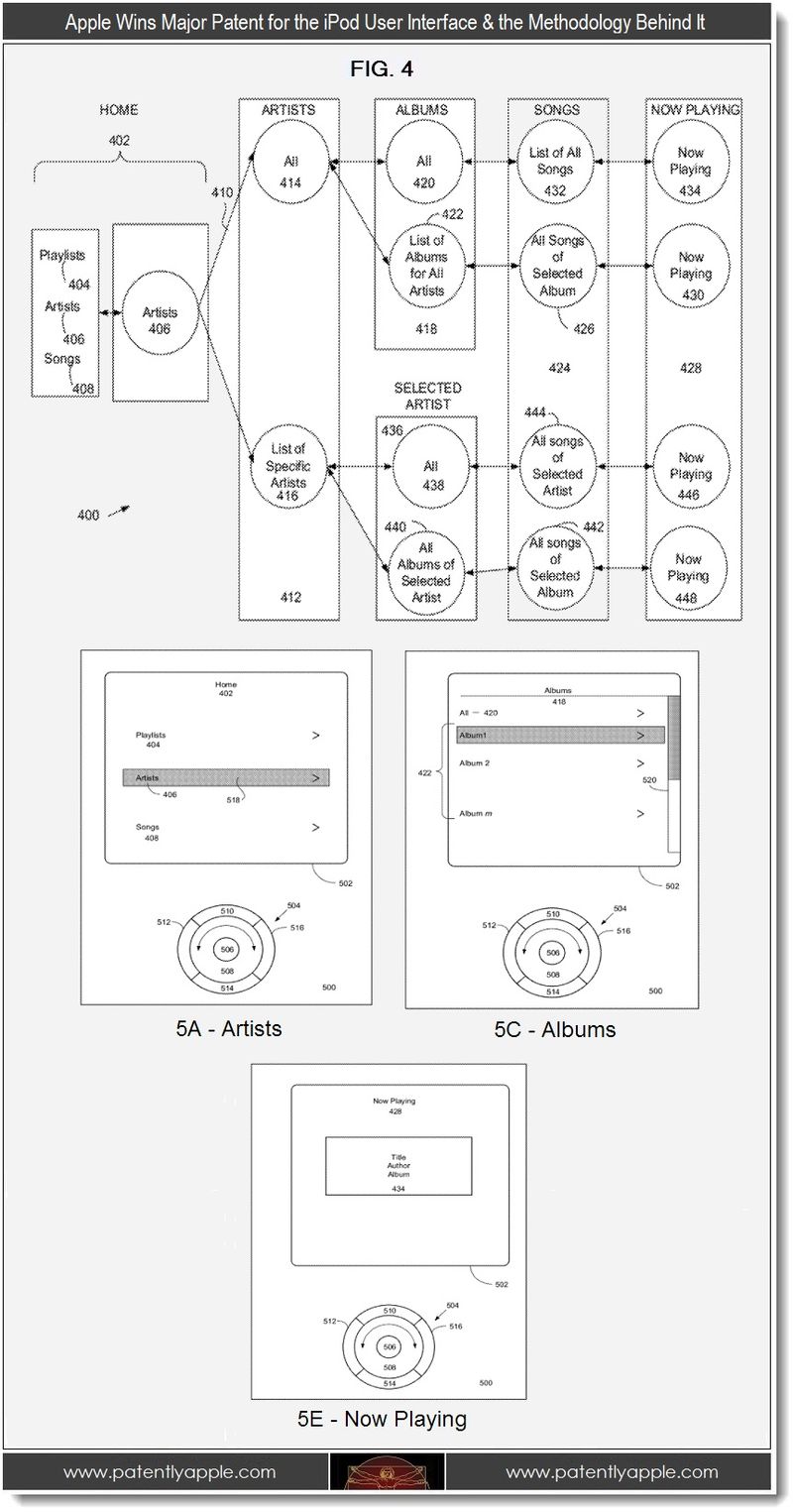 Apple's patent Abstract Reads as Follows: "In a portable multimedia device, a method, apparatus, and system for providing user supplied configuration data are described. In one embodiment, a hierarchically ordered graphical user interface is provided. A first order, or home, interface provides a highest order of user selectable items each of which, when selected, results in an automatic transition to a lower order user interface associated with the selected item. In one of the described embodiments, the lower order interface includes other user selectable items associated with the previously selected item from the higher order user interface."

Apple credits the late CEO Steve Jobs, Jeffrey Robbin, Timothy Wasko (High River Canada), Greg Christie and Imran Chaudhri as the inventors of this granted patent which was originally filed in July 2002 and published today by the US Patent and Trademark Office. This is the second granted patent for this technology. The first was granted in February 2010.

Apple has been granted a second major patent relating to their iPod media player system. Apple credits Anthony Fadell, Stephen Zedesky and John Filson as the inventors of this patent which was originally filed in Q2 2003 (application 13/042,283) and published today by the US Patent and Trademark Office.

Beyond the two key iPod patents granted to Apple this morning, they've also been coincidentally granted another design win for thier iconic media player. Their iPod with a Scroll Wheel version (vs. their Touch Wheel) patent lists the late CEO Steve Jobs as one of the inventors. 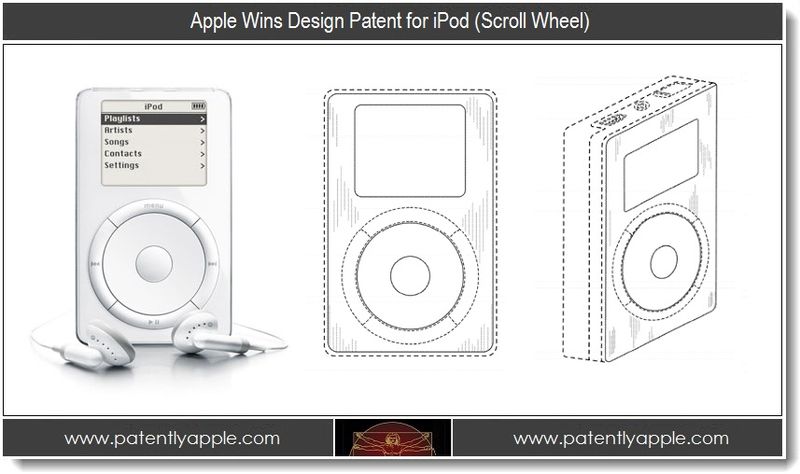 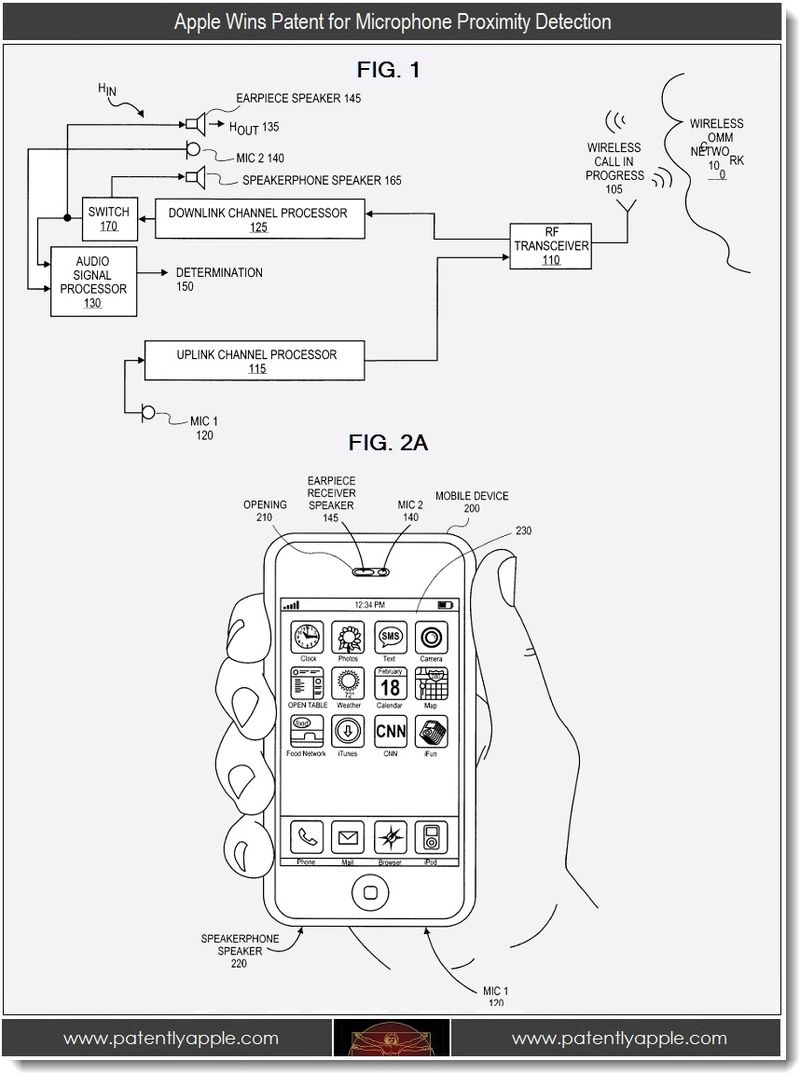 8,190,798 Client device configuration based on information stored by host device

8,190,656 Method and apparatus for managing file extensions in a digital processing system

8,190,123 System for authentication of network usage