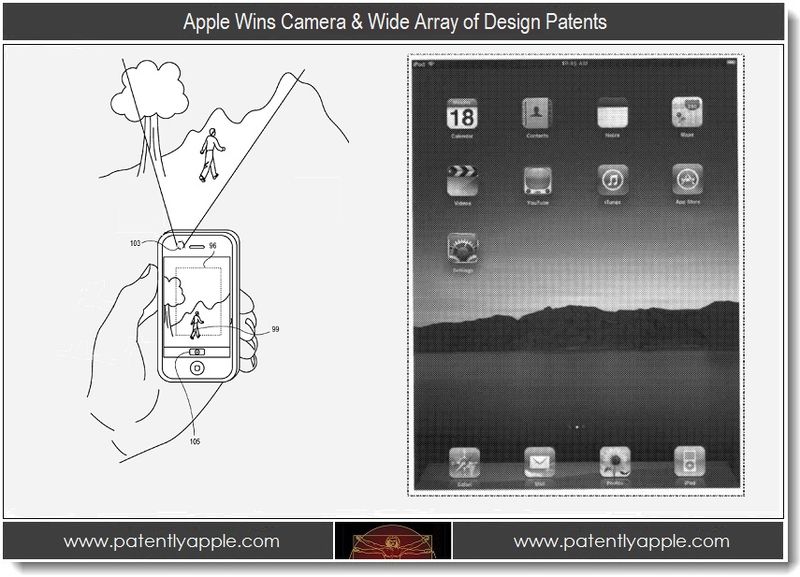 The US Patent and Trademark Office officially published a series of twenty-seven newly granted patents for Apple Inc. today. In our second report of the day we cover a wide array of design wins for Apple covering such things as Apple TV and a possible new icon. In addition, we cover two iOS related camera patents covering exposure and electro-mechanical shutter control.

Beyond our coverage of Apple winning a design patent for an iPod this morning, Apple has won a wide array of new design patents that cover the following: iOS layout for iPad in both graphic and photo forms; iPad Packaging; Apple TV; The "Game Center" icon; a Nike + iPod icon and one that may relate to Keynote. 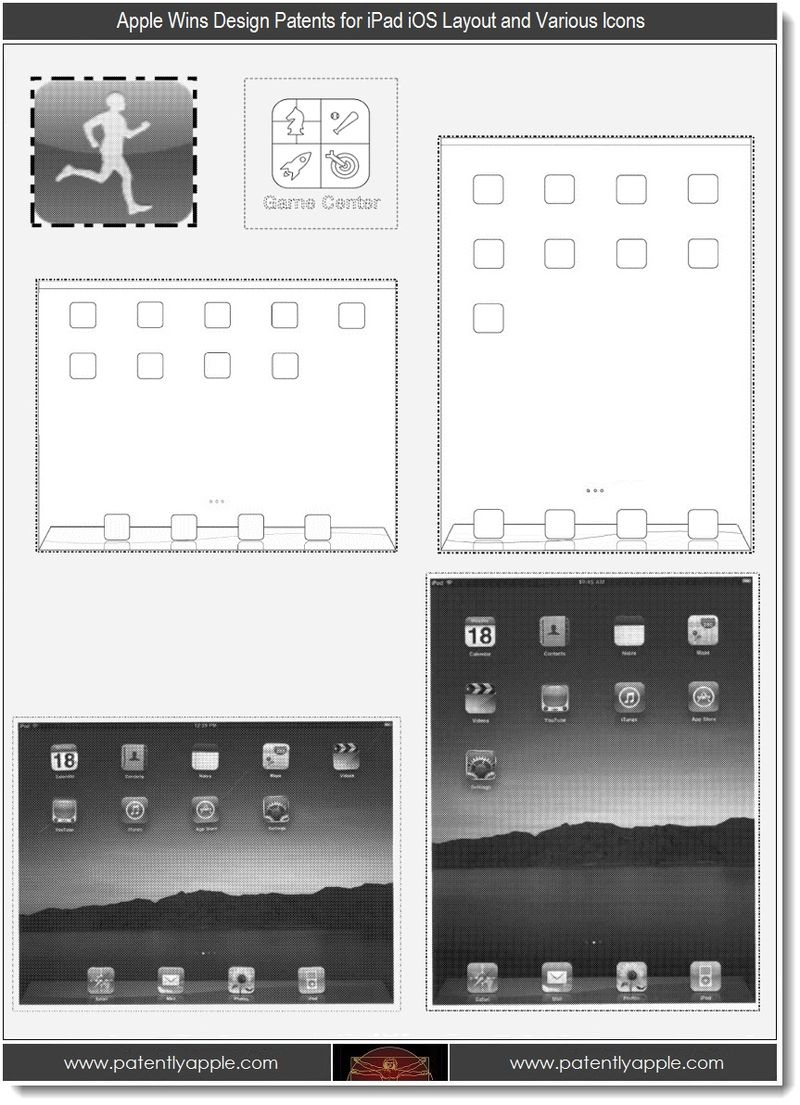 I'm not familiar with the design that seems to be related to Keynote. The design is in fact for the zip-like animation related to these folders. If someone is more familiar with this feature, please use our contact form and help us clarify the exact nature of this particular design. 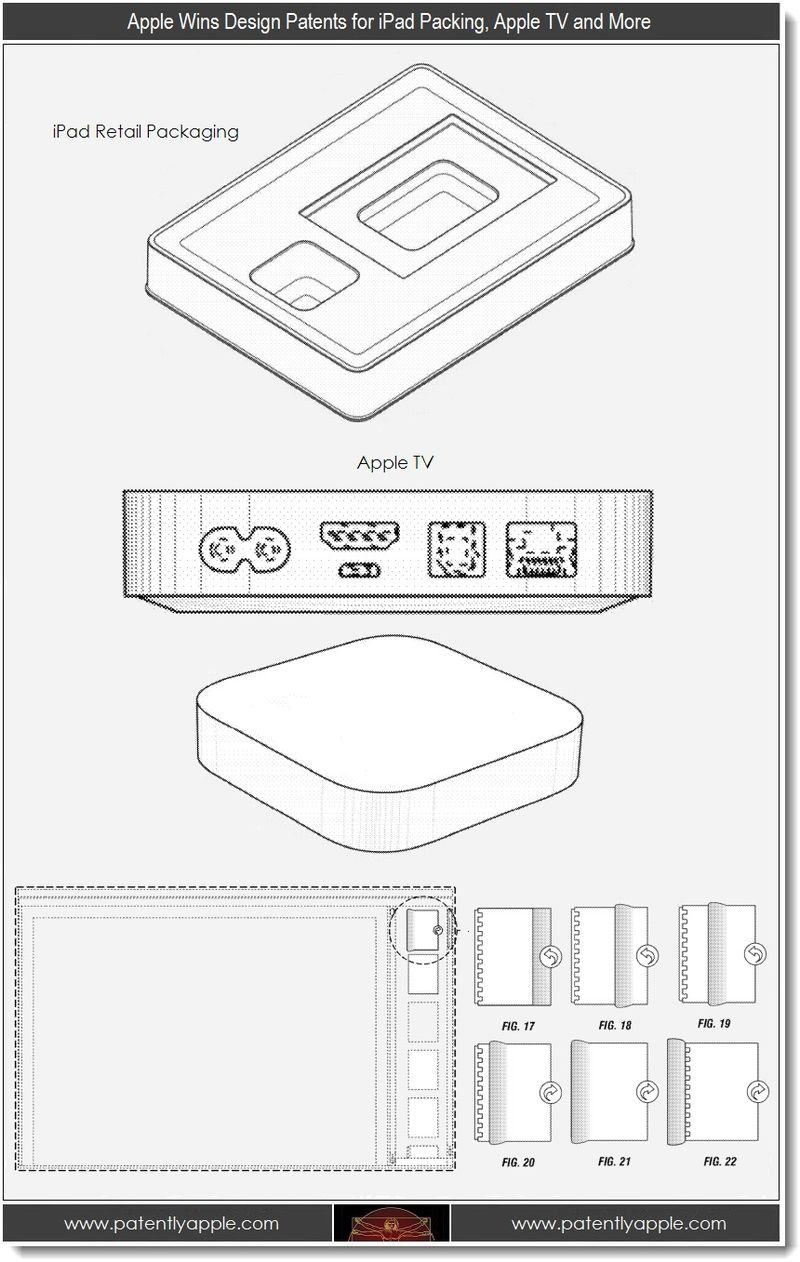 Lastly, I'll point to the Nike + iPod icon above. I'm not familiar with this version of a running icon and I couldn't match it in Google. Is it new, discontinued or just not well publicized? The filing date related to the runner-icon is February 2012. If anyone has an answer, please take a moment and use our contact form and let us know.

Apple has received a Granted Patent that generally relates to cameras and more particularly to determining exposure settings for the image capturing devices. 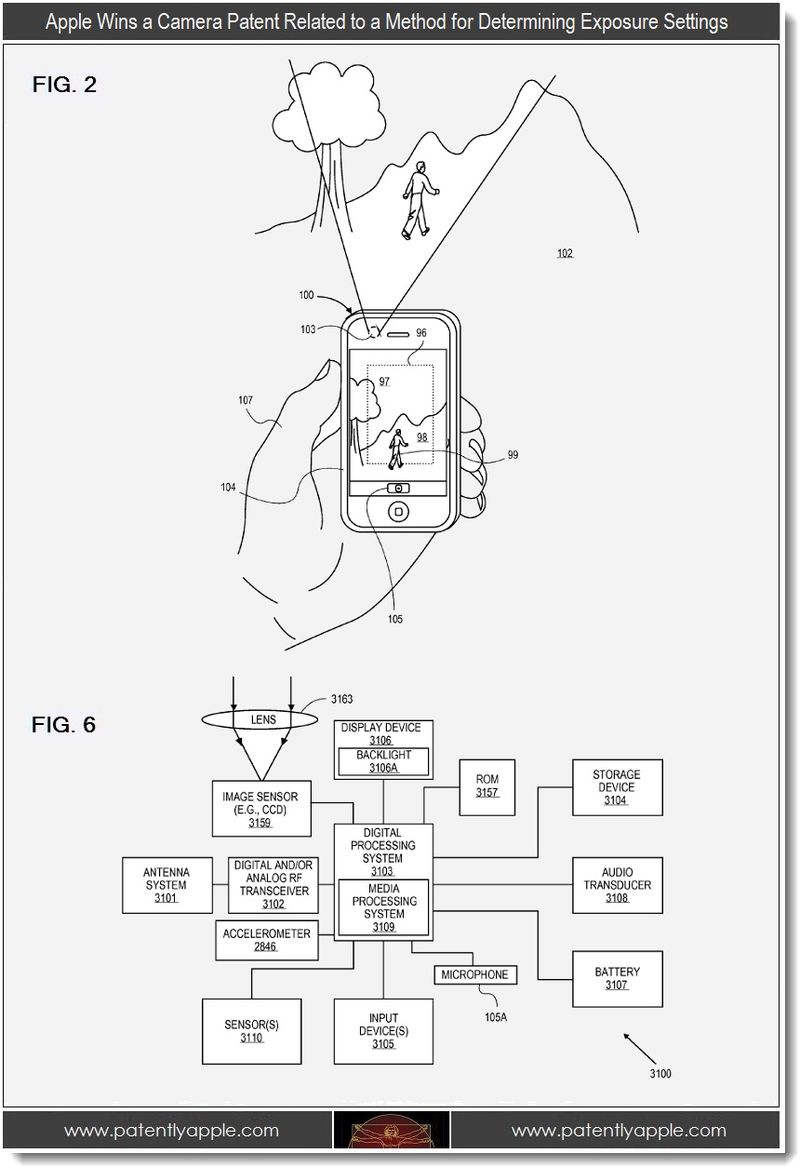 Apple credits Ralph Brunner and Monique Relova as the inventors of this patent which was originally filed in Q2 2009 and published today by the US Patent and Trademark Office. Apple has also been granted for another camera related patent titled "Electro-mechanical shutter control." Patently Apple covered a similar patent a year ago.