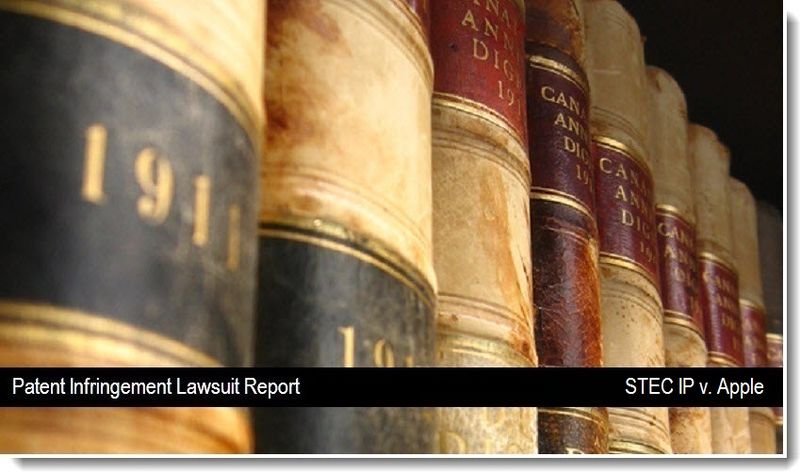 A Delaware based company by the name of STEC IP has launched a patent infringement lawsuit against Apple on Seven counts. The main focus of the infringement case surrounds Apple's iCloud and iTunes related services. The exception is one count that that claims that VPN Tunnels found in Apple's OS X Lion Server violates their patents. Notable in this case is the fact that five out of the seven patents presented in this case were originally granted to Symantec. In a way, the question really becomes, who's really suing Apple?

The following information provides you with a brief rundown of the patents that are being used in a new patent infringement case brought on by STEC IP against Apple Inc. Our report provides you with links and a quick Abstract to each patent. We also include a series of graphics which clearly present ownership of the original patents for your convenience.

In count three some of the verbiage is a little more specific. The complaints states that "Apple operates one or more server farms (comprising, inter alia, servers and computers on a network) that are located in data centers in the United States. On information and belief, Apple's one or more server farms provide and support cloud computing services, including at least Apple iCloud and iTunes services. On information and belief, Apple makes and/or uses a system for monitoring the health of at least some of Apple's servers and computers over a network in its data centers."

One of the notables in this case that stood out is that five out of the seven patents are from Symantec (four form Symantec + one from Veritas that is owned by Symantec) as noted below. 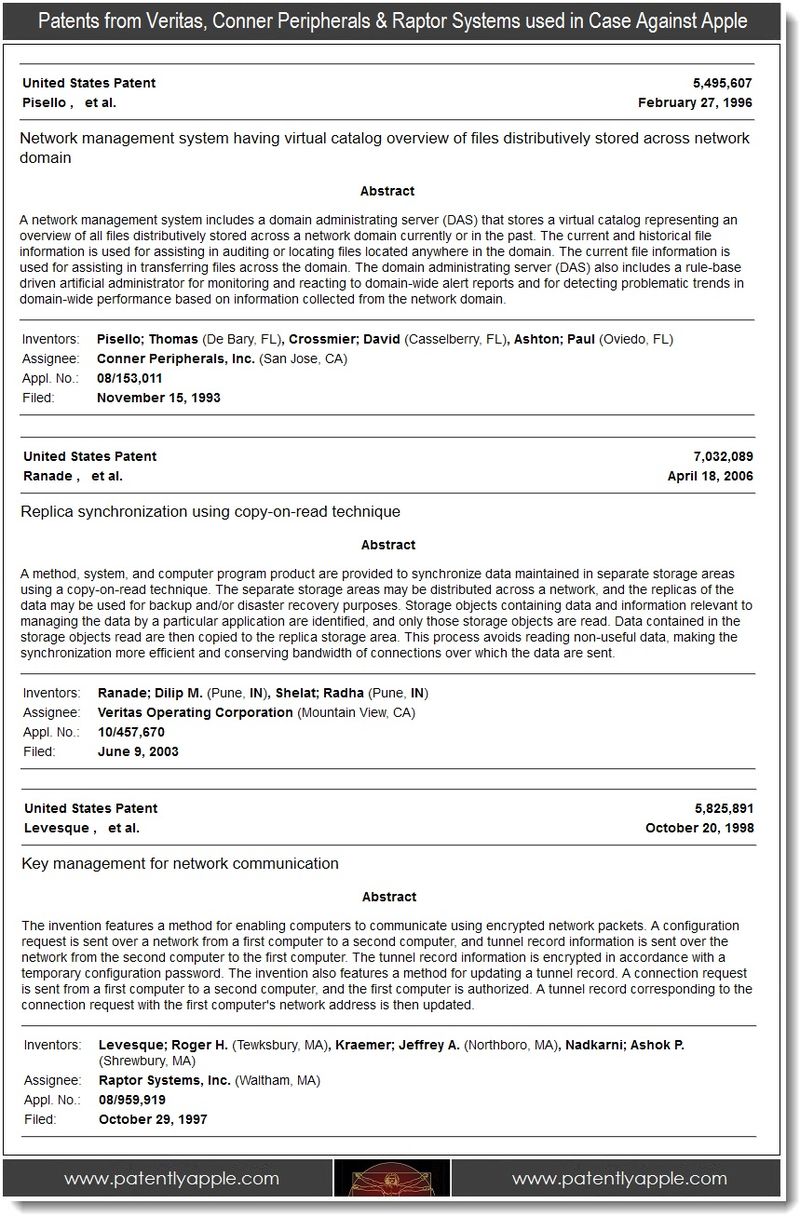 The case was filed in the United States District Court for Delaware. No judge has been assigned as of yet. STEC IP is seeking a "reasonable royalty" in this case against Apple.

It should also be noted that GlobeNewswire is reporting that STEC IP has also recently filed suits against Amazon.com, Amazon Web Services, Google, Microsoft, and Oracle.

Who's Desperate? It actually looks very calculated to me and using Symnantec patents is sure to get the jury's interest. Symantec isn't a stupid company.