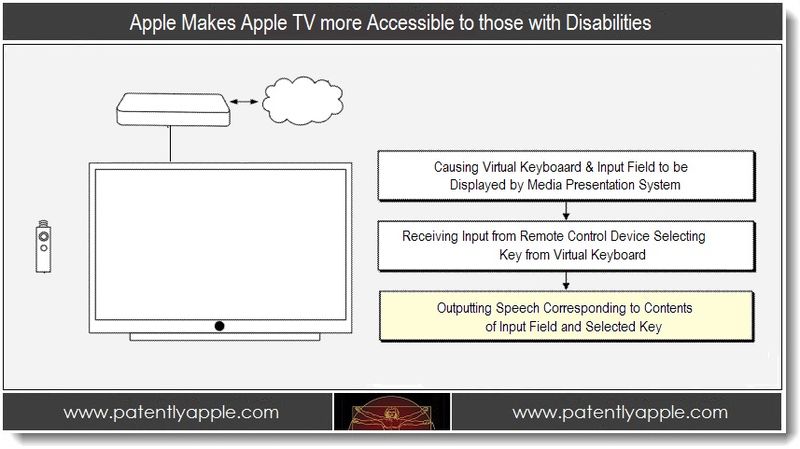 On May 10, 2012 the US Patent & Trademark Office published a patent application from Apple that relates to Apple TV. More specifically, Apple's patent is about making Apple TV more accessible to those with disabilities. Additionally, new Nike + iPod patents have surfaced today from both Apple and Nike that claim that they've made improvements to the system while one last entry today briefly touches on new location based technology relating to beacon-based Geofencing.

A digital media receiver (DMR) is a home entertainment device that can connect to a home network to retrieve digital media files (e.g., music, pictures and video) from a personal computer or other networked media server and play them back on a home theater system or television. Users can access the content stores directly through the DMR to rent movies and TV shows and stream audio and video podcasts. A DMV also allows a user to sync or stream photos, music and videos from their personal computer and to maintain a central home media library.

Despite the availability of large high definition television screens and computer monitors, visually impaired users may find it difficult to track a cursor on the screen while navigating with a remote control device. Visual enhancement of on screen information may not be helpful for screens with high density content or where some content is not navigable by the remote control device.

Apple TV for the Disabled 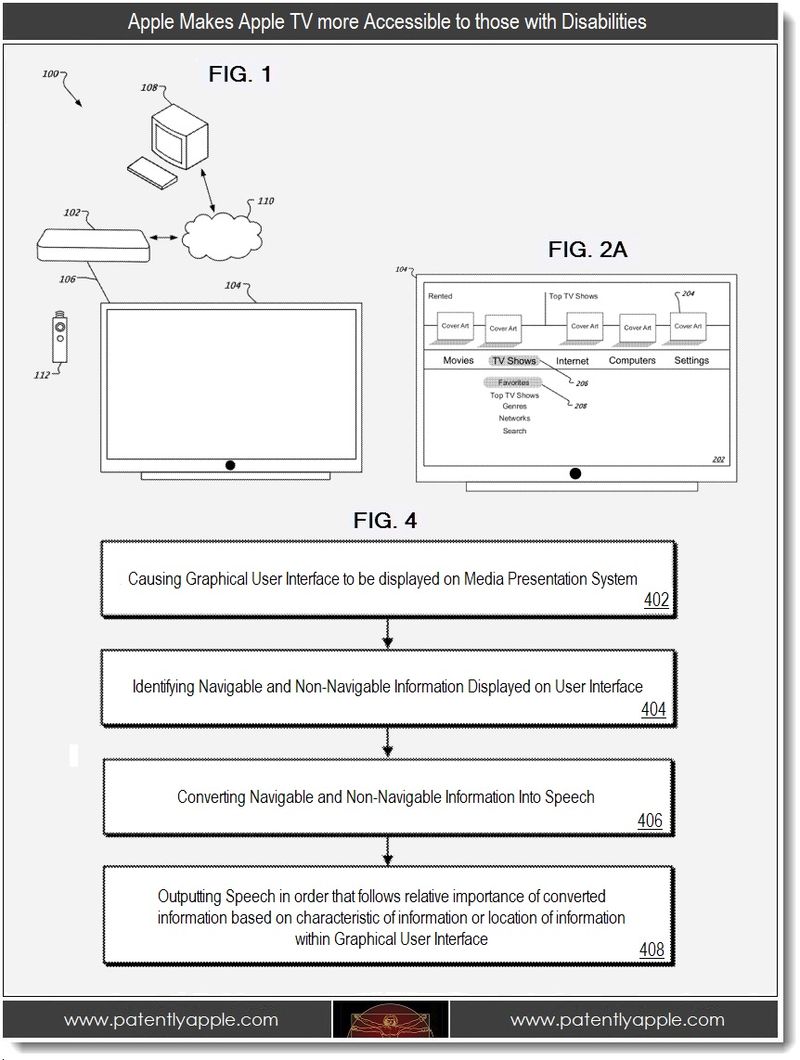 Apple has filed another Nike + iPod related patent today that somewhat resembles a granted patent that they received in December of 2011. However, Apple states that there are "Improved techniques and systems for utilizing a portable electronic device to monitor, process, present and manage data captured by a remote sensor during a physical activity session are disclosed."

While Apple's patent figures don't illustrate anything that consumers would notice as being improvements, I'm sure that there are a series of internal improvements for those willing to study this patent line by line. If you're one of those willing to investigate this further, then check out patent application 20120116684.

Noteworthy is the fact that Nike has filed a new patent application today titled "Monitoring Fitness using a Mobile Device." Some of their patent figures seem to be new user interfaces, at least from the last time that I used the Nike + iPod product. For those of you wishing to investigate this further, check out patent application 20120116550. 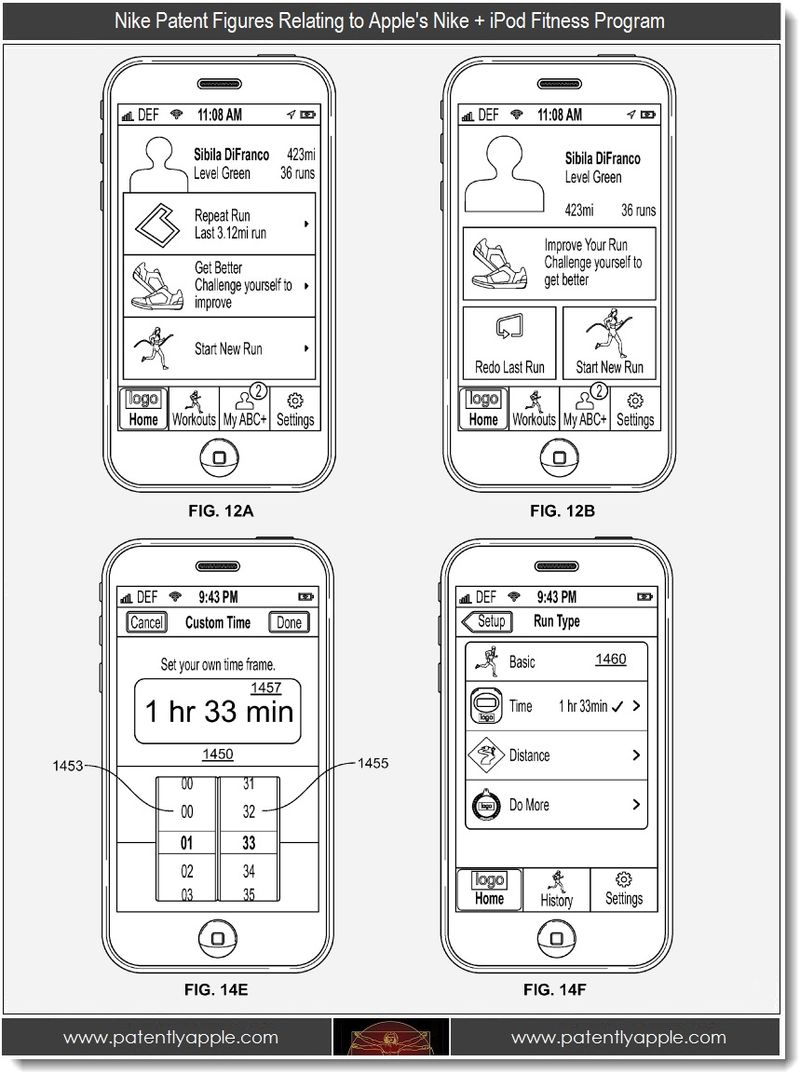 Apple's patent FIG. 1 noted below is an overview of techniques of multi-tier geofence detection. 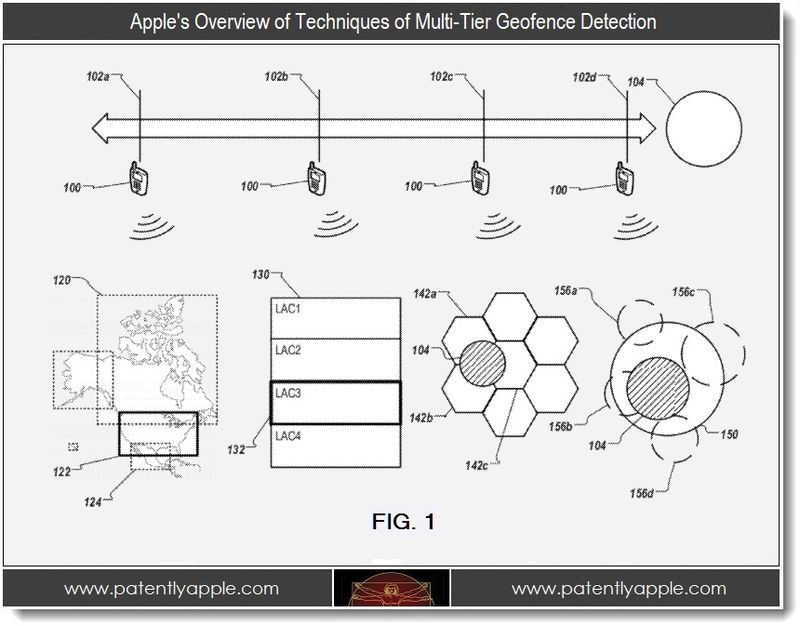