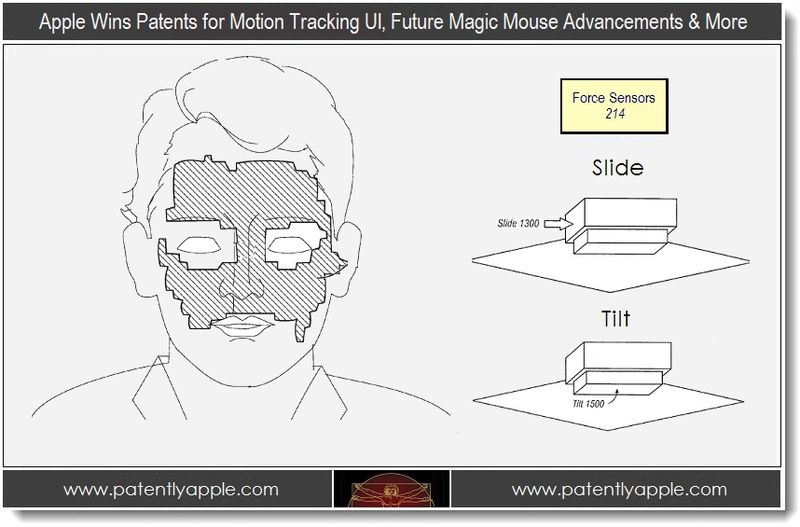 The US Patent and Trademark Office officially published a series of twenty-two newly granted patents for Apple Inc. today. In our third and final report of the day, we mainly focus in on two granted patents. The first one briefly covers a possible future Motion Tracking User Interface that some have dubbed a head tracking interface. This would of course work like a charm with Apple's patent pending 3D version of OS X. The second patent covers advancements possibly earmarked for a future iteration of Apple's Magic Mouse. The advancement cover such things as paint brush stroke capabilities and advanced maneuvering that you'd expect to only find in a video game.

Apple Wins a Patent for a Motion Tracking User Interface

Apple has received a Granted Patent that relates to a user interface that uses motion tracking. In some circles, this is considered a head tracking user interface. The technology could be used in conjunction with an avatar application or used in context with Apple's patent pending advanced 3D interface.

According to Apple's patent, the technology takes advantage of Apple's built-in iSight camera through a process described in the patent in which the camera sets your face up as a profile that replaces the mouse. As an avatar, your three-dimensional head is tracked by the video camera using motion vectors, which gives you the ability to move in six degrees of freedom, including up, down, left, right, backward, forward and free rotation etc. The avatar representation can be broadly applied in computer technology, whether in the form of a three-dimensional model used in computer games, a two-dimensional icon (picture) used on Internet forums or chatting websites. 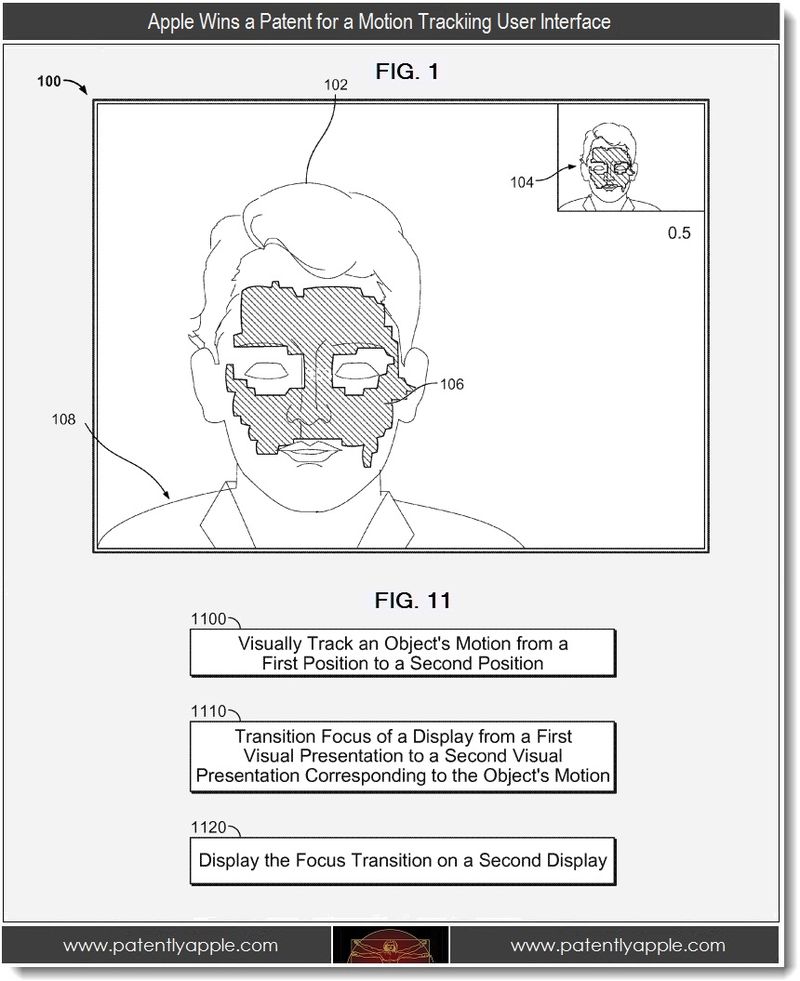 Apple's patent FIG. 1 is a screenshot showing the visual tracking of an object, namely, a head (102) of a user (108) by an iSight camera. In some implementations, the object to be tracked is not necessarily a human head. Any tangible objects can be tracked, such as a pen, a box, a hand, etc.

For more details about this fascinating patent you could review our coverage of this patent in June 2009 or review granted patent 8,159,458 to review Apple's 24 patent claims. Apple credits Kevin Quennesson as the sole inventors of this patent which was originally filed in Q4 2007.

Apple has received a Granted Patent that relates to the field of data input. More particularly, the present invention is directed in one exemplary aspect to an input device adapted to process combinations of force and velocity data. Apple's patent covers advances to the Magic Mouse that will allow it to take on different capabilities and functions like Slide, Tilt, Tap, and used to mimic a fine painters Brush. You could review other finder points in Patently Apple's January 2010 patent application report titled "Apple Could Advance Gaming & Paint in Magic Mouse Upgrade."

Apple credits Omar Leung as the sole inventor of patent 8,159,455 which was originally filed in Q3 2008. The patent covers 41 patent claims.

Apple has been granted design patents for their 13" MacBook Pro, power adapter and 2010 Mac Mini with an optical drive which was removed in 2011. 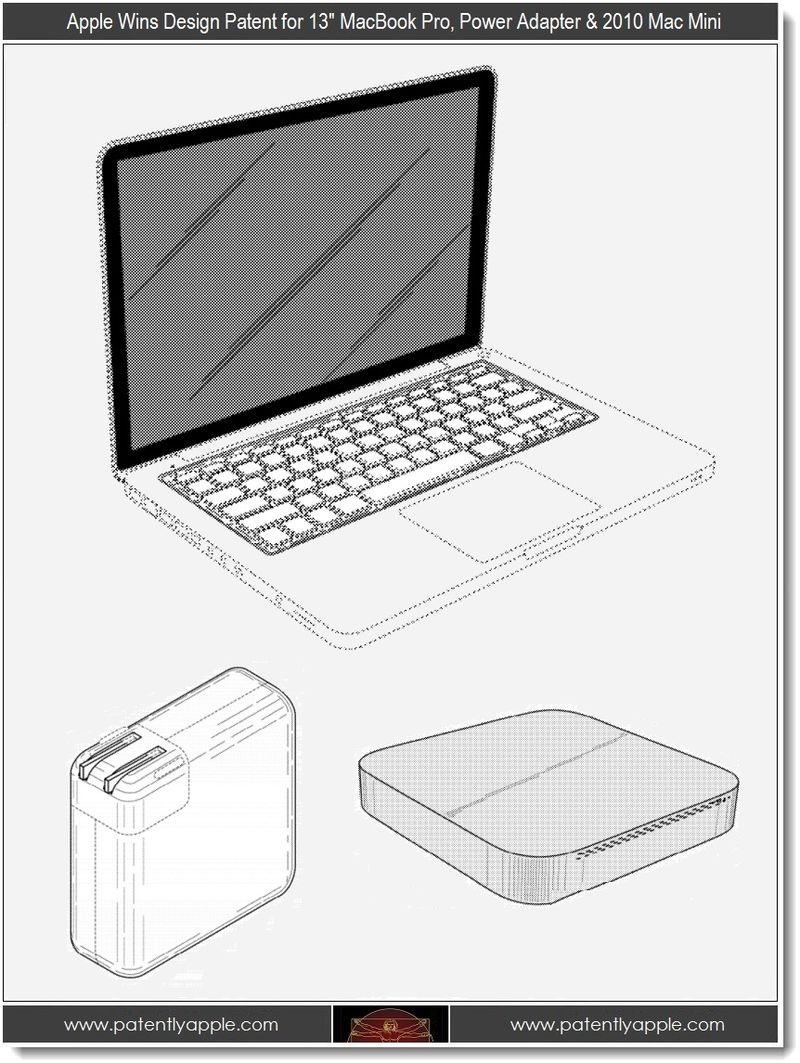 8,161,373: Preventing the inclusion of a reference to a host cell in a formula

8,160,991 Automated estimation of a country where a client computer is configured to operate

8,160,008 Techniques for channel sounding in a wireless communication system

8,159,897 Two levels of voltage regulation supplied for logic and data programming voltage of a memory device